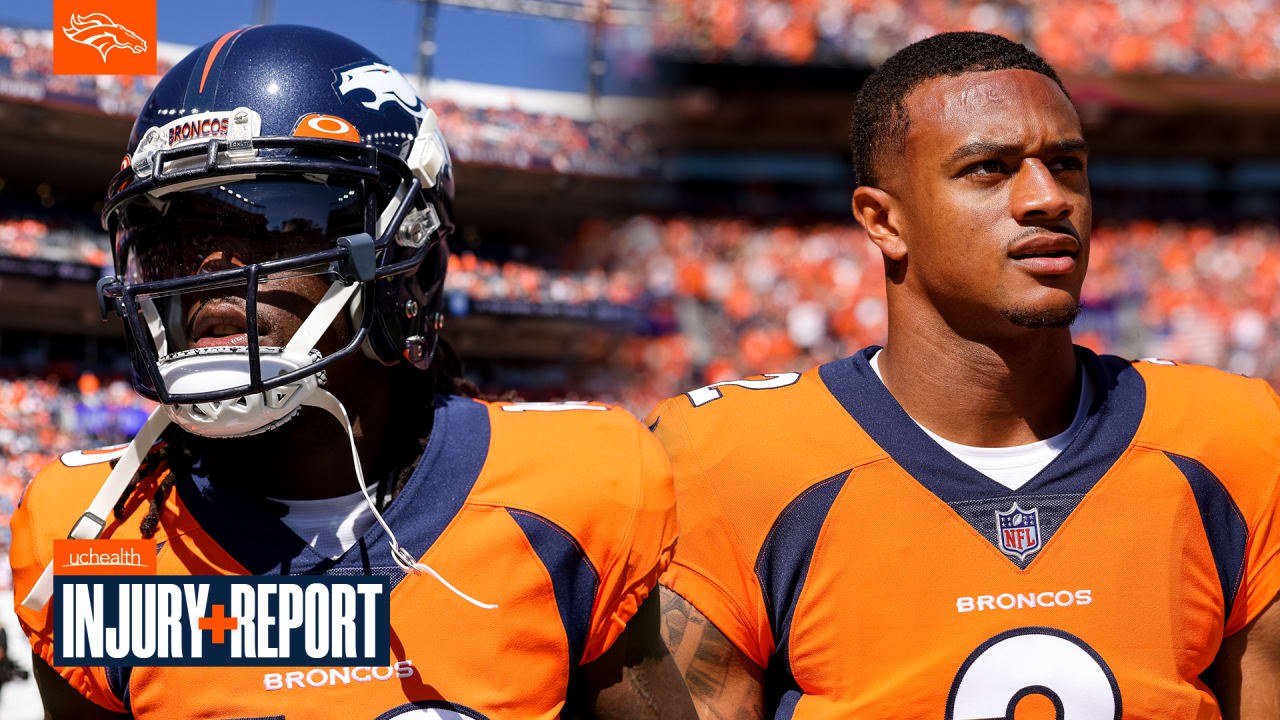 Wide receiver Jerry Jeudy, who left Monday’s first-quarter win over the Texans with a rib injury, did not return to the game. Neither did star cornerback Pat Surtain II, who only played 25 snaps after suffering a shoulder injury.

But after further evaluation, Hackett said, both players will just be “day to day” as they recover.

“Good news from them – it will be day to day,” Hackett said. “So we thought those two injuries might be bigger and longer. So we’re glad they’re day-to-day. I don’t know if they’ll be able to. [play in] the game, but we hope. Fingers crossed for that.”

Prior to their injuries, Jeudy had one reception for 11 yards and Surtain made two tackles.

Meanwhile, the Broncos could see the return of two more starters in inside linebacker Josey Jewell and offensive lineman Billy Turner. Jewell has been sidelined with a calf injury since the first week of regular season practice, and Turner has steadily progressed upon his return from a knee injury.

“They’re very close,” Hackett said. “We hope they will both train; at the moment we expect that. They are day to day. We will see how it goes.”