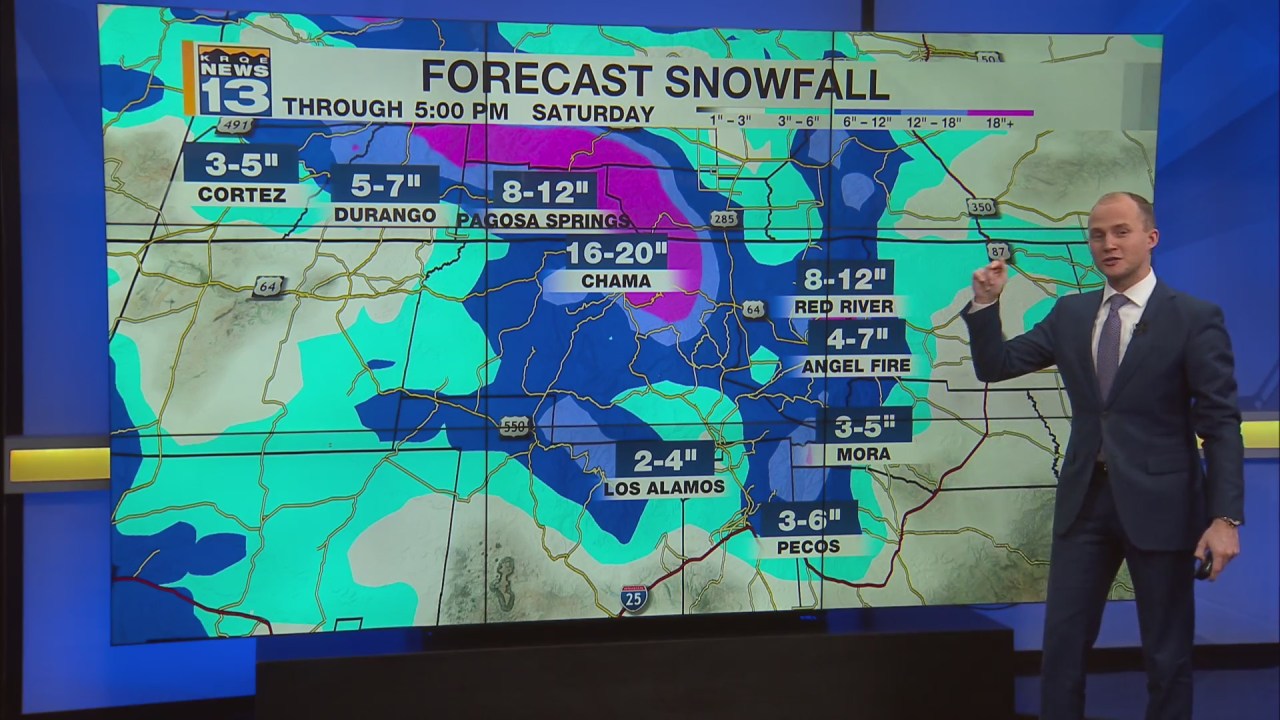 NEW MEXICO (KRQE) – Snow and wind will return to western, central and northern New Mexico by New Years Eve. Some travel issues may be possible to start on New Years Day .

Our next storm system will move across the state Thursday afternoon with rain pushing in the southwestern part of the state and snow developing in western New Mexico. Snow and rain in the valley will increase in coverage and intensity by Friday morning, but snow levels could drop in some valley bottoms, including Albuquerque, by Friday morning before rising above the point freezing in the late morning.

Temperatures will drop again on Friday evening, bringing snow levels back to the valley bottoms. More heavy snow will also develop in western and northern New Mexico overnight, with a possibility of light snow in the Albuquerque Metro once again. Travel issues will likely be by New Years morning in western and northern New Mexico, as well as the Santa Fe subway, eastern mountains, and southwest Colorado.

The skies will clear on Saturday afternoon, giving way to mostly sunny weather. A backdoor cold front will bring light snow to northeastern New Mexico through early Saturday afternoon. Colder weather will set in for the weekend as well, particularly on Sunday mornings as very cold air comes in. Temperatures start to rebound early next week with the onset of drier weather. It looks like our active weather regime that brought beneficial snow and humidity to parts of New Mexico will end for the time being after this storm system on New Years Eve.