Why Vladimir Putin’s New Russian ‘Pivot to Asia’ Will Fail 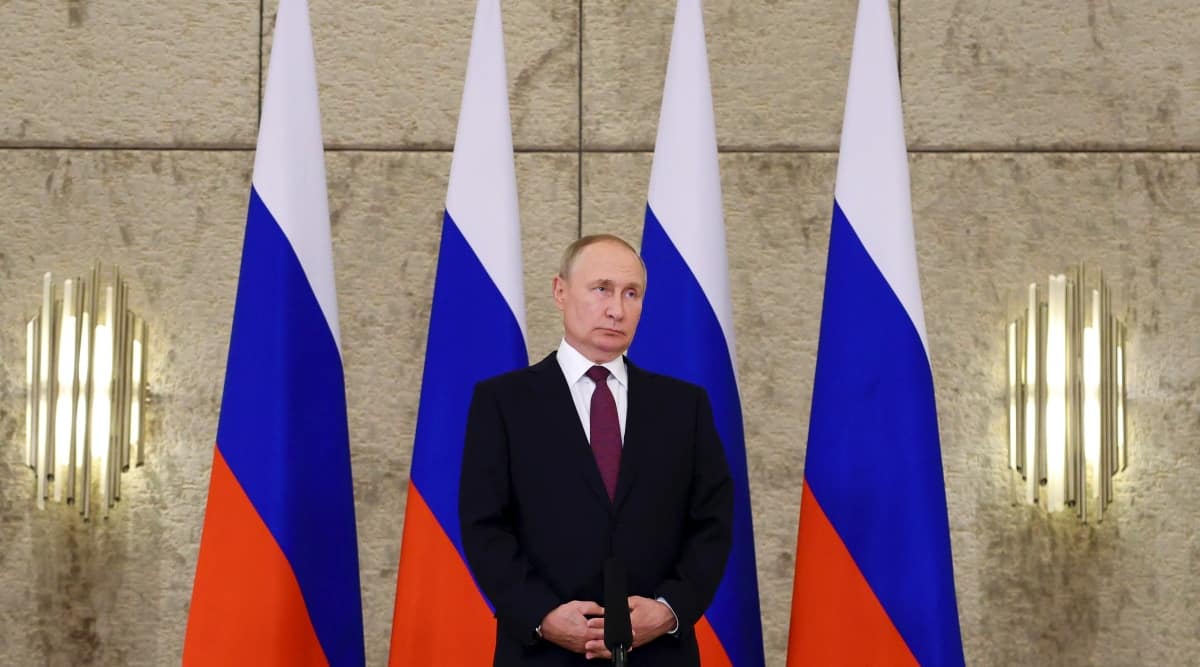 Speaking at the Eastern Economic Forum in early September, Russian President Vladimir Putin again pledged to decouple his country’s economy from EU states that have imposed heavy sanctions on Russia.

The same EU countries have been trying to untangle their energy policies from Moscow since the invasion of Ukraine in February – and instead strengthen their ties with Asia.

“The role…of countries in the Asia-Pacific region has increased significantly,” Putin said at the forum in the Russian port city of Vladivostok, adding that Asia holds “huge new opportunities for our people”.

The recently updated Russian naval doctrine, released on August 31, also aims to strengthen its military presence in the East.

Russia’s economy was hit hard by international sanctions imposed earlier this year, even though the government estimates it will shrink by only 3% in 2022.

“It is both a geopolitical necessity and a genuine desire to position Russia as a source of energy, resources, defense equipment and, in some cases, nuclear technology for growing Asian economies,” said Philipp Ivanov, chief executive of Asia Society Australia. , a think tank.

Analysts have suggested that Putin’s latest pivot will be just as unsuccessful as his 2012 Asian bent, dubbed Moscow’s “Turn East” policy.

“I would say another failure because, again, Russia doesn’t have much to offer the region strategically or economically,” said Joshua Kurlantzick, senior Southeast Asia researcher. at the Council on Foreign Relations.

Indian Prime Minister Narendra Modi said Moscow must “commit to the path of peace” after attending a regional summit with Putin in Uzbekistan last week. Putin has publicly acknowledged that Chinese President Xi Jinping has “questions and concerns” about the war.

Commentators believe that Moscow has made itself even more of a “junior partner” of Beijing since its invasion of Ukraine.

Trade with South Korea reached $27.3 billion in 2021, but Russia accounts for just over 2% of South Korea’s total trade. And the two Western-leaning Asian states have aggressively engaged in Western sanctions, hampering their trade with Russia this year.

Singapore has imposed its own unilateral sanctions on Russia over the invasion of Ukraine, the only Southeast Asian country to do so.

As part of the first pivot, the Association of Southeast Asian Nations (ASEAN) transformed its ties with Russia into a “strategic partnership” in 2018, four years after Russia “annexed” the Crimea, part of Ukraine. Yet ASEAN-Russia trade only reached around $20 billion in 2021, down from $18.2 billion in 2012.

Although most Southeast Asian countries have tried to stay neutral on the war in Ukraine, even Russia’s traditional friends have grown distant. Since 1990, Russia has been the main supplier of military equipment to the region, according to data from the Stockholm International Peace Research Institute (SIPRI).

In August, the Philippines canceled a contract to purchase 16 Russian military helicopters, allegedly under pressure from the United States.

Vietnam – which bought four-fifths of its military equipment from Russia between 1995 and 2021 – fears it will fall under the US CAATSA law (Counting America’s Adversaries Through Sanctions Act), which threatens sanctions on any country that buys arms to Russia.

The main Asian importers of Russian military equipment were already turning away before the war from Ukraine. Russian arms exports to India and Vietnam fell by 47% and 71%, respectively, between the periods 2012-16 and 2017-21, according to a recent SIPRI report.

An exception is the military junta which now controls limited areas of Myanmar. Russia has been the junta’s main international benefactor since its February 2021 coup, providing weapons, aid and cheap energy.

“Myanmar’s junta has embraced Putin’s regime with open arms as a partner to avoid overreliance on Beijing, but the ‘alliance’ is based on mutual desperation and shared authoritarian political systems,” said Hunter Marston, researcher and analyst at the Australian National University in Canberra. .

If Min Aung Hlaing, the junta leader, or Putin lost his grip on power, Myanmar-Russia relations would likely suffer a major setback, Marston said, “so the relationship is not sustainable at this stage. “.

According to Frederick Kliem, a researcher and lecturer at Singapore’s S Rajaratnam School of International Studies, no ASEAN member “sees its economic future with Russia” except Myanmar under the junta.

However, one area where Russia could make friends is in energy cooperation, he added. Many Asian countries are debating whether to pursue nuclear power generation as investment in their renewable energy sectors booms.

In July, the Indonesian government said it was considering a Russian offer to develop a nuclear power plant. In the same month, NovaWind – a subsidiary of Russian energy giant Rosatom – signed an agreement with Vietnam to develop a 128 MW wind farm, its first overseas project.

Asian imports of Russian liquefied natural gas (LNG) have increased since the start of the war in Ukraine. Imports from Japan increased by 211% in August, compared to the same month last year, for example. The Indonesian government, which is not a regular importer of Russian gas, said this week it was considering imports to offset soaring energy costs.

But analysts doubt this is a long-term strategy for Russia, as many Asian countries have only increased imports of Russian gas because of its historically low price due to Western sanctions. However, these rates might not stay that low for long.

Due to soaring inflation, fears of food insecurity and rising costs of living, Asian governments are eager to see an end to the Russian-Ukrainian war, analyst Shada Islam said. independent of relations between Europe and Asia.

“This does not mean, however, that the governments and peoples of the region are under any illusions about the real geostrategic rationale behind Putin’s new court in Asia as he seeks allies in his battle with the West,” she added.

“Most Asian countries have learned the hard way to avoid being used as pawns of so-called great powers on the geopolitical chessboard. Russia’s latest “pivot” to Asia will be no more successful than its lackluster latest attempt to up its game in the region.