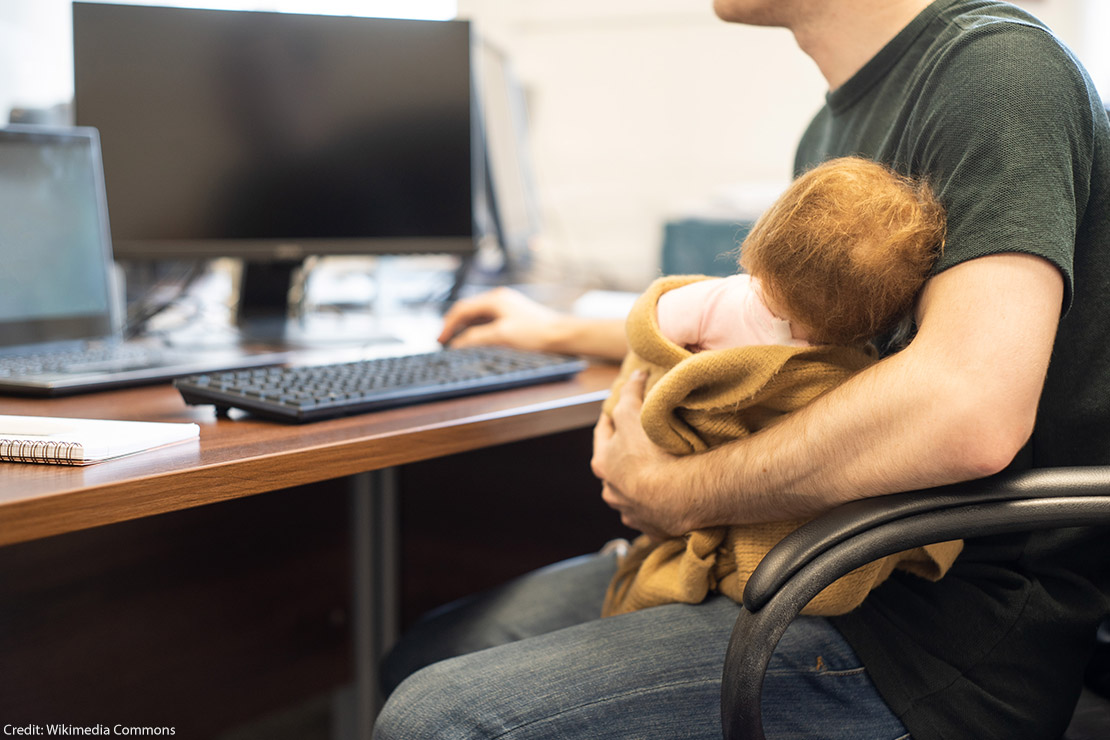 When Transport Secretary Pete Buttigieg said he would take time off from his cabinet post to spend time with husband Chasten and two new children, he was roundly mocked in homophobic and misogynistic terms. The criticism has come from people – mostly men – who mistakenly believe that family leave and, by extension, childcare are solely the preserve of women and inherently feminizing forms of work.

But, as the secretary clarified in his response, raising a newborn is “joyful work. It’s wonderful work, but it’s definitely work. Paternity leave helps fathers bond with their newborns and helps share childcare work more equally – while helping, in households with different-gender parents, to reduce growing burnout and postpartum complications in new mothers. Yet relatively few fathers take advantage of the guaranteed 12 weeks of unpaid family leave required by the Family and Medical Leave Act (FMLA), and those who do tend to take less time than mothers – only 5% of fathers have already taken at least two weeks of paid family leave. Universal paid family leave could help address this disparity.

The United States is the only country among its wealthy peers that does not guarantee universal paid family leave. While a growing number of US states have some form of paid vacation program, the vast majority do not. And the small number of unpaid leaves guaranteed by the FMLA covers just over half of all American employees. Compare that to countries like Japan, Austria, Norway or Poland, all of which offer more than a year of paid family leave. American parents from low-income households — especially black and Latino parents — are also much less likely to be able to afford to take a long break from work, as long as that leave is unpaid.

While some employers may offer paid family leave policies, they tend to be wealthier and larger employers: Overall, only 17% of workers in the United States have access to paid family leave. And even among the few companies that offer paid time off, gender inequality persists. Of course, workplace policies should provide time off for pregnancy complications or to recover from childbirth. But when it comes to parental or liaison leave, these must be available on an equal footing for men and women.

Yet even though we’ve seen gains in this area over the past few years, some employers still haven’t gotten the memo. Some still officially offer more leave to mothers than to fathers. Others simply apply their policies in a biased way – this is what happened to our client, Derek Rotondo, whose employer told him he had to prove his wife was physically incapable in order to take care leave. primaries for her newborn son. (We represented him in a class action lawsuit, which was later settled.)

Employers may think that providing more leave for mothers supports female employees, but in the long run this only fuels the assumption that women will – or should – take responsibility for childcare, hampering their opportunities for advancement in the workplace. And that fuels the stigma of dads wanting to take time off.

The consequences of these persistent inequalities in caregiving were all too apparent during the pandemic, which has seen women – especially low-income women and women of color – disproportionately leave the workforce. paid to take responsibility for distance education and fill other childcare disruptions. In addition to the detrimental consequences this has had on the financial stability of families, the crisis has caused setbacks to workplace equality that may take decades to overcome.

Universal paid family leave would help. Fathers who take paternity leave report stronger emotional bonds and bonds with their children, not only doing the work a newborn needs, but sharing in the fun and promise of their first formative months. But perhaps the greatest benefit appears in mothers with partners who take paternity leave: a reduced risk of serious health complications like postpartum depression and, according to one study, a 7% increase in their own income for each month of leave taken by the father of their child.

Men report fearing both social stigma and economic consequences as reasons why they avoid paternity leave, but childcare is a gender-neutral form of work. Men are just as capable as women of providing the care a newborn baby needs, and the benefits of this action extend to their entire household. Ensuring universal paid family leave could help reduce the sacrifices required of any parent, and fathers have a major role to play in making this dream a reality.