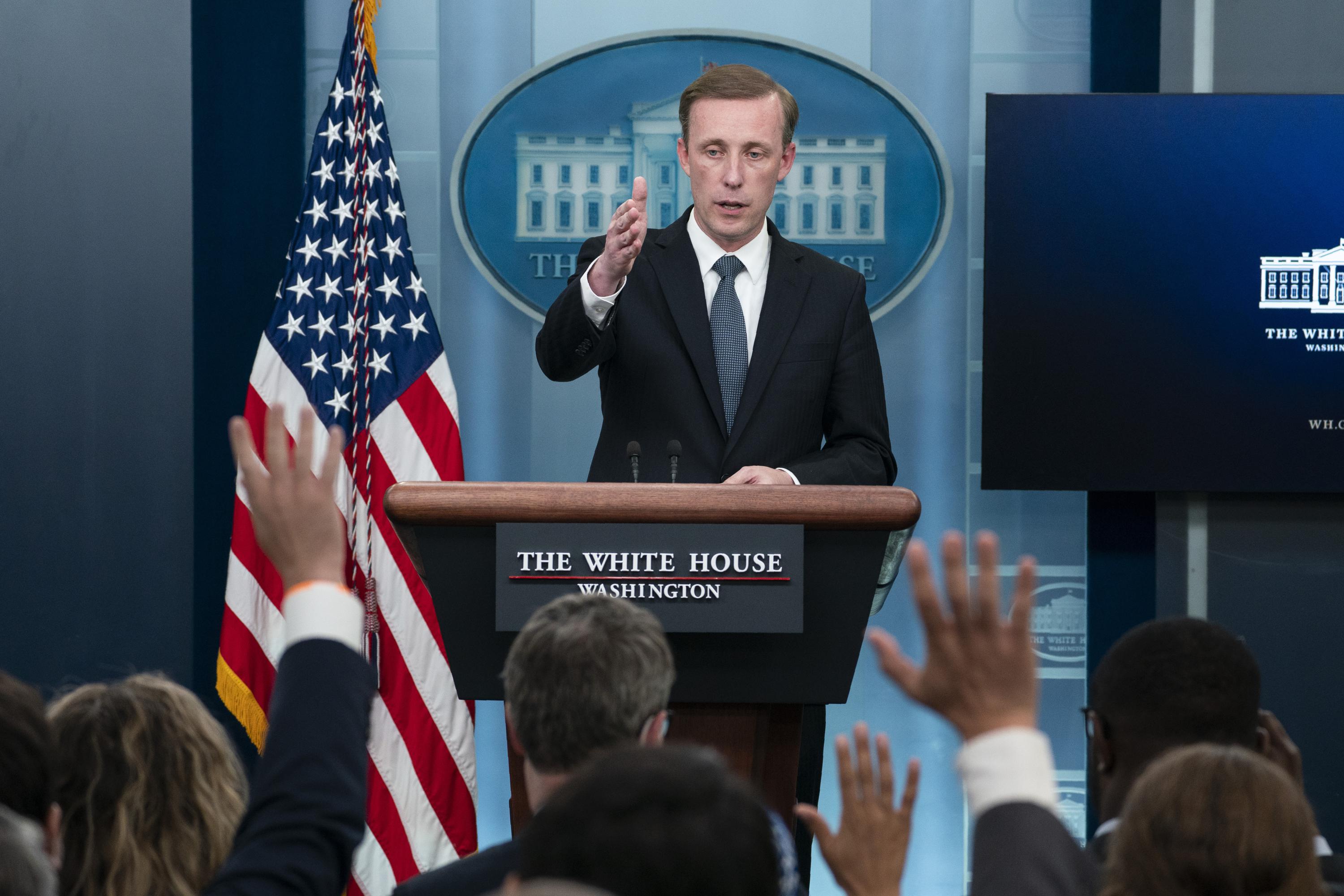 WASHINGTON (AP) — The White House said Monday it believes Russia is looking to Iran to provide it with “hundreds” of unmanned aerial vehicles, including weapons-capable drones, for use in its ongoing war in Ukraine.

US national security adviser Jake Sullivan said it was unclear if Iran had already supplied any of the unmanned systems to Russia, but said the US had “information” indicating that Iran was preparing to train Russian forces to use them as early as this month.

“Our information indicates that the Iranian government is preparing to supply Russia with up to several hundred drones, including weapons-capable drones on an expedited schedule,” he told reporters on Monday.

Sullivan said it was proof that Russia’s crushing bombardment in Ukraine, which has seen it consolidate its gains in the east of the country in recent weeks, ‘has a cost to maintaining its own weapons’ .

Sullivan revelation comes on eve of President Joe Biden’s trip to Israel and Saudi Arabiawhere Iran’s nuclear program and malign activities in the region will be a key topic of discussion.

The US decision to publicly reveal that the two countries’ main regional rival was helping to rearm Russia comes as Israel and Saudi Arabia have resisted global efforts to punish Russia for its invasion of Ukraine because of their national interests.