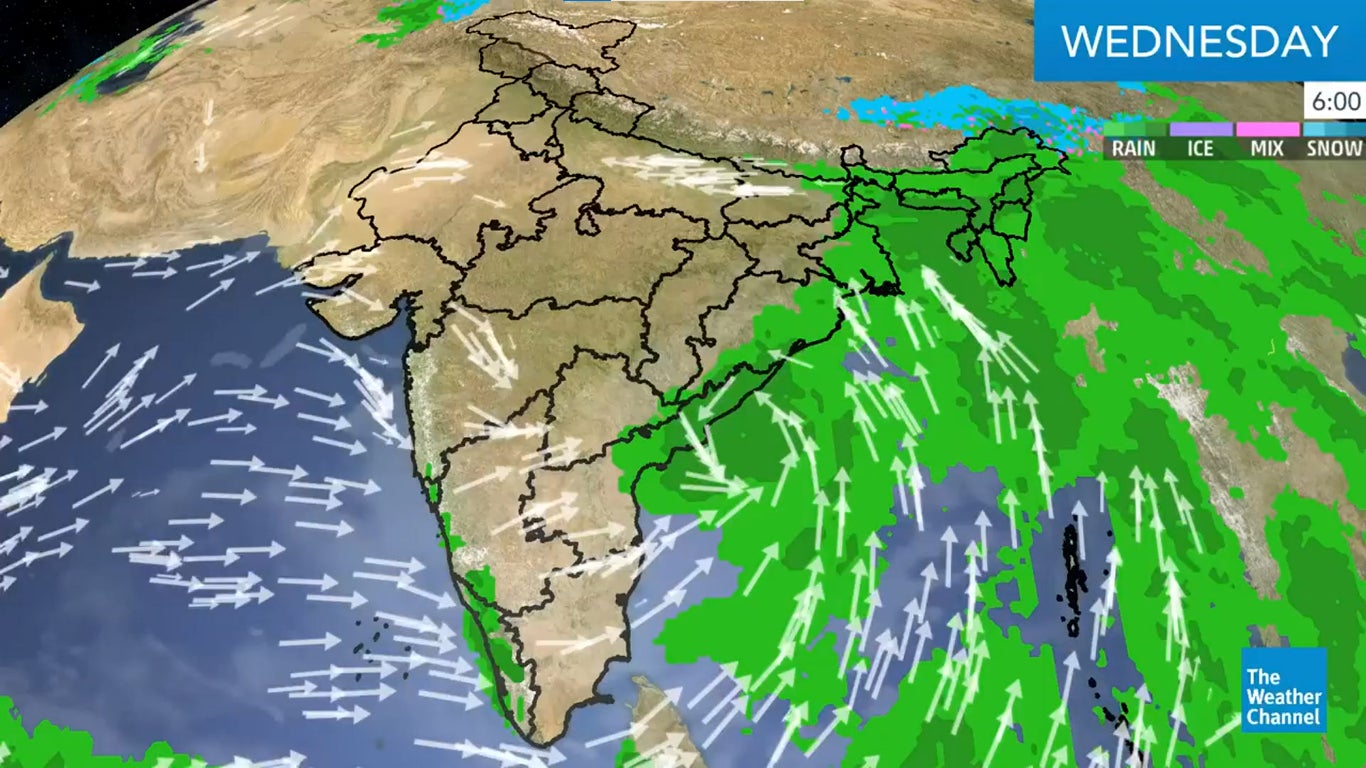 Here is the latest weather forecast for India for the next two days:

Summary of the forecast for the next five days:

the Violent cyclonic storm “Asani” over the mid-west and adjacent south-west of the displaced Bay of Bengal is very likely to move almost northwest and reach the mid-west of the Bay of Bengal near the Kakinada-Vishakhapatnam coasts by Wednesday morning. Thereafter, it is very likely to slowly curve north-northeast and move along the Andhra Pradesh coast between Kakinada and Visakhapatnam, then emerge in the central west and northwest adjacent to the Bay of Bengal off the northern coasts of Andhra Pradesh and Odisha. It is likely to gradually weaken in a cyclonic storm Wednesday morning and into a depression Thursday morning.

The cyclone is likely to bring heavy to very heavy rain in a few places, with extremely heavy isolated falls on the Andhra Pradesh coast and heavy rain in isolated places on the Odisha and West Bengal coast until Thursday.

As a result, the Indian Meteorological Department (IMD) issued a “Red Warning” and “Amber Alert” for the Andhra Pradesh and Yanam coasts on Wednesday and Thursday, respectively. The red alert advises residents to “take action”.

The following weather conditions are likely to occur over the next few days:

The total suspension of fishing operations was announced in the central western Bay of Bengal on Wednesday and in the northwest Bay of Bengal until Thursday. The IMD advises fishermen at sea to return to the coast.

For weather, science, space and COVID-19 updates on the go, download The Weather Channel app (on the Android and iOS store). It’s free!