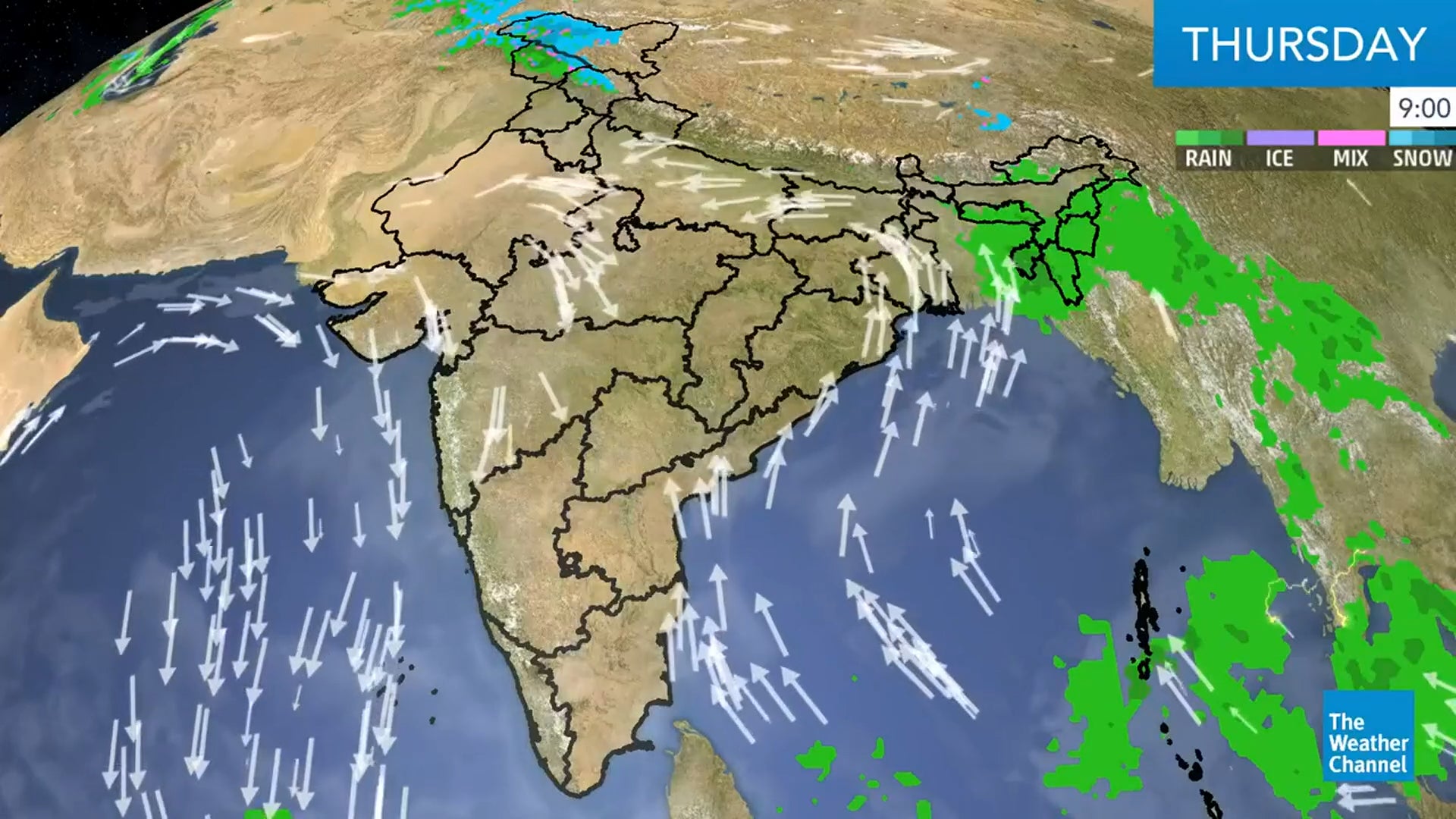 Here is the latest weather forecast for India for the next two days:

Summary of the forecast for the next five days:

Strong southwesterly winds blowing from the Bay of Bengal towards the northeastern states at lower tropospheric levels are likely to cause quite widespread rainfall over Arunachal Pradesh, Assam, Meghalaya, Nagaland, Manipur , Mizoram, Tripura and Sub-Himalayan West Bengal and Sikkim with chances of thunderstorms, lightning and gusty winds over the next five days. Isolated heavy rains are also expected over Assam, Meghalaya from 21-25 April and over Arunachal Pradesh on Friday.

Accordingly, the IMD published a ‘yellow watch’which means “to be updated” for all states except parts of coastal Karnataka, Rayalaseema, Tamil Nadu and Pondicherry for Thursday.

Southwesterly winds are also likely to cause isolated to scattered rainfall with thunderstorms, lightning and gusty winds over Bihar, Jharkhand, Gangetic West Bengal and Odisha over the next couple of days.

A western disturbance over Afghanistan is likely to cause the following weather events:

Due to a combination of the influence of a cyclonic circulation on the southern coast of Tamil Nadu and a trough of Rayalaseema in the lower tropospheric levels, isolated to scattered precipitation accompanied by thunderstorms, lightning and gusts Windy conditions are in the books over Kerala, Mahe, Tamil Nadu, Pondicherry, Karaikal, Karnataka, Coastal Andhra Pradesh and Telangana for the next five days.

For weather, science, space and COVID-19 updates on the go, download The Weather Channel app (on the Android and iOS store). It’s free!