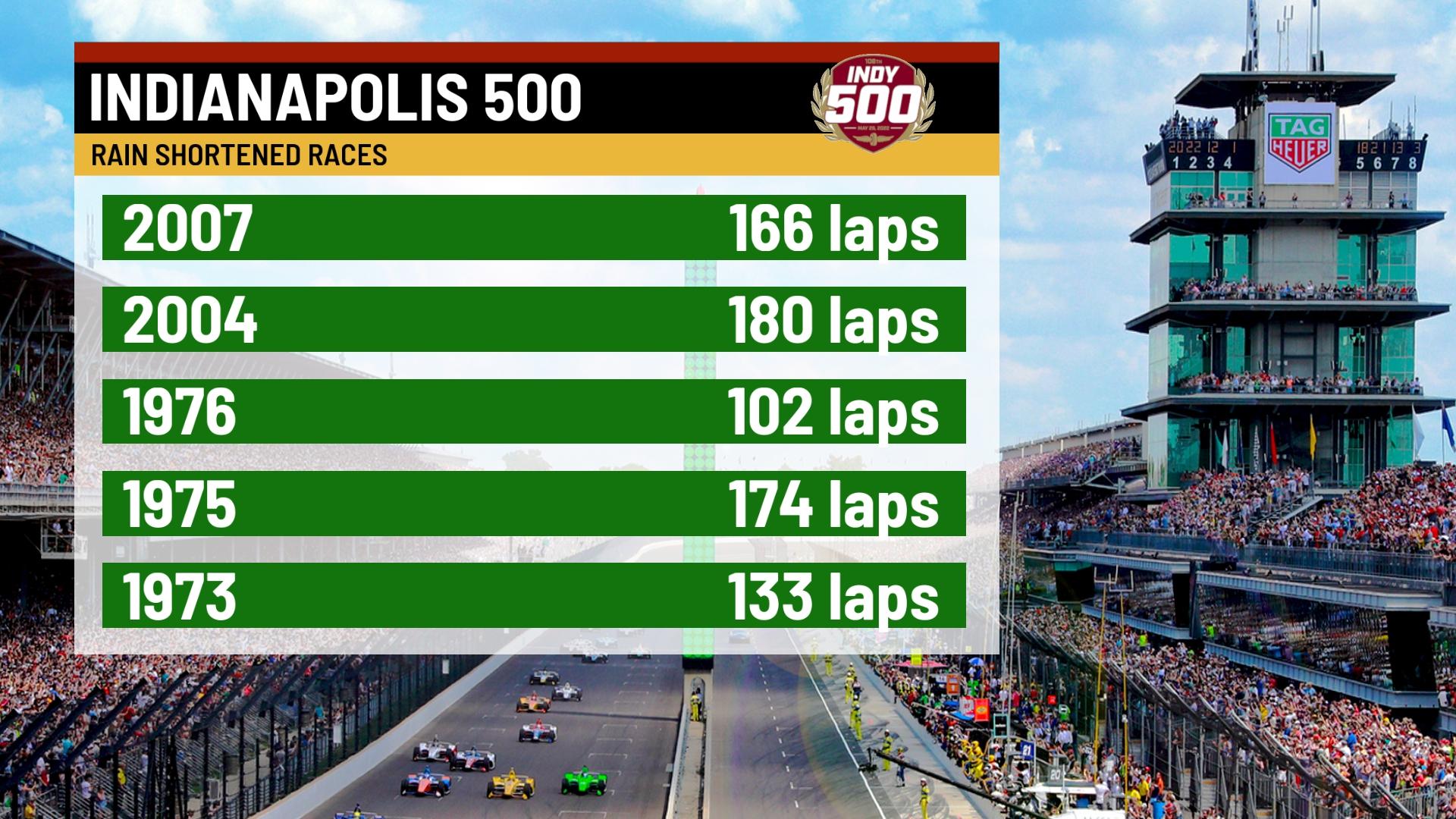 INDIANAPOLIS (WISH) – The forecast always plays a huge role in the days and hours leading up to the Indianapolis 500. There are several races over the more than a hundred years where the weather has made it really tough to complete the 200 laps. around the oval.

Temperatures in the 90s are not excluded during the month of May. It was 90 degrees or more seven times on race day. The hottest temperature was 92 degrees in 1937. Several years hit 91. Most recently in 2018. Interestingly, despite several delays and reports of rain, the race never took place in June. He has in August. During the pandemic, the race was moved to August 2020. The temperature rose to 87 degrees, which is in the top 20 hottest races.

Cool temperatures were also recorded in May. In 1992, the mercury was only above 58 degrees. There were so many issues on the track that year due to the track temperatures. It was so cold that the tires were struggling on the track. There were many crashes and in the first 43 laps the yellow flag flew six times. Al Unser Jr won that year with the closest finish in history. There was a gap of just 0.043 seconds between Al Unser Jr. and Scott Goodyear.

Last year on race day the temperature dropped to 42, which was the coldest morning low since 1961. The coldest low was 37 in 1947.

Rain is always a big factor when it comes to race day. Several races were cut short due to rain. The most recent was in 2007. The race was stopped by rain and interrupted for 2 hours and 57 minutes. It started again but after 166 laps it was canceled due to rain with Dario Franchitti taking the checkered flag.

The wettest was back in 2004 when 3.80″ fell that day. The race was stopped early on lap 28 for an hour and 47 minutes. It was declared finished after rain forced it to stop at 180 laps with Buddy Rice at the checkered flag.

Winds can also play a role. The strongest wind was 18 mph during the 1995 race.

Looks like this year will be dry with highs in the low to mid 80’s. Perfect for drivers to do the 500 miles.