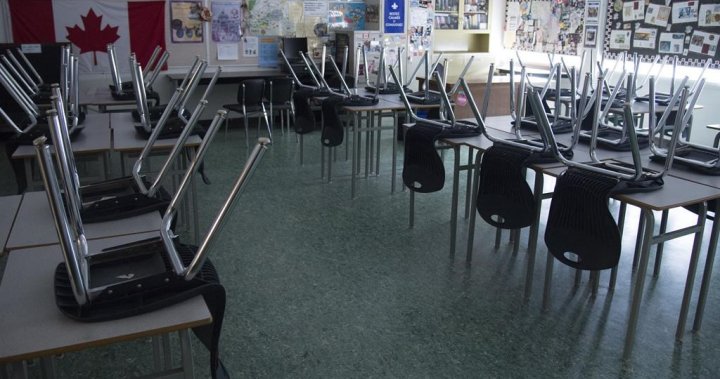 The Waterloo Catholic District School Board says it has received the results of an independent report into an incident last year in which Waterloo Regional Police responded to a call at a Kitchener school about a boy in four years.

“We deeply regret the obvious pain and distress caused to this young child in our care, and to his family, and even to the Black community,” board chair Loretta Notten said in a statement. response to the report, which has not been made public. .

“I want to assure the family and the community that we are committed to doing better. We will do what needs to be done locally. We will also highlight changes that need to be made provincially to support students in crisis.

The council received its copy of the report on Wednesday, and Notten said she plans to provide more information about it at an April 4 council meeting.

She also said that “the report is an action plan for us – on anti-black racism, on how we support a student in crisis, and on our relationship with parents.”

Notten also explained that “there are more students than ever who are exhibiting violent behaviors that risk and cause physical injury to the student themselves, as well as to other students and staff. It’s probably quite difficult for someone outside of education who hasn’t been through such a situation to imagine a scenario with such a young child, but it’s a reality in the schools of the province.

She went on to say that there are plans in place to deal with these types of situations, but once all educational strategies are exhausted, the last option is to call 911 for help.

A police spokesperson said officers were called to the school on November 29, 2021 by administrators to deal with a “student in crisis, who allegedly acted violently”.

They said officers worked with the student to defuse the situation.

In a statement released in February, Parents of Black Children (PoBC) condemned the decision, saying officers were called without regard to the “emotional and mental impact” it would have on the child.

“This type of criminalization starts at a surprisingly young age through the education system,” said Charline Grant, PoBC Advocacy Manager.

“The racism our black children experience is a systematic abuse and contributes to the long-term emotional, physical and mental trauma that permanently affects black children and families.”

After the incident became public in February, Education Minister Stephen Lecce called for an independent review, with a report due to be in the hands of parents and the school board by the end of March.

“Under no circumstances should the police be called to remove a four-year-old student from a school in this province,” Lecce said in a statement at the time.

“Black and racialized parents continue to face these unacceptable situations that only demoralize and harm their children and families.”