WATCH: The End of Roe: A PBS NewsHour Special Report 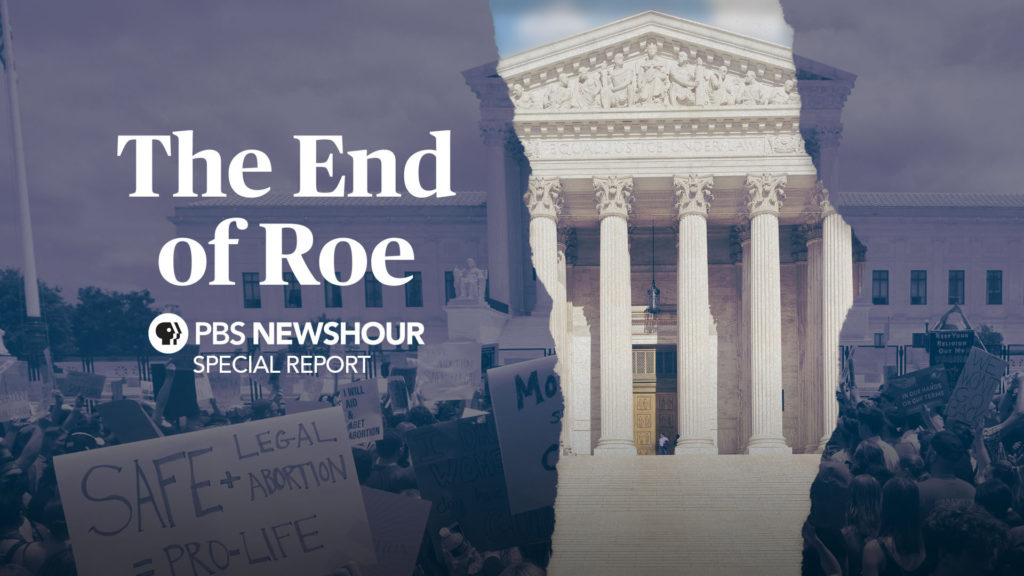 The Supreme Court on Friday overturned Roe v. Wade, eliminating constitutional abortion protections that had been in place for 50 years.

Watch the special report in the player above.

PBS NewsHour anchor and editor Judy Woodruff anchored a special report on the impact of this legal and cultural shift.

The End of Roe: A PBS NewsHour Special Report examines the division over the court, the anti-abortion activism that led to today’s decision, the next steps as the battle over abortion access moves to the States, and looks back at pre-Roe America history and what’s to come next.

READ MORE: What is Roe vs. Wade?

The decision came more than a month after a staggering leak of a draft notice from Alito indicating the court was ready to take this momentous step.

This puts the court at odds with a majority of Americans who were in favor of preserving Roe, according to opinion polls.

Alito, in the final opinion issued Friday, wrote that Roe v. Wade, which was decided in 1973 and Planned Parenthood v. Casey’s 1992 decision that reaffirmed the right to abortion were wrong and should be overturned.