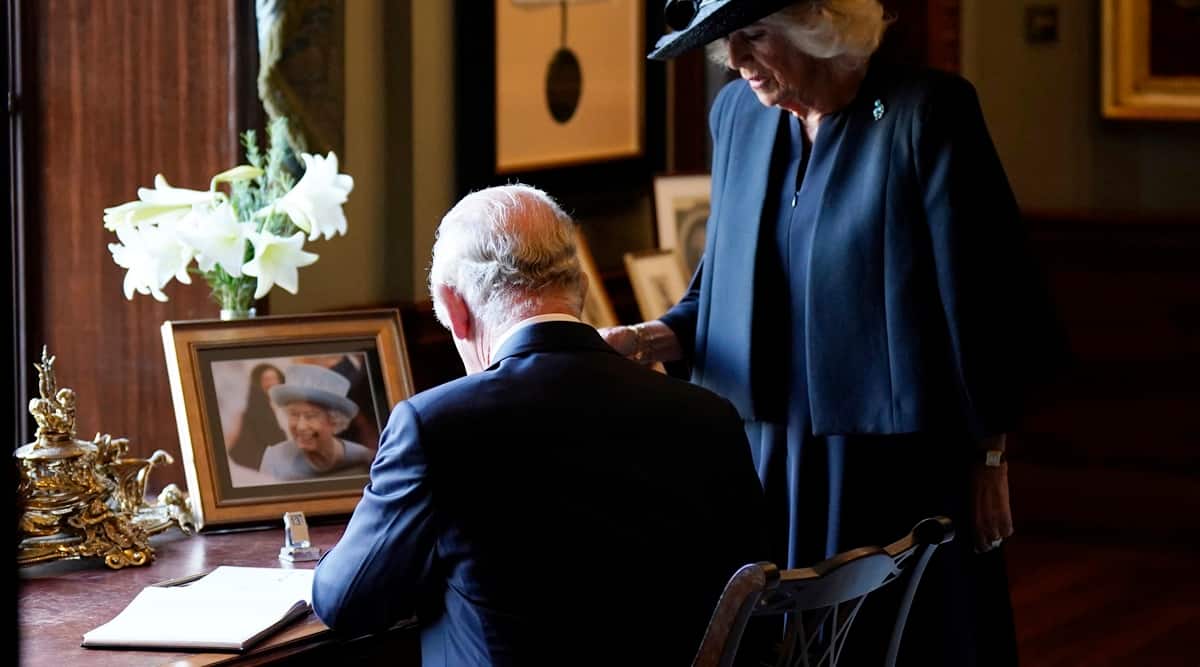 Britain’s King Charles expressed his frustration to a leaky pen at a signing ceremony in Northern Ireland on Tuesday, the second time in days he showed visible irritation during such procedures.

Charles, visiting Northern Ireland as part of a UK tour to mourn his mother Queen Elizabeth, was greeted by cheering crowds and welcoming speeches, before delivering his own pledge towards the region.

Shortly after, while signing a guestbook in front of cameras at Hillsborough Castle near Belfast, Charles reacted in frustration when a pen he was using leaked onto his hand.

“Oh my god, I hate that (pen)! Charles said, standing up and handing the pen to his wife and Queen Consort Camilla.

“Oh look, it goes everywhere,” Camilla said as Charles wiped his fingers. “I can’t stand this fucking thing…every time stinky,” Charles said as he walked away.

‘I can’t stand this bloody stuff… Every time it stinks’ – King Charles III expresses his frustration with a pen amid a signing ceremony at Hillsborough Castle during his visit to Northern Ireland pic.twitter.com/xr3YxOh3et

Speaking before he was named king, a former aide told Reuters Charles could be fun, but was also short-tempered and demanding.

While signing documents in London on Saturday, an irritated Charles motioned for help when a pen holder on the table got in his way.

When filling out the paperwork on Tuesday, he also used the wrong date, before checking with an assistant who told him it was September 13, not September 12.