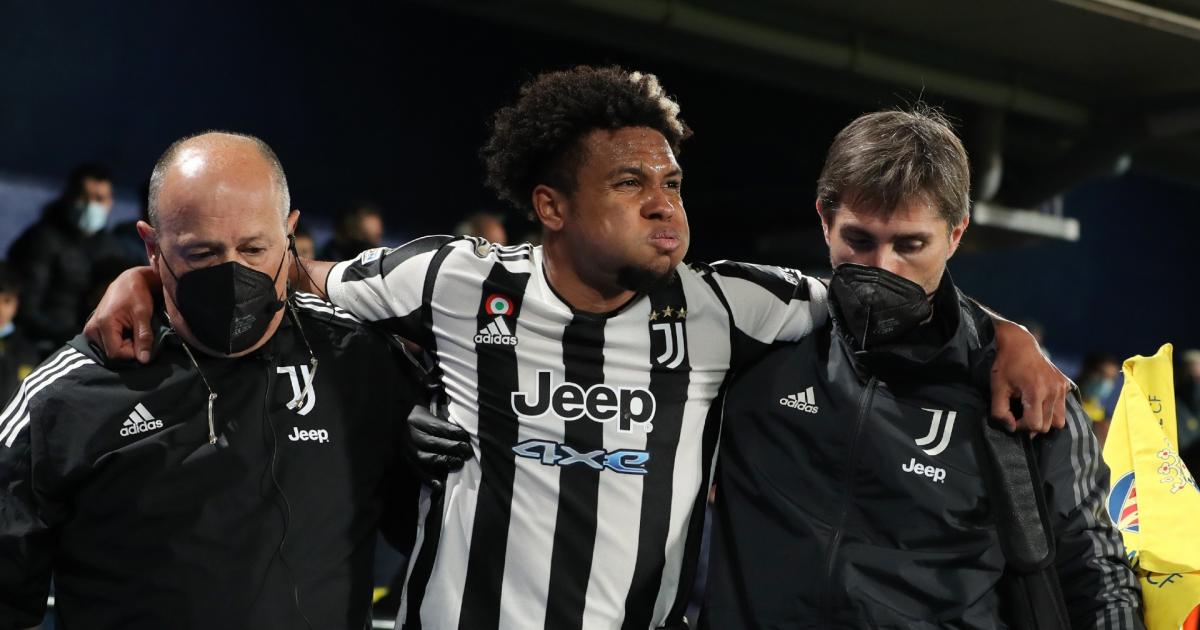 The United States has been hit with the injury bug ahead of March’s critical World Cup qualifiers which will decide the country’s fate for the 2022 World Cup.

A host of important players have been injured in recent weeks, while head coach Gregg Berhalter will have headaches as he seeks to replace contributors in various key positions.

At least three starters from the last international break have been left out, with Weston McKennie, Sergino Dest and Matt Turner all sidelined for the critical next three games. There are also others with more questionable status, as injuries can see players retire late or have their minutes reduced.

Here is an updated list of all key USMNT internationals currently struggling with injury issues, either sidelined or with reduced ability to compete.

The 23-year-old midfielder was injured in the Champions League with Juventus, suffering a broken metatarsal against Villarreal in the first leg of the Round of 16. He fell to a heavy tackle from Pervis Estupinan in the 81st minute who awkwardly grabbed his foot.

Juventus manager Massimiliano Allegri has confirmed that McKennie will miss the rest of the club’s regular season, ruling him out for March’s USMNT qualifiers plus a few more months.

One of the most recent additions to the roster, Brenden Aaronson was dropped from RB Salzburg’s starting line-up just before Austria’s March 20 Bundesliga game against Wolfsberg.

Last minute change to our starting XI ‼️ Brenden #Aaronson had to withdraw due to knee problems, unfortunately – and Nicolas #Capaldo will start instead. #WACRBS pic.twitter.com/qCnYnDoZwi

It’s unclear how serious the injury is, but obviously his removal from the starting lineup is a concern. According to a report by Meg Swanick, shared by a number of prominent journalists in the United States, the injury is enough to prevent Aaronson from traveling to compete in the international window.

From source: Brenden Aaronson’s injury will prevent him from traveling to play for the United States during #WCQ.

Absolutely devastating for #USMNTand for Brenden Aaronson, who has had an incredible cycle of qualifying for the World Cup and is the only player to appear in every game so far. https://t.co/gwxvkwvUPm

Gio Reyna has missed most of the club’s entire season with a hamstring injury that won’t go away. The injury was first sustained on international duty, being removed at the end of the 0-0 draw with El Salvador which started the competition in early September.

The 19-year-old has attempted many comebacks since, with many failing and seeing Reyna return to the coaching room. In February, Reyna got her first start since August, but only made it 29 minutes before being tearfully taken off the field.

He eventually returned to the pitch successfully, but his club team Borussia Dortmund and international squad are keen to bring him back to competition for fear of another setback. Reyna made two substitute appearances in the Bundesliga last week and has another chance on Saturday against Cologne.

Berhalter admitted he would be monitoring Reyna’s minutes with the international squad, saying: “I had a good call with Dortmund today, with the coach at Dortmund and planning his use, how much we can use. [Reyna].

“The important thing is that we qualify for the World Cup, but secondly it’s Gio who returns healthy to his club. And we are aware of his load, of the work he has done these weeks, and we will adjust accordingly.

Another late injury ahead of World Cup qualifying, Sergino Dest was pulled out late against Galatasaray in the Europa League with a hamstring injury. The injury happened just hours before the USMNT roster was released for March qualifying, so Dest was initially included, but was soon replaced by George Bello.

MORE: Why John Brooks was left off the USMNT roster for March Qualifiers

Dest’s recovery time is unknown, but hamstring injuries typically require at least two weeks off the court, with some seeing a recovery time of 4-6 weeks depending on severity.

Sergino Dest comes out with an apparent injury against Galatasaray. #UEL pic.twitter.com/2tmRRD2FGV

Dest’s injury was serious enough that he was seen being carried piggyback by Barcelona team-mate Gavi to the team hotel after the match.

The starting goaltender in nine of 11 USMNT World Cup qualifiers this cycle, Matt Turner sprained his ankle during preseason training for the New England Revolution.

His club manager Bruce Arena did not specify Turner’s recovery schedule, saying Turner would need “a few more weeks” when he speaks in early March. However, the injury was significant enough that Berhalter ruled Turner out of the USMNT roster for March qualifying, replaced by Ethan Horvath.

As a result of the injury, Turner, who won a transfer to Arsenal in the summer, is yet to appear for the Revs in the young 2022 MLS season.

Richards, like Reyna, was injured on international duty. The 21-year-old defender picked up the injury at the end of the 2-0 loss to Canada in the previous window, forced off the pitch before leaving the United States full-time to 10 men having already used up all of his substitutes . After the match, Berhalter admitted to fearing the foot was broken, but later reports seemed to indicate it wasn’t that serious.

Hoffenheim & #USMNT Defender Chris Richards will remain with his national team for short-term treatment. The good news for all parties is that this is a bruised foot, not a broken bone. However, Richards will not be able to play for the Kraichgauer against Mainz this weekend.

Nonetheless, Richards hasn’t featured for Hoffenheim since, missing seven Bundesliga games through the injury. He was not on the March international list and no timetable for his return was given. However, having already missed nearly two months of action, Richards would need to be able to return soon.