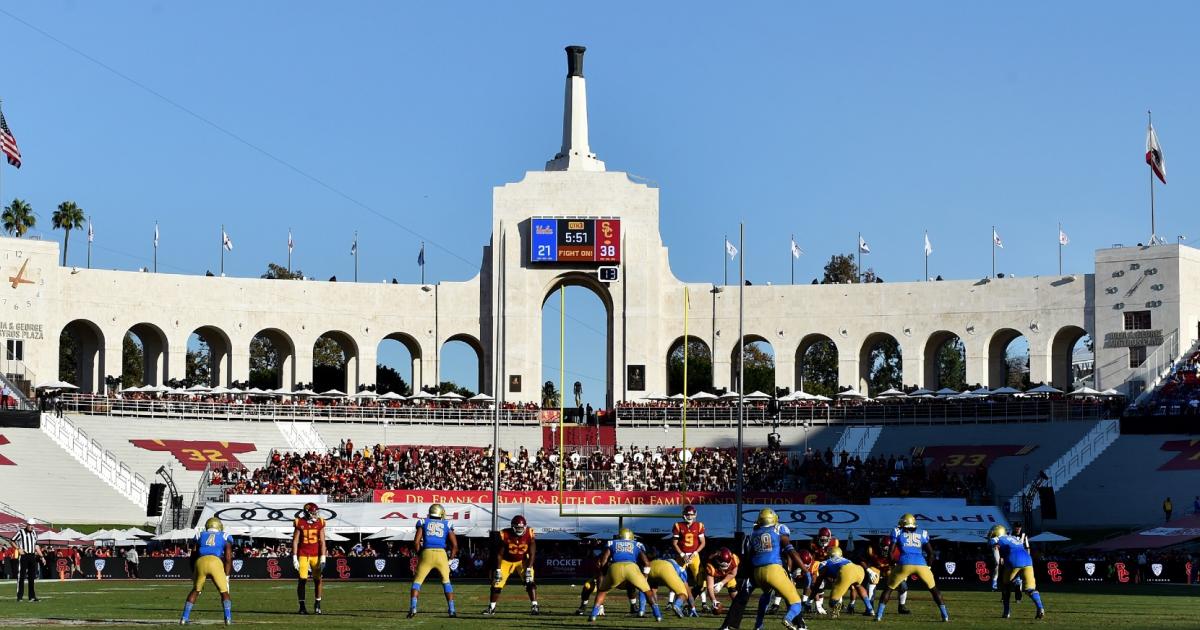 The college football landscape is about to experience its second massive change in as many years.

About 11 months after Texas and Oklahoma made waves preparing to leave the Big 12 for the SEC, USC and UCLA are exploring a similar seismic move with a move from the Pac-12 to the Big Ten soon. 2024, according to multiple reports.

Pac-12 insider Jon Wilner was the first to report the potential transfer of college football powers, saying the transfer “has not been finalized” and that talks are ongoing.

After Wilner’s report, several insiders confirmed the veracity of the plans, which would continue to consolidate power in college football.

The Big 12 responded to the loss of Texas and Oklahoma by adding Group of Five wonders Cincinnati, Houston, UCF and BYU. Whether the Pac-12 tries to fill its ranks through similar means — or if more teams flock to the Big Ten — will be one of the biggest storylines of the 2022 college football season.

Source: USC and UCLA plan to leave for the Big Ten as early as 2024. The move *hasn’t been finalized* at the highest levels of power.

College football as an institution is changing. As the name, image and likeness conversations continue with the transfer portal, these conference realignments illustrate a shift in philosophy in the sport. If and when it becomes official (and it’s a long road to get there), the Pac-12 will have to respond.

The Big Ten, of course, still has to approve the move and there’s always the matter of money. But the cogs that have been set in motion are going to have a hard time slowing down.

Here’s the latest on potential moves from USC and UCLA to the Big Ten.

This section will be updated as updates to the change arrive.

It’s official: USC and UCLA have been accepted into the Big Ten, according to ESPN’s Pete Thamel. They will join the league in 2024.

Sources: USC and UCLA have been notified that their bids to join the Big Ten have been accepted. Schools will start playing in 2024.

Ross Dellenger reports that the Big Ten presidents will vote to accept UCLA and USC into the conference. The vote should be unanimous.

Meanwhile, Pac-12 presidents and athletic directors will be calling to discuss the move.

It is expected to be unanimous.

The Pac-12 presidents and ADs also have a call this afternoon to discuss the matter.

Brett McMurphy said the deal could be done by Friday and the conference could continue to expand beyond 16 teams. Meanwhile, the Big 12 could look to add Arizona, Arizona State, Colorado and Utah.

USC and UCLA’s move to the Big Ten should be complete by Friday and the Big Ten may not stop at 16, sources say @ActionNetworkHQ. The Big 12 can get aggressive and look to add Arizona, Arizona State, Colorado and Utah. “We’re headed for some great conferences,” a source sayshttps://t.co/um8DBJVJ9s

According to Brett McMurphy, USC and UCLA approached the Big Ten to join. The Big Ten, it seems, want to oblige.

USC and UCLA set to join Big Ten as early as 2024 season, sources say @ActionNetworkHQ. 1st reported by @wilnerhotline. “It’s not official yet but I’d put it at 90%,” an industry source said. Both Pac-12 schools first approached Big Ten to join them, source says

While he’s certain, Ross Delenger points out that conferences that aren’t the Big Ten or the SEC now need to keep a close eye on their high-profile schools. He names Oregon, Clemson, Florida State and North Carolina as specific targets. Stanford could also be a sleeper in this category.

Conferences outside of B1G and the SEC with attractive member teams – high speed, sports success, big markets – should worry that these teams are leaving for the new Power 2.