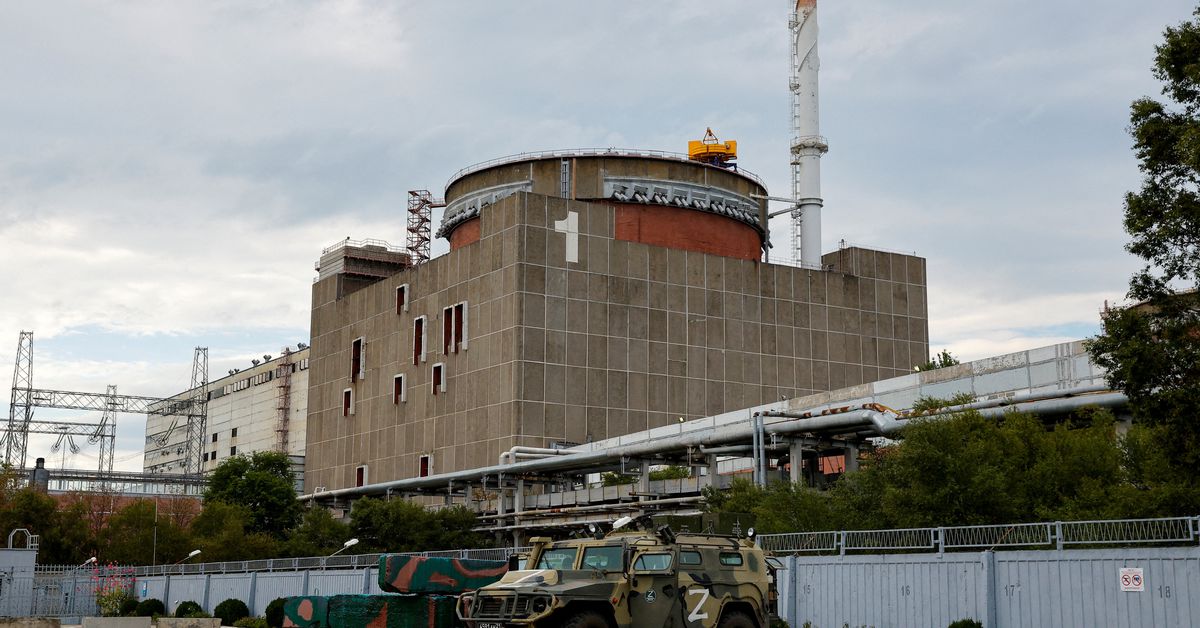 KYIV/VIENNA, Sept 6 (Reuters) – Ukrainian forces downed five Russian cruise missiles on Tuesday, most of them in the south, President Volodymyr Zelenskiy said, but he made no mention of a new military success in mentioned by officials. earlier.

Reuters was unable to independently verify Zelenskiy’s statement and there was no immediate response from Russia.

Although Ukrainian officials did not give specific details, several social media posts by military bloggers and witnesses reported fighting around Balakliia, an eastern city of 27,000 located between Kharkiv and Izyum, a city under Russian control with an important railway junction used by Moscow. provide their strength. A tweet from an adviser to Zelenskiy spoke of “good news” coming from the president on the operation in the Kharkiv region.

Reuters was unable to independently verify the information posted on social media.

Little information has emerged on the progress of the main Ukrainian offensive in the southern Kherson region, with Kyiv banning journalists from the frontline and releasing only limited reports to preserve the element of surprise.

Russia claims to have repelled the Kherson assault, but Ukraine has reported continued success.

Western military experts say Ukraine’s objective in the south appears to be to trap thousands of Russian troops on the west bank of the wide Dnipro River and cut them off by destroying their rear supply lines.

News of a simultaneous Ukrainian advance near Kharkiv was an indication that Russian troops were struggling to build up strength along the front, said Mark Hertling, a retired former US commander of ground forces in Europe.

“This confirms the RU’s inability to maneuver forces between theater locations and into their force’s defensive ‘position’ to counter Ukrainian offensive actions,” Hertling tweeted.

There have also been increasing attacks by Ukrainians in Russian-occupied areas against authorities based in Moscow.

The Russian commander of the southern port of Berdyansk was seriously injured when his car exploded outside the city’s administration building on Tuesday, pro-Russian local officials said, blaming Ukraine for the offensive. Read more

In the latest call by United Nations Secretary-General Antonio Guterres to demilitarize the area around Russia’s Zaporozhzhia nuclear power plant in southern Ukraine, he outlined specific measures for both sides on Tuesday.

A Russian all-terrain armored vehicle is parked outside the Zaporizhzhia nuclear power plant during the visit of the International Atomic Energy Agency (IAEA) expert mission during the Ukraine-Russia conflict in the exterior of Enerhodar in Zaporizhzhia region, Ukraine, September 1, 2022.REUTERS/Alexander Ermochenko

The first was for Russian and Ukrainian forces to pledge to refrain from all military activity in and around the plant, Europe’s largest nuclear power plant.

“As a second step, an agreement on a demilitarized perimeter should be obtained,” António Guterres told the UN Security Council. “Specifically, this would include a commitment by Russian forces to withdraw all military personnel and equipment from this perimeter and a commitment by Ukrainian forces not to enter it.” Read more

Russia’s UN ambassador Vassily Nebenzia told reporters ahead of the council meeting: “If we demilitarize, the Ukrainians will intervene immediately and ruin everything.”

Earlier on Tuesday, the International Atomic Energy Agency (IAEA) nuclear watchdog called for a safe zone, saying its experts had found extensive damage at the plant.

A long-awaited report failed to assign responsibility for the damage, which Russia and Ukraine accuse the other of causing. But he described the situation as unsustainable and said if the shooting did not stop there was a risk of disaster.

The plant, seized by Russian forces shortly after their February 24 invasion of Ukraine, is still run by Ukrainian technicians. It is on a Russian side of a huge reservoir, opposite the Ukrainian positions on the other side of the water.

“Although the ongoing bombings have not yet triggered a nuclear emergency, they continue to pose an ongoing threat to nuclear safety and security with potential impact on critical safety functions that may result in radiological consequences of a great importance to safety,” the IAEA report said.

He made seven recommendations, including an end to the bombings and the creation of a “nuclear protection and safety zone”. Read more

Inspectors said they found Russian troops and equipment at the plant, including military vehicles parked in the turbine halls. Moscow has denied accusations that it used the plant as a shield for its forces.

“Ukrainian personnel operating the plant under Russian military occupation are under constant high stress and pressure, especially with the limited staff available,” the IAEA said.

The IAEA report listed areas of the plant that had been damaged, including a building housing nuclear fuel, a radioactive waste storage facility and a building housing an alarm system. He said the power station had been repeatedly cut off from offsite power supplies critical to its safe operation.