Ukraine faces a crushing campaign while waiting for weapons 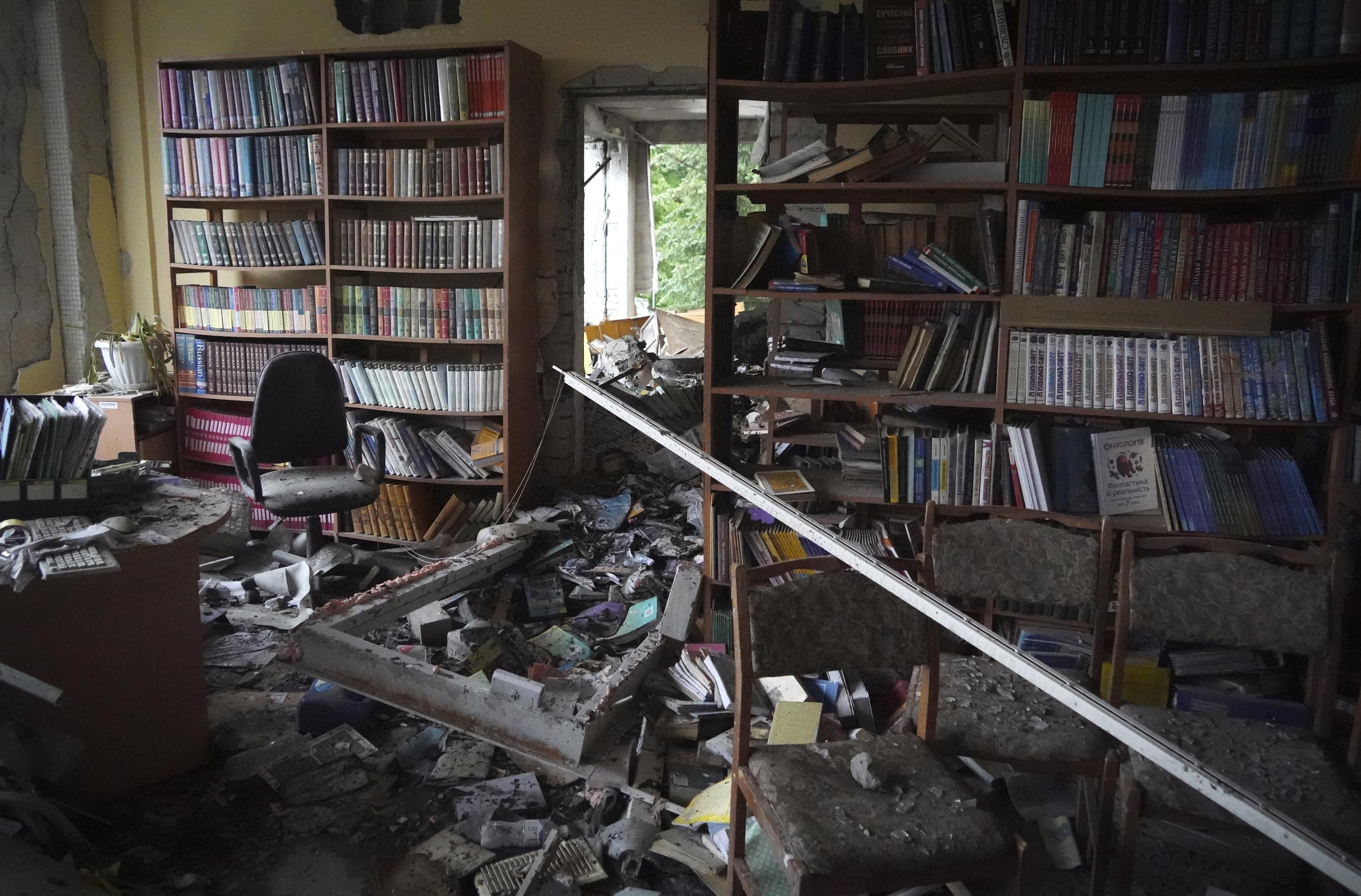 KYIV, Ukraine (AP) — Ukrainian forces engaged in a bitter battle for control of the country’s east struggled to hold off Russian troops and buy time on Thursday as they waited for the arrival of advanced rockets and weapons anti-aircraft weapons promised by the West.

“There is a time lag, so the next few weeks are going to be quite difficult for our Ukrainian friends,” said retired US Lt. Gen. Ben Hodges, former commanding general of US Army Forces Europe.

“And that can go on for a while,” he warned.

Britain on Thursday pledged to send sophisticated medium-range rocket systems to Ukraine, joining the United States and Germany in equipping the country with some of the advanced weapons Kyiv has been calling for to shoot down planes and destroy artillery and supply lines.

Western weapons were essential to Ukraine’s success in thwarting the much larger and better equipped Russian military during the war, which entered its 99th day on Thursday.

The Kremlin warned of “absolutely undesirable and rather unpleasant scenarios” if the latest weapons supplied by the West were fired at Russia.

“This pumping out of Ukraine with weapons… will bring more suffering to Ukraine, which is only a tool in the hands of the countries that supply it with weapons,” the spokesperson said. from the Kremlin, Dmitry Peskov.

Russian forces continued to shell towns and cities and to tighten their grip on Sievierodonetsk, in the industrial region of Eastern Donbass, which Moscow intends to seize. About 800 people, including children, have been locked in bomb shelters at a chemical plant attacked in the city, the regional governor said.

In the nearby town of Lysychansk, around 60% of infrastructure and residential buildings have been destroyed by relentless shelling, the mayor said.

The British Ministry of Defense reported that Russia had captured most of Sievierodonetsk, one of two towns in Luhansk province that remained under Ukrainian control. Donbass is made up of the provinces of Lugansk and Donetsk.

Ukrainian President Volodymyr Zelenskyy said in his overnight video address that there had been “some progress” in the battle for Sievierodonetsk, but it was too early to give details.

He said he was grateful to the United States for agreeing to send the advanced rocket systems, which “can really save the lives of our people and defend our land.”

Meanwhile, residents forced to flee the Kyiv region after Russian forces’ failed attempt to storm the capital a few weeks ago have faced the daunting task of rebuilding their shattered lives.

Nila Zelinska and her husband, Eduard, returned for the first time to the charred ruins of their home outside Kyiv. They fled with his 82-year-old mother from Russian bombing and airstrikes at the start of the war.

A sobbing Zelinska retrieved a doll from the rubble that belonged to one of her grandchildren, clutching it as if it were a real child.

“Peace be on earth, peace so that our people do not suffer so much,” she said.

Speaking via video link at a security conference in Slovakia, Zelenskyy called for even more weapons and sanctions against Russia to end such horrors.

“As of today, the occupiers control almost 20% of our territory,” he said.

Zelenskyy said Russia fired 15 cruise missiles in the past day and used a total of 2,478 missiles since its invasion. He said “most of them targeted civilian infrastructure”.

British Defense Secretary Ben Wallace said Britain would send an unspecified number of M270 launchers, which can fire precision-guided rockets up to 80 kilometers (50 miles). Ukrainian troops will be trained in Britain to use the equipment, he said.

On Wednesday, the United States said it would provide advanced rocket launchers to Ukraine, and Germany agreed to provide up-to-date anti-aircraft missiles and radar systems.

Analysts believe that Russia hopes to invade Donbass before the arrival of weapons that could turn the tide. It will take at least three weeks to bring US precision weapons and trained troops to the battlefield, the Pentagon said.

Zhdanov, the Ukrainian analyst, said Russia has stepped up missile strikes in response to the newly promised weapons.

“The supply of Western weapons is a big concern for the Kremlin, because even without sufficient weapons, the Ukrainian army boldly resists the offensive,” he said.

Zhdanov predicted that Russian forces would be exhausted when the fierce fighting in and around Sievierodonetsk was over, giving Ukraine time to procure the weapons and prepare a counteroffensive.

Kyiv also received a diplomatic boost with the official installation on Thursday of a new American ambassador to Ukraine, Bridget Brink.

Brink said his top priority “is to help Ukraine prevail against Russian aggression.”

“There’s no place on the planet I’d rather be,” she said after presenting her credentials to Zelenskyy. “President Biden has said that we will stay here, to help Ukraine, for as long as it takes. And that is what we will do.

Brink is Washington’s first female ambassador to Kyiv since former US President Donald Trump abruptly expelled Ambassador Marie Yovanovitch in 2019. She then became a key figure in the impeachment proceedings against Trump.

Becatoros brought from Sloviansk, Ukraine. Yuras Karmanau in Lviv, Ukraine, Ricardo Mazalan in Kyiv, Oleksandr Stashevskyi in Potashnya, Ukraine, and Associated Press reporters around the world contributed to this report.