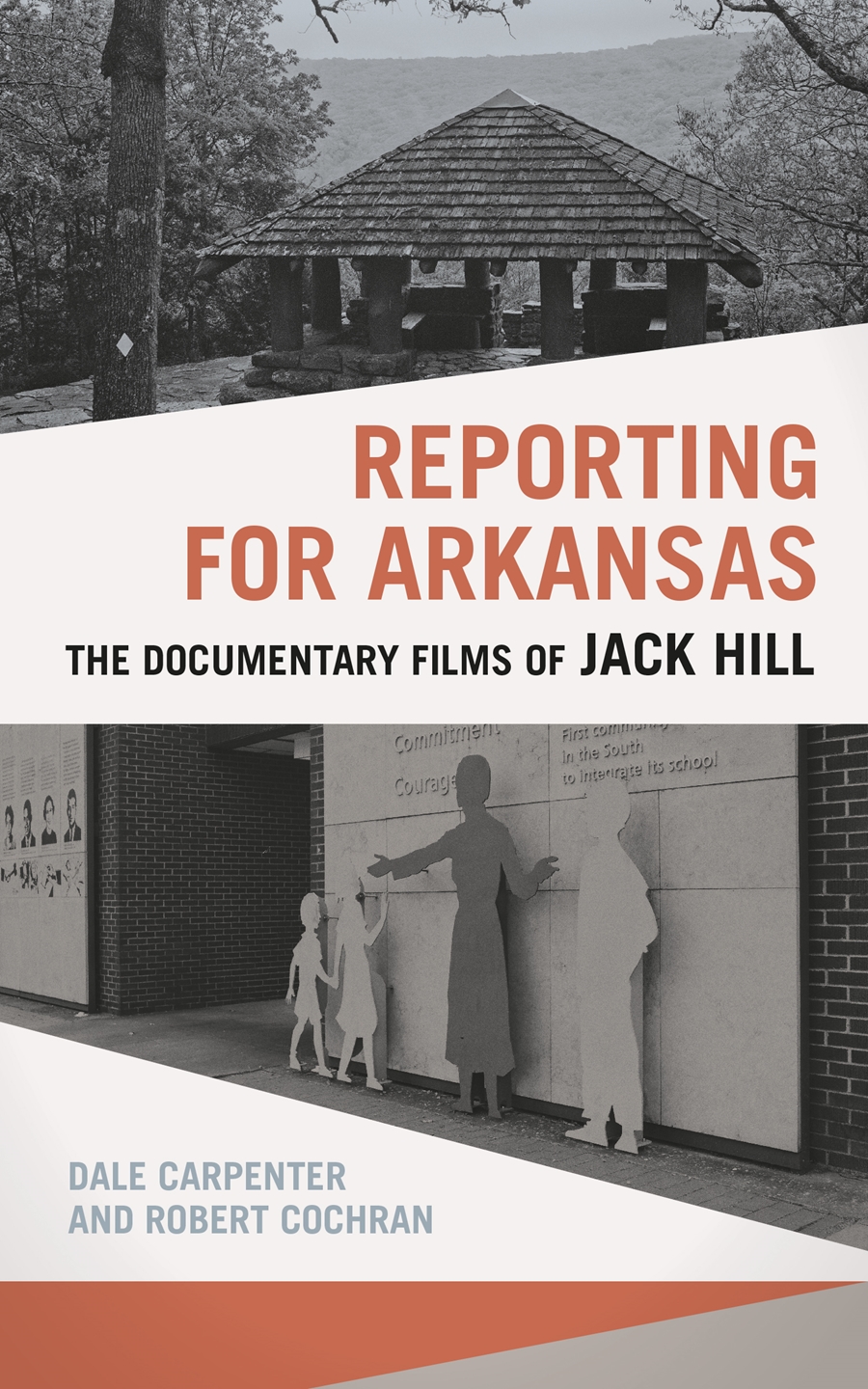 The U of A Press announced the publication of Reporting for Arkansas: The Documentary Films of Jack Hillby Dale Carpenter and Robert Cochran.

Jack Hill was a pioneer documentary filmmaker from Arkansas who was dedicated to sharing his state’s history with a wider audience. After a decade as an award-winning investigative reporter and news anchor at KAIT in Jonesboro, Hill was kicked out by new management for his controversial reporting on corruption at a local sheriff’s office.

What seemed like a major career setback turned out to be an opportunity: he founded the production company TeleVision for Arkansas, through which he produced dozens of original films. Although Hill brought an abiding interest in education and public health to this work early on, he found his true calling in subjects based on Arkansas history. Convinced that greater knowledge of the state’s most significant historical events would fuel a greater sense of local pride, Hill tirelessly traveled the state to capture the voices of hundreds of Arkansans recalling important chapters of history. of the state, like the oil boom in El Dorado. and Smackover, the crucial contributions of the Arkansas Ordnance Plant to Jacksonville during World War II, and the role of Rosenwald Schools in expanding educational opportunity.

In Reporting for ArkansasCarpenter and Cochran present a biography of Hill alongside an annotated selected filmography designed to accompany 16 of his best films on topics related to Arkansas history – all newly hosted online by the Center for Arkansas and Regional Studies from the U of A.

The book is part of The Arkansas Character series from the U of A Press, which focuses on a single state, combined with an openness to the widest range of subject matter imaginable. The series is jointly sponsored by the Center for Arkansas and Regional Studies and the David and Barbara Pryor Center for Arkansas Oral and Visual History at U of A’s Fulbright College of Arts and Sciences.

Carpenter taught broadcast journalism and documentary filmmaking at the University of Alberta for a quarter century. His documentary films have aired nationally on PBS and have won seven regional Emmy Awards.

Cochran is a professor of English and director of the Center for Arkansas and Regional Studies at the U of A. He is the author of several books on Arkansas culture, including Lights! Camera! Arkansas! : From Broncho Billy to Billy Bob Thorntonco-written with Suzanne McCray.