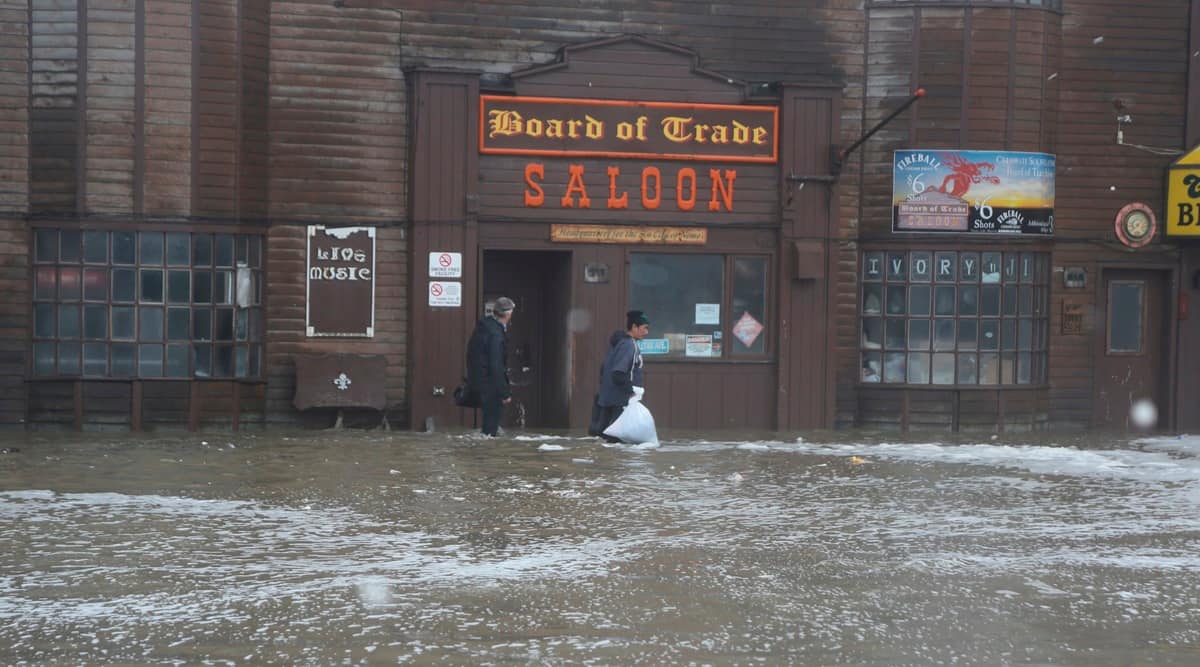 The remnants of ancient Typhoon Merbok swamped the west coast of Alaska on Saturday, bringing high surf, with winds gusting up to 60mph pushing rising sea waters inland and knocking some homes off the foundations in Nome, as the storm crawled north across the Bering Sea, the National Weather Service.

The typhoon formed over the Pacific Northwest during the second week of September, but developed into a powerful rainstorm as it moved inland.

The “potentially historic” storm could cause the worst damage to the Alaskan coast in 50 years, NWS forecasters said.

Alaska Governor Mike Dunleavy has declared a disaster for affected communities. He said no reports of injuries had been received on Saturday afternoon.

“Southwest Alaska is having the worst,” Moore said. “Nome, Golovin and the Northern Sound are dealing with water run-off due to gusts of wind blowing all that water onto the shore, tearing up the levees.”

The storm is only expected to drop an additional 1 to 2 inches of rain in parts of Alaska over the next two days. said Moore.

What remains of Merbok will weaken as it drifts around the Arctic Circle next week.