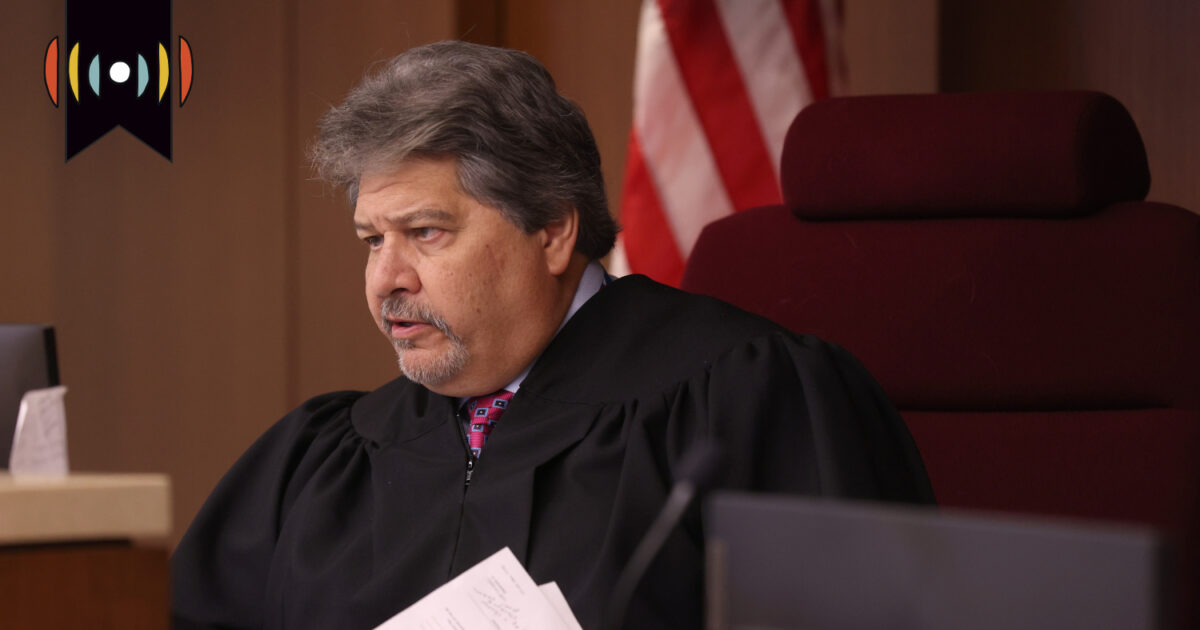 Crimo in court / purchase of weapons » The suspected mass shooter at a July 4 parade near Chicago faced a judge on Wednesday before officers took him back to his jail cell.

RINEHART: The judge ruled that Robert Crimo III would be held without bond and there was probable cause at that time to hold him on seven counts of first degree murder.

Before his court appearance, he confessed to raining bullets on the Highland Park Parade from the roof of a building. He then fled nearly 100 miles to Madison, Wisconsin. The suspect told police he was also considering attacking an event there.

COVELLI: His motivation isn’t necessarily clear, I don’t want to get into what he specifically told investigators. However, he had some sort of affinity towards the numbers four and seven and the inverse of that is seven four.

These figures correspond to the date of the attack, July 4th.

Police say the alleged shooter passed a background check in 2019 and legally purchased five firearms, despite attempting suicide and threatening to kill everyone in his home earlier that year.

ANNA JOHANSEN BROWN, REPORTER: The committee on Wednesday asked the Federal Trade Commission to launch an investigation into the social media giant and its China-based parent company, ByteDance.

The letter notes a recent report by BuzzFeed News which found that ByteDance employees in China used to access information from US TikTok users.

The committee’s Republican co-chair, Senator Marco Rubio, tweeted that TikTok’s claim that it would protect Chinese government user data was — and I quote — “laughable.”

He added that “Under Chinese law, every Chinese company MUST hand over all data [the] the government asks.

EU calls natural gas and nuclear energy ‘green’” The leaders of the European Union have taken a new step aimed at weaning Europe from Russian energy.

Officials voted Wednesday to add natural gas and nuclear power to a list of “sustainable activities.” Labeling these energy sources as more environmentally friendly can encourage more investment in these industries and reduce Europe’s dependence on Russia.

LEYEN: We think it is important to have a European overview and a coordinated approach to a possible complete cut off of Russian gas.

Many environmental groups oppose the expansion of nuclear power. Some criticized the EU decision and called it “dirty politics”.

The European Parliament and member countries have until Monday to oppose the labels which are due to come into force next year.

8 killed in Ukraine » A new round of Russian airstrikes has killed at least eight civilians and injured 25 others in Ukraine’s Donetsk province as Russian missiles continue to rain down on the region.

ZELENSKYY: Russia’s war against Ukraine is not just an attempt to seize our land and destroy our state institutions or break our independence. It’s a much bigger confrontation of perspectives.

Russia recently declared victory in Loo hansk uhansk province, but Ukraine says its forces still have strongholds in the region and are not giving up the fight.

Griner Case » The White House remains committed to bringing a WNBA basketball star back from a Russian prison. That according to the press officer Karine Jean-Pierre…

PIERRE: This has been a priority for the president. He receives daily updates on the status of his negotiations.

Brittney Griner recently sent a handwritten letter appealing to President Biden. She said she feared she would never go home.

Pierre said the matter “is very personal” to the president.

Authorities arrested Griner at a Moscow airport in February for possession of cannabis oil as she returned to play for her Russian team.

His trial resumes today. She could face years in a Russian prison.

Boris Johnson facing the opposition » British Prime Minister Boris Johnson has pledged to persevere, fending off calls for his resignation.

This after two senior ministers and others called him out, including Health Secretary Sahjid Javid, who said a team is only as good as its captain.

JAVID: It’s become impossible to walk the tightrope between loyalty and integrity in recent months.

Recent reports have revealed that Johnson knew about alleged sexual misconduct by a senior official even before he promoted him. These reports caused members of his own party to question his moral authority.

But the Prime Minister says he intends to stay the course.

JOHNSON: The job of a Prime Minister in difficult circumstances when he has been handed over is to carry on and that is what I will do.

Johnson survived a no-confidence vote last month following a scandal over violations of the COVID lockdown within his administration.

I am Kristen Flavin. For more news, features, and analysis, visit wng.org.