The hottest weather so far this year is coming this weekend 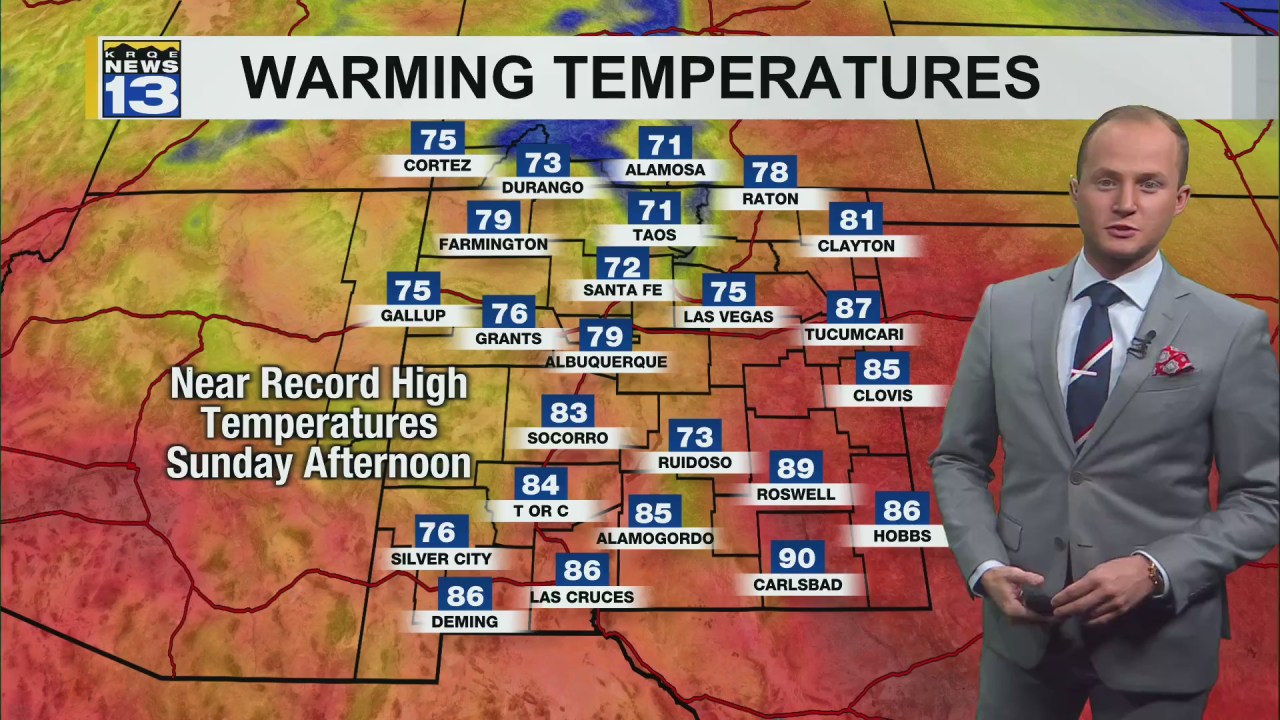 NEW MEXICO (KRQE) – Much warmer weather began to return to New Mexico on Thursday. Temperatures continue to climb into Sunday with near record high temperatures possible.

A return Thursday to your regular spring programming. High temperatures on Thursday afternoon returned to late March averages. At night, temperatures won’t be as cool either. This warming trend that really started this afternoon will continue throughout the weekend.

Changes are on the way again next week. Temperatures will remain warm Monday afternoon, but a storm system will begin to approach the state. Winds are increasing Monday afternoon ahead of this storm which will sweep a cold front over New Mexico on Tuesday morning.