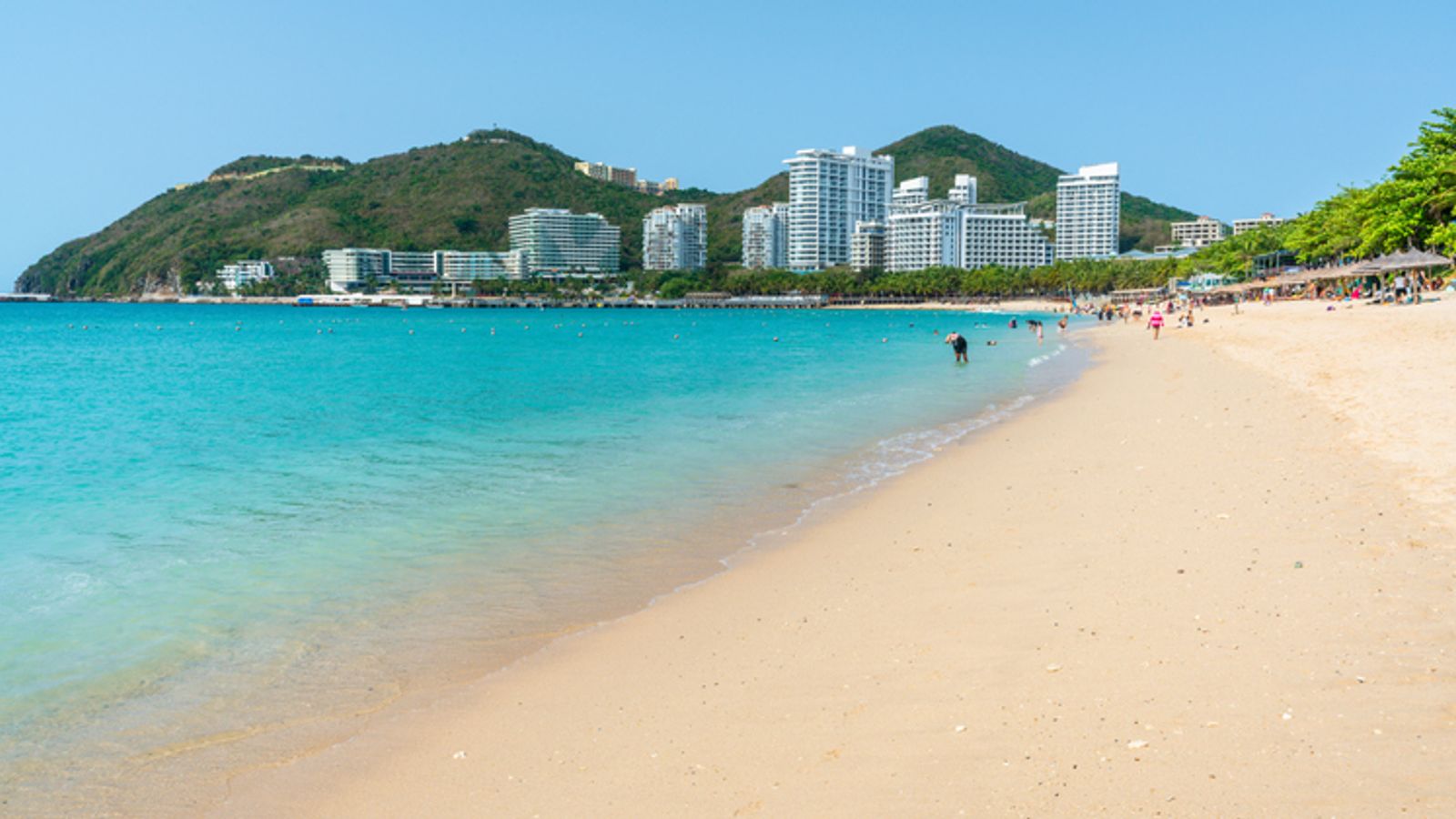 Tens of thousands of tourists are stranded in a Chinese resort town after a lockdown was imposed due to a sharp rise in COVID cases.

Sanya, a city in the island province of Hainan, introduced the measures on Saturday.

Vacationers must test negative five times in a week before they can leave the island – described as China’s version of Hawaii.

The lockdown comes after more than 1,500 locally transmitted infections were detected this month, including at least 1,000 symptomatic.

It compares to just two local symptomatic cases on the island last year and is another example of Chinastrict approach to quash even relatively small outbreaks.

Other areas of the island were closed on Monday, according to state media, including the provincial capital Haikou – a city of nearly three million people – and the smaller towns of Ledong and Chengmai.

People should not date outside of essential reasons such as getting a covid test, while some public transport has also been suspended.

Lockdowns would be in place for varying periods; that of Haikou for only 13 hours – but it is not known when the measures in Sanya will end.

According to reports, 80,000 tourists in the resort are now at risk of being stranded in their hotels until at least next Saturday and most flights have been cancelled.

Tourists have complained on social media that they still have to pay full price for their rooms despite authorities saying they will be charged half price.

Others said food delivery charges and hotel dining prices had risen dramatically and there were long waits to get a coronavirus test.

“We just hope it doesn’t turn into another Shanghai,” said one tourist, speaking on condition of anonymity.

Shanghai, a city of over 20 million people, was recently subject to a two-month confinement that confined people to their homes and sparked rare instances of public dissent.

China’s zero COVID policy has seen similar draconian measures imposed in other cities in response to just a handful of cases.