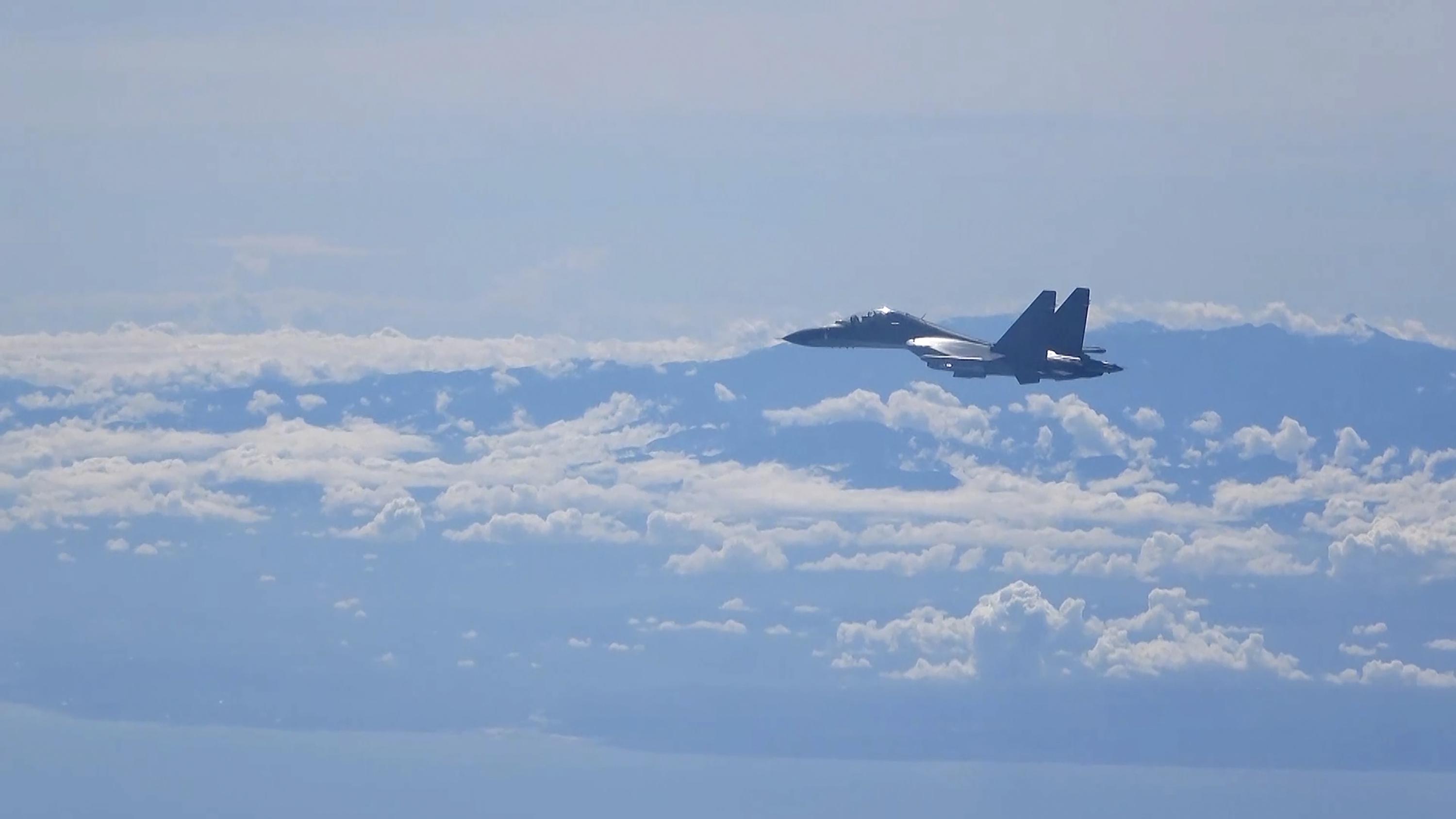 BEIJING (AP) — Taiwan said on Saturday that China’s military exercises appeared to simulate an attack on the self-governing island, after several Chinese warships and planes crossed the center line of the Taiwan Strait following the visit. of United States House Speaker Nancy Pelosi in Taipei. which infuriated Beijing.

Taiwan’s armed forces issued an alert, sent air and naval patrols around the island and activated land-based missile systems in response to Chinese drills, the National Defense Ministry said. As of 5 p.m., 20 Chinese aircraft and 14 ships continued to carry out sea and air drills around the Taiwan Strait, he added.

The ministry said areas declared by China as no-go zones during drills for other ships and aircraft had “seriously undermined the peace”. He stressed that the Taiwanese military does not seek war, but will prepare and respond to it accordingly.

China’s Defense Ministry said in a statement on Saturday that it had carried out military drills as planned in the sea and airspaces north, southwest and east of Taiwan, with emphasis on the “test of capabilities” of its land strike and sea assault. systems.

China has launched live-fire military drills after Pelosi’s trip to Taiwan earlier this week, saying he violated the “one China” policy. China views the island as a breakaway province to be annexed by force if necessary, and views visits to Taiwan by foreign officials as recognition of its sovereignty.

The Taiwanese military also said it detected four unmanned aerial vehicles flying near the offshore county of Kinmen on Friday night and fired flares in response.

The four drones, which Taiwan believed to be Chinese, were spotted over the waters around the Kinmen Island Group and neighboring Lieyu Island and Beiding Islet, according to Taiwan’s Kinmen Defense Command. .

Kinmen, also known as Quemoy, is a group of islands just 10 kilometers (6.2 miles) east of the Chinese coastal city of Xiamen, in Fujian Province, in the Taiwan Strait, which separates the two parts which separated in the middle of the civil war in 1949.

“I call on the international community to support democratic Taiwan and stop any escalation of the regional security situation,” she added.

The Chinese military exercises started on Thursday and are expected to last until Sunday. Exercises so far have included missile strikes on targets in the seas north and south of the island in an echo of the last major Chinese military drills in 1995 and 1996 aimed at intimidating Taiwan’s leaders and voters .

Taiwan has put its army on high alert and held civil defense exercises, while the United States has deployed numerous naval assets in the region.

The Biden Administration and Pelosi said the United States remains committed to a “one China” policy, which recognizes Beijing as the Chinese government but allows informal relations and defense ties with Taipei. The administration discouraged but did not stop Pelosi from visiting.

China also halted defense and climate talks with the United States and imposed sanctions on Pelosi in retaliation for the visit.

Pelosi said in Tokyo, the final leg of his Asia tour, on Friday that China would not be able to isolate Taiwan. by preventing US officials from going there.

Pelosi has long been a human rights advocate in China. She, along with other lawmakers, visited Beijing’s Tiananmen Square in 1991 to support democracy two years after a bloody military crackdown on protesters in the square.

Meanwhile, cyberattacks aimed at bringing down Taiwan’s foreign ministry website doubled between Thursday and Friday, compared with similar attacks before Pelosi’s visit, according to Taiwan’s Central News Agency. The ministry did not specify the origin of the attack.

Other government departments and agencies, such as the Home Office, also faced similar attacks on their websites, according to the report.

A distributed denial of service attack aims to overload a website with information requests that eventually crash it, making it inaccessible to other users.

Also on Saturday, the Central News Agency reported that the deputy head of the Taiwan Defense Ministry’s research and development unit, Ou Yang Li-hsing, was found dead in his hotel room after suffering a seizure. cardiac. He was 57 years old and had overseen several missile production projects.

The report said his hotel room in southern Pingtung County, where he was on a business trip, showed no signs of intrusion.

Taiwanese overwhelmingly favor maintaining the status quo of the island’s de facto independence and reject China’s demands for the island to unify with the Communist-controlled mainland.

Overall, most countries adhere to the “one China” policy, which is a requirement for maintaining diplomatic relations with Beijing.

Any company that does not recognize Taiwan as part of China often faces a backlash, often with Chinese consumers pledging to boycott its products.

On Friday, Mars Wrigley, the maker of the Snickers candy bar, apologized after posting a video and documents featuring South Korean boy group BTS that had referred to Taiwan as the country, sparking heated uproar. reviews from Chinese users.

In a statement on its Weibo account, the company expressed its “deep apologies.”

In a separate post, the company added that there is “only one China” and said “Taiwan is an inalienable part of Chinese territory.”