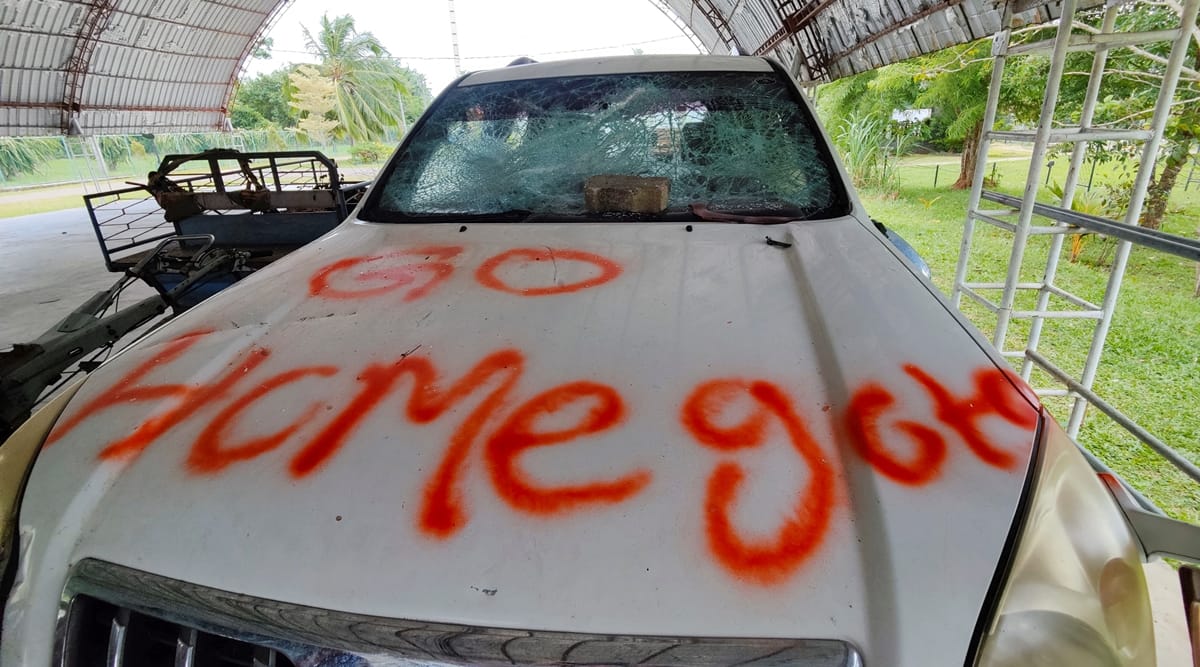 Vehicles of Sri Lanka’s ruling party supporters are seen in a lake after being pushed into water during a clash of pro and anti-government protesters near the Prime Minister’s official residence in Colombo, Sri Lanka on 10 May 2022. (Reuters)

The Indian High Commission in Colombo on Wednesday dismissed speculative media reports that New Delhi is sending its troops to Sri Lanka. He reiterated the position of the Ministry of External Affairs that India fully supports Sri Lanka’s democracy, stability and economic recovery. Earlier, the Commission had denied reports that “certain political figures and their families had fled to India”. “These are false and patently false reports devoid of any truth or substance. The High Commission strongly denies them,” the Indian High Commission in Colombo tweeted.

The resignation of Prime Minister Mahinda Rajapaksa sparked clashes between his supporters and anti-government protesters. Amid reports that Mahinda and her family fled to Trincomalee Naval Base, protesters set up checkpoints on the road leading to Colombo’s Bandaranaike International Airport to prevent Rajapaksa family loyalists from fleeing the country.

India on Tuesday sought to distance itself from the Sri Lankan government led by the Rajapaksa family and pledged its support to the “people of Sri Lanka”.

A day after Mahinda Rajapaksa stepped down as prime minister, India took a nuanced view of developments in Sri Lanka, saying it “will always be guided by the best interests of the people of Sri Lanka expressed through of democratic processes”.

The carefully crafted three-paragraph statement does not mention the “Government of Sri Lanka” or the Rajapaksas at all.

Also, “democratic processes” probably refers to peaceful protests and eventual elections, and Delhi’s discomfiture at the government’s crackdown on protesters and the use of any undemocratic means to retain the power – such as military intervention or declaration of emergency, etc.