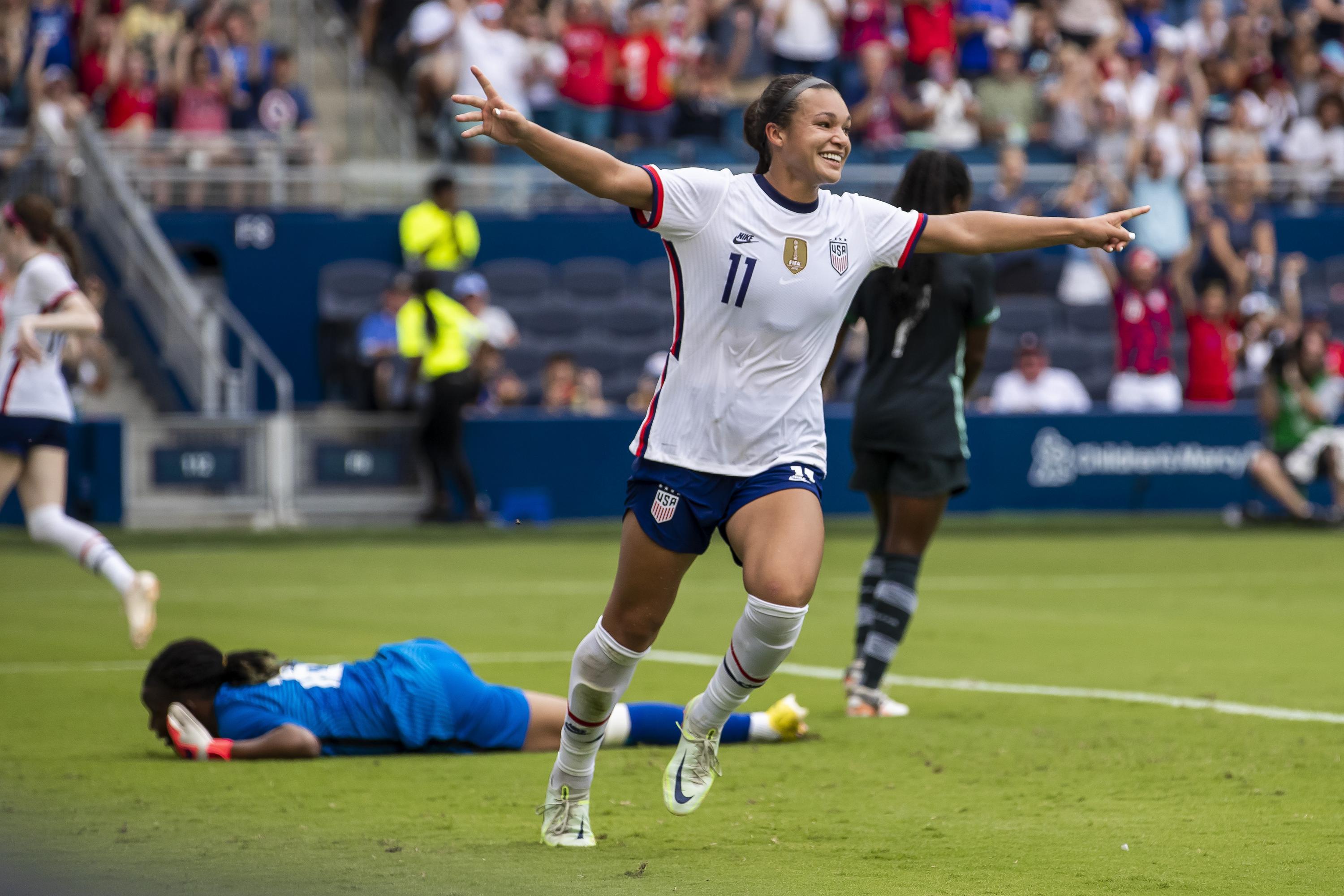 KANSAS CITY, Kan. (AP) – Sophia Smith scored twice in the first half and the United States Women’s National Team beat Nigeria 4-0 on Saturday as both teams prepare for next summer’s World Cup .

The United States have a 70-game unbeaten streak on American soil – 63 wins and seven draws.

The two teams face off again on Tuesday in Washington, D.C.

Smith beat a defender and scored from distance in the 14th minute. Lindsey Horan made it 2-0 in the 26th minute with a goal at the far post on an assist from Smith, who added a second goal in first-half stoppage time.

Alex Morgan converted a penalty in the 52nd minute after a foul on Mallory Pugh in the box.

Smith, who plays for the Portland Thorns of the National Women’s Soccer League, leads the national team with nine goals this year.

Smith, who is only 22, is developing different aspects of his game, USA coach Vlatko Andonovski said.

“(His) individual moves are very good. But then his moves off of Alex Morgan were very precise. We saw some good relationships with Alex, some good relationships with the players that were around,” Andonovski said. , she not only becomes a very good player individually, but also brings other players into the game and helps them look better on the pitch.”

The United States qualified for the World Cup at the CONCACAF W Championship in July. The team won the tournament title to also secure a spot at the 2024 Olympics.

The United States have won the last two World Cups and have four titles in total.

Nigeria, one of the most successful women’s teams in Africa, qualified for the 2023 World Cup by advancing to the semi-finals of the Africa Cup of Nations in July. The Super Falcons finished fourth in the tournament.

Nigeria has qualified for every World Cup since the tournament began in 1991. Currently, the team is coached by former NWSL Houston Dash coach Randy Waldrum.

Following Tuesday’s rematch against Nigeria, the United States will travel to Europe to face England at Wembley Stadium on October 7.