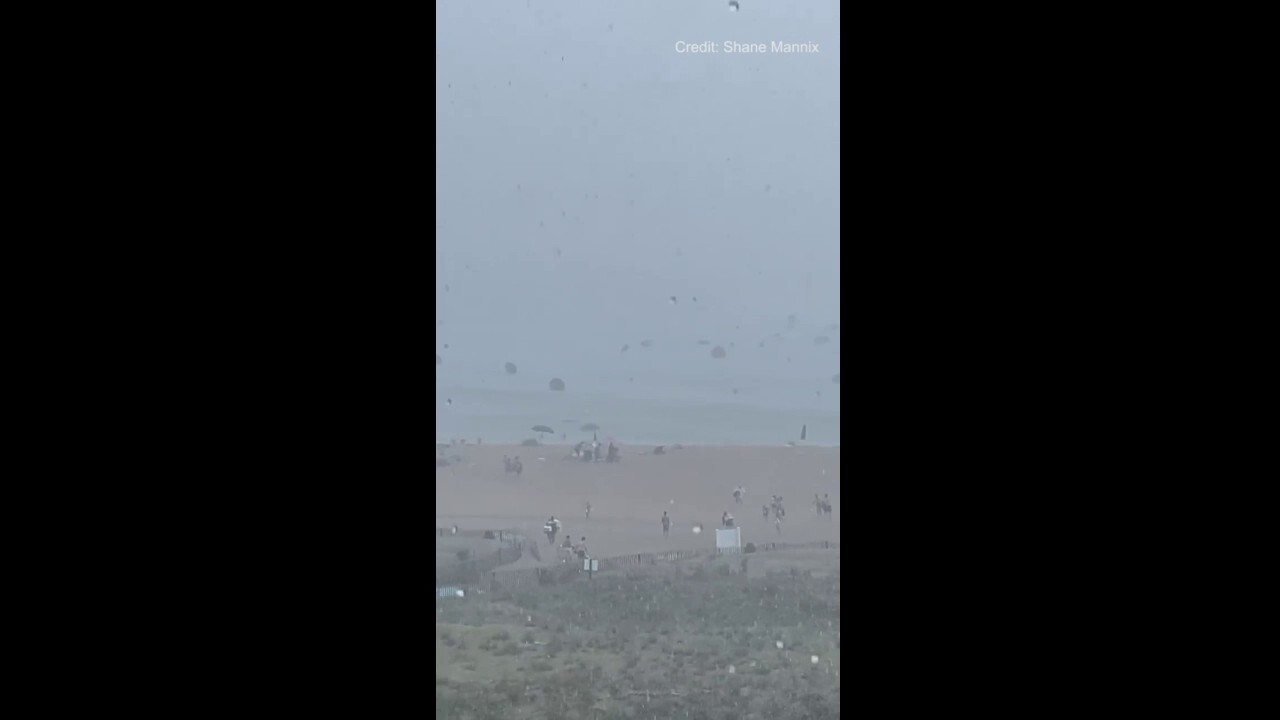 Gusts of wind hit the Delaware coast on Friday, with video showing dozens of umbrellas blowing off the sand and swirling through the air.

Visitors can be seen fleeing the beach as gusts of wind lift umbrellas off the ground and toss them into the ocean. One social media user described the scene as “downright apocalyptic”.

According to witnesses, the bad weather seems to come out of nowhere.

Bethany Beach is a small coastal town in the county of Sussex. With a population of around just over 1,000, the summer months bring some 15,000 visitors to its shores.

The severe weather came a day after witnesses captured footage of a waterspout slamming into Smith’s Island off Maryland’s Chesapeake Bay.

This video, taken by Amy and Daniel Somers, shows debris flying through the air as the waterspout approached land.

Significant damage to structures and property was reported on Smith Island, but there was no immediate word on injuries to residents of the small island.