Several fires started by lightning during a week of severe weather :: WRAL.com 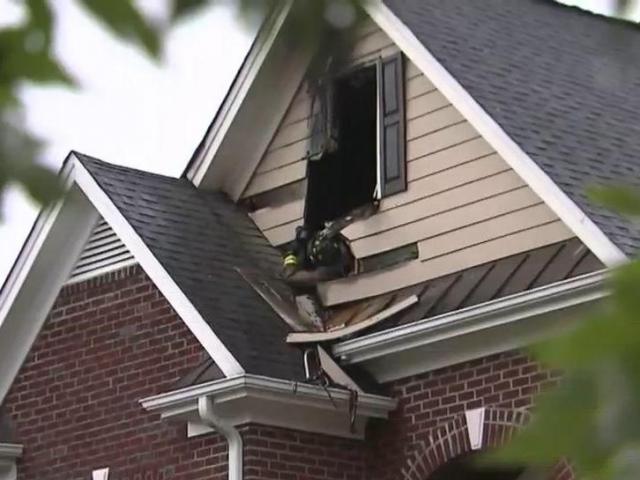 Wake Forest, North Carolina — Lightning is a fascinating force of nature. Known to be dangerous.

One of those strikes hit a house in Wake Forest, starting a fire in the attic with Anthony Aiad inside.

“The light was very bright,” Aiad said. “[I was] definitely freak out. I tried to get my phone to call 911. Make sure my mom was safe.”

The natural phenomenon also left a destructive mark in other places.

Earlier this week, lightning struck a local business in Rolesville, caused extensive damage to a seniors’ residence in Wake Forest and even struck another home in Knightdale.

Experts told WRAL News that being indoors provides the best protection during a thunderstorm, but it’s still possible to fall victim to a lightning strike.

John Jensenius of the National Lighting Safety Council said it was important to follow safety advice inside shelters.

“Anything that plugs into the wall becomes dangerous and you don’t want to wash your hands or take a shower. You don’t want to be on wired phones,” Jensenius said. “We also recommend staying away from doors and windows simply because if lightning strikes your home for example, it could hit the doorknob from the outside in.”

Aiad said Friday’s storms made him a bit more aware of the weather.

“You never know when lightning might strike,” Aiad said.

Jensenius said you want to wait 30 minutes after a thunderstorm to go back outside.