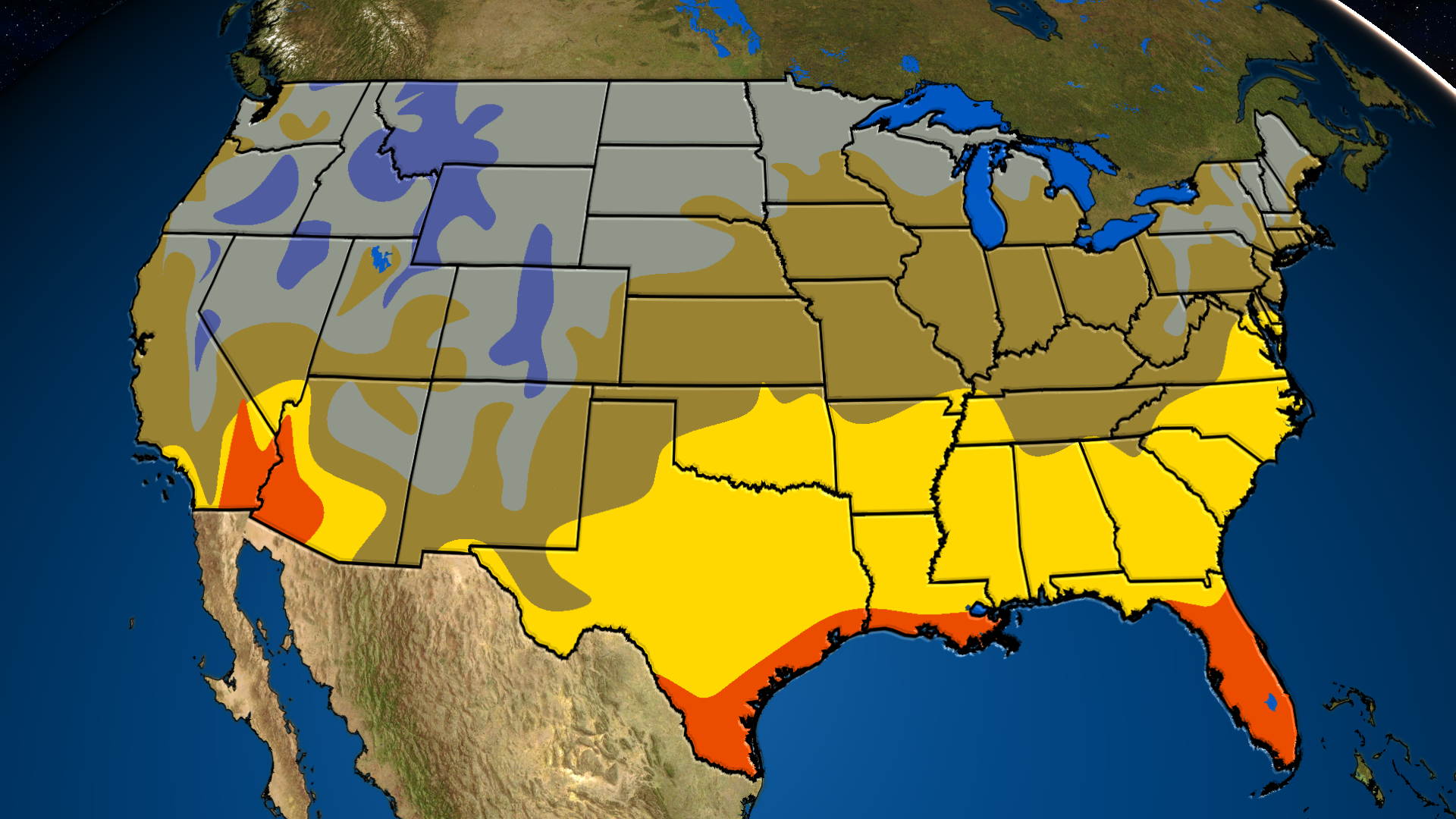 September is usually a month of weather change as we transition from summer to fall. Temperatures are cooling and daylight is decreasing. Hurricanes remain a concern as some areas brace for their first snowfall of the season. The Santa Ana winds are also starting to return and the southwest monsoon is ending.

Here is an overview of the changes to expect in the weather this month.

Both high and low temperatures drop noticeably at the end of the month. For many, one of the clearest signs that fall is here is the crisp, cool mornings that become more common in late September.

September mean lows are in the 50s and 60s for much of the lower 48s, while parts of the northern level and higher elevations experience mean lows in the 30s and 40s. persist across much of Florida, along parts of the Gulf Coast and the desert southwest.

High temperatures are also taking a downward turn. Average highs for the month are in the 60s and 70s across much of the northern portion, while the 80s persist across the southern US, with high 90s and highs in parts of Florida , Texas and the desert southwest.

The average high temperature in early September in Atlanta is 87 degrees, but by the end of the month it is around 80 degrees. In Minneapolis, the average high is in the upper 70s to start the month, but drops into the mid 60s at the start of October.

However, temperature forecasts for this month of September suggest that many areas in the western and northern tiers could wait a little longer for autumnal temperatures to appear.

Regions further north see a greater change in daylight hours in September. North tier locations lose over an hour of daylight from the start of the month until the end. Anchorage, Alaska receives nearly 2 hours and 45 minutes less daylight on September 30 compared to September 1.

Sunrises are later throughout the month, but earlier sunsets are more visible and signal, to many, that winter is not far away.

September is prime time for Atlantic hurricane season, with the peak occurring around September 10.

Although this year has been quiet so far, that doesn’t mean it will stay that way. There are typically four named storms in the Atlantic in September, with three becoming hurricanes and one to two reaching major hurricane status (Category 3 or higher on the Saffir-Simpson Hurricane Wind Scale ).

Tropical development is monitored near the United States as well as towards the west coast of Africa in September.

First snow of the season

It may sound strange, but there are areas where snow can fall in September.

September snow is more common in higher elevations and in Alaska. Fairbanks, Alaska averages 2.4 inches of snowfall in September, while Cheyenne, Wyoming averages just under an inch of snowfall, although there is no measurable snowfall each September. .

Recently, a historic September snowstorm hit parts of the northern Rockies in 2019. The highest snowfall total was 48 inches in Browning, Montana. Great Falls, Montana broke its September record in what was one of its strongest snowstorms ever.

The weather in the West usually begins to change in September.

One of these patterns results in the returning Santa Ana winds. A strong area of ​​high pressure over the western interior translates to an offshore pattern with winds coming from the higher elevations of the desert areas in the canyons and passes of Southern California. Wind speed increases as it is funneled through mountain passes. Warm temperatures often accompany the Santa Ana winds.

The combination of low humidity levels and strong winds can increase fire danger, especially in early fall as California ends its dry season.

Meanwhile, the southwest monsoon season ends on September 30. This is also due to a change in wind and temperature patterns in the region.

In the summer, winds blow from the ocean to the southwest, bringing wet weather to the region. During the fall this changes as the wind shifts from land to ocean as the land begins to cool and the water is warmer.