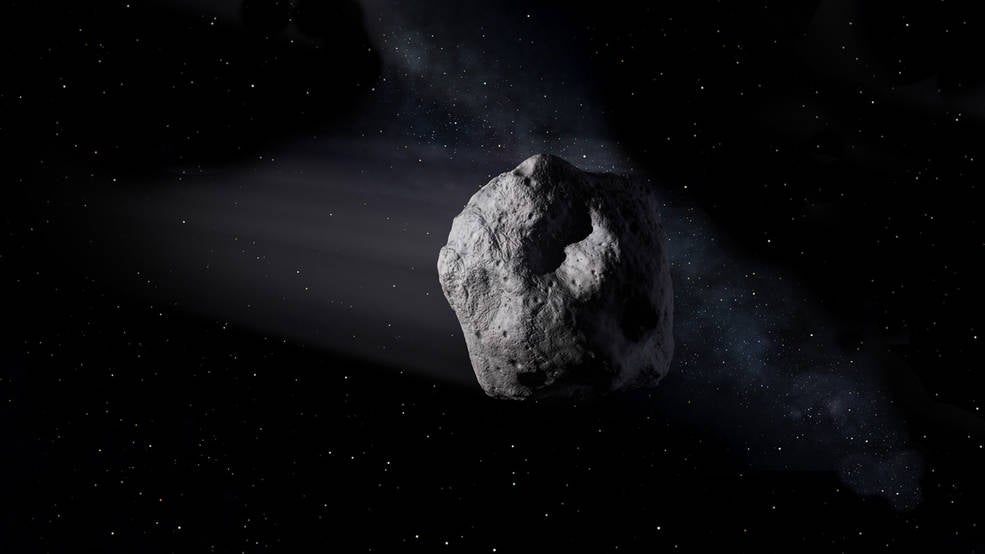 The universe has a habit of toying with us Earthlings with some otherworldly phenomenon or the other since time immemorial. And on this April Fool’s Day, the cosmos has a pretty elaborate prank in store for us, with a potentially dangerous asteroid set to fly past Earth on April 1!

This week, astronomers got a rare glimpse of an asteroid – labeled 2007 FF1 – which will pass our planet on Friday.

2007’s FF1 is one of approximately 15,000 Apollo-class asteroids, meaning its orbit around the Sun (which takes 684 days) intersects Earth’s orbit. And due to its size and proximity to Earth, the space rock has been classified as “potentially hazardous”.

Although the asteroid is about as big as a school bus, spanning 360 feet to 656 feet in diameter, it poses no threat to us. for it will fly over our world at a safe distance. Astronomers predict it will be within 4.6 million kilometers of Earth, about 19 times the distance between Earth and the Moon.

Scientists from the Virtual Telescope Project managed to capture a blurry image of the asteroid hurtling towards us on March 24, when it was about 11.6 million kilometers from Earth. This image provided the first confirmation that this asteroid will fly past Earth as predicted.

The April 1 event will be the object’s closest approach to Earth since its discovery in March 2007.

For weather, science and COVID-19 updates on the go, download The Weather Channel app (on the Android and iOS store). It’s free!