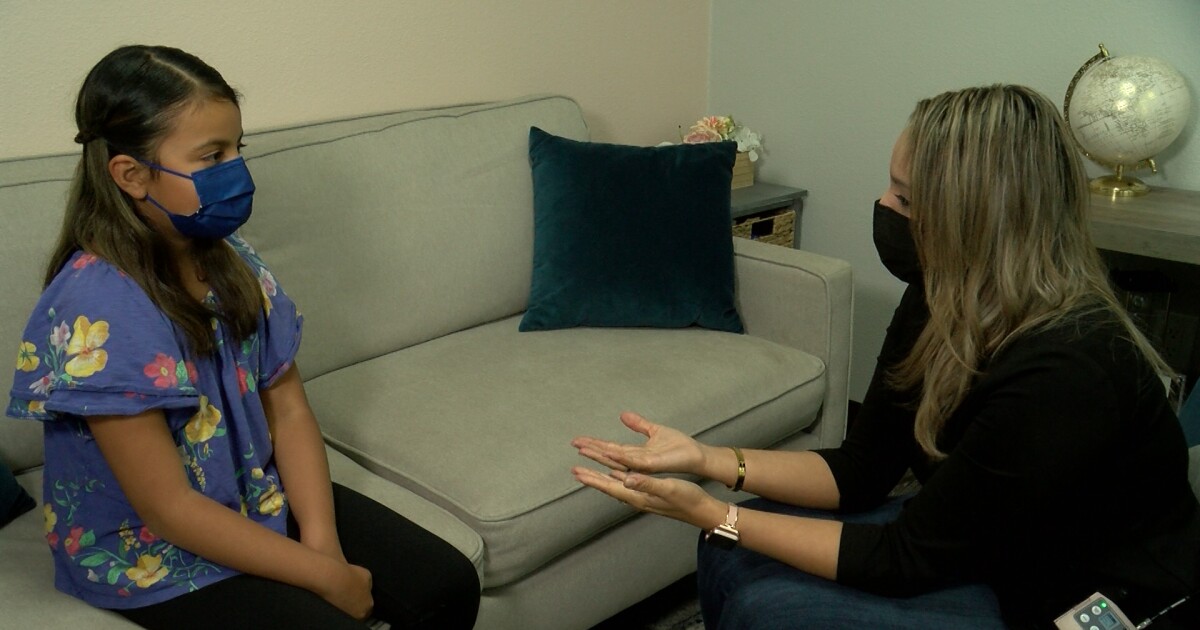 Rates of substance abuse and psychological distress are rising in San Diego County. At the same time, the region faces a shortage of behavioral health workers.

A new report from the San Diego Workforce Partnership found the region needs to more than double the behavioral health workforce by 2027.

“Over the next five years, we need to recruit more people … currently working in this field – it’s a very, very difficult task,” said Daniel Enemark, chief economist at the San Diego Workforce Partnership.

In addition to reviewing publicly available data, 1,600 behavioral health workers and students were interviewed for the report. The results revealed that the majority of jobs in the field are underpaid.

“It’s a problem,” he said. “We can’t recruit and retain people if we don’t pay them.”

Officials estimate that between the private, public and nonprofit sectors, there are currently 17,000 behavioral health workers to serve a county of more than 3 million people.

“The current behavioral health workforce meets a lot of the needs, but not all of them,” Enemark said.

According to the Workforce Partnership, to meet growing needs and replace people leaving the field, approximately 18,000 additional workers need to be hired in the San Diego area over the next five years. This includes peer support specialists, counsellors, social workers, psychiatrists and other medical personnel.

“I would say that nowhere in America has the behavioral health care system in place to provide the right care to the right person at the right time, and I want San Diego to be first,” the supervisor said. San Diego County, Nathan Fletcher, at the recent symposium.

Fletcher commissioned the study. He said no one entity can close the gap overnight, but many must contribute.

“We’re hoping to not only leverage our friends in philanthropy, get the county on board, get the state on board and we’ll go to Washington DC to advocate for funding there because we need to develop a system that gets the right person, the right care at the right time,” Fletcher said. “And investing in the workforce is key.”

For Fletcher, this question is personal. He says he had a turbulent and traumatic childhood. Then, as a US Marine, he had several combat deployments.

“I’ve seen the impact of combat take a toll not just on me but on my friends and I know how bad it is, but the reality of the trauma is that it’s not just the Marines and Navy SEALS at times. who go through this, trauma is trauma,” Fletcher said. “Anyone who has survived a sexual assault, anyone who has been in a difficult situation could be a victim of it and it pains me deeply that we do not treat mental health issues in the same way that we treat physical health.

The county has invested more year after year. The last four budget cycles have seen a $230 million increase in behavioral health services, with the overall budget approaching $900 million.

Local nonprofits are also getting county contracts to provide behavioral health services in the area, but some say the system is outdated and not keeping pace with the rising cost of living.

“Right now the county allows us to do hiring bonuses, but we also have to do retention bonuses,” said Cathryn Nacario, CEO of the San Diego chapter of the National Alliance on Mental Illness, or NAMI. “We need to be able to reward staff who have stayed with us, especially during the pandemic.”

NAMI San Diego works with up to 40,000 San Diego residents per year. Nacario said some of his employees are leaving the field due to burnout.

“Individuals are also leaving for higher paying jobs in the same industry due to such labor shortages,” she said. “What we’re seeing is people leaving for $1 or $2 more an hour and literally giving no notice. They’re like, ‘Hey, I’m going to work for so-and-so and I’m leaving tomorrow.’ “

The Workforce Partnership estimates that the cost of hiring and training 18,000 additional workers would be around $424 million. They recommend a “down payment” strategy, which calls for investing $128 million to recruit 4,250 workers over the next five to ten years. Nacario is part of the steering committee that aims to make these goals a reality.

“That’s really where the work begins,” she said. “We don’t want this to sit on a shelf and gather dust, so we need to bring together a core group of individuals to make sure that over the next two, three, five, seven years it keeps moving forward. “