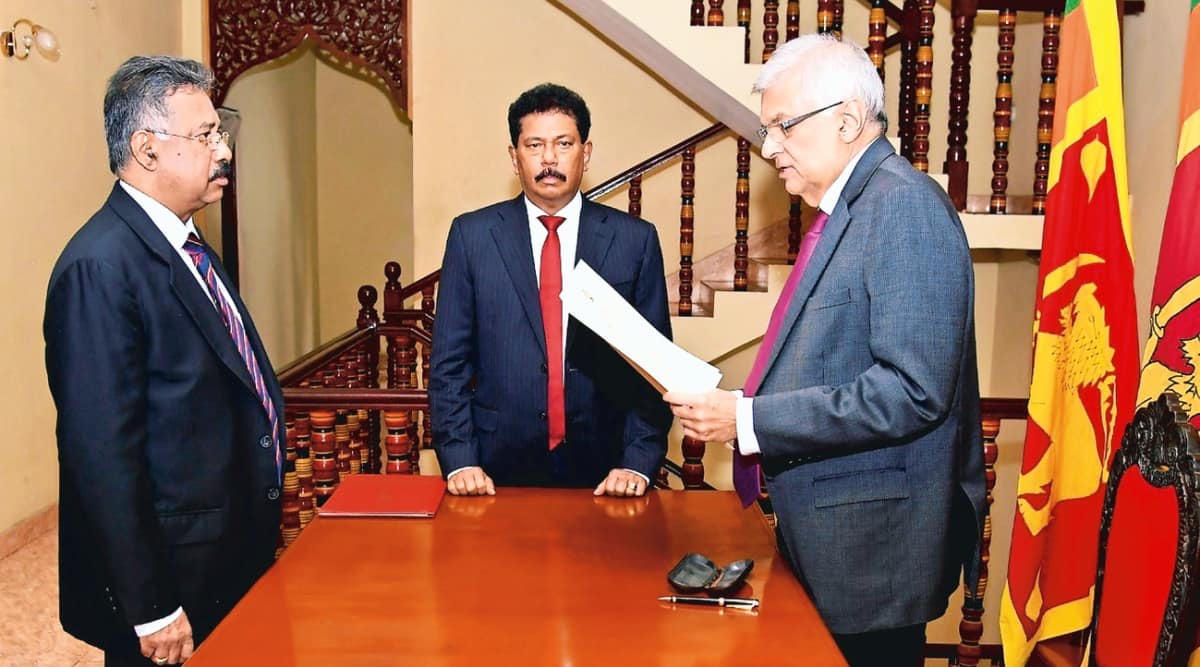 DESCRIBING the situation in Sri Lanka as “dangerous”, the country’s new acting president, Ranil Wickremesinghe, said on Friday he would not “allow anything unconstitutional” to happen, setting the stage for the parliamentary process beginning on Saturday for elect a new leader on July 20. .

Former Prime Minister Wickremesinghe’s remarks came after he was sworn in as caretaker president following official confirmation from the Speaker of Sri Lanka’s Parliament, Mahinda Yapa Abeywardena, that he had received the resignation letter of President Gotabaya Rajapaksa.

“I am bound to protect the Constitution,” Wickremesinghe said.

“I will never allow anything unconstitutional to happen in our country. I do not work outside the Constitution…If law and order breaks down, it will affect our economy. Like fuel, our electricity and water supplies as well as our food supply may be disrupted. We all need to understand this dangerous situation,” he said.

These forceful remarks seemed to be aimed at the demonstrators in Colombo who demanded that the entire government apparatus be replaced by a “People’s Council” composed of representatives of ordinary citizens. In recent days, Wickremesinghe, whose private residence was set on fire during the protests, had called the protesters “fascists”.

President Abeywardena said the new president would be elected by parliament on July 20, as decided by the leaders of all political parties. Parliament will meet on Saturday to launch the legislative process ahead of the elections.

Nominations for the post will be called on July 19 and voting will take place on July 20 in accordance with the provisions of the Constitution, the Communications Department of the Parliament of Lanka said. Besides Wickremesinghe, opposition leader Sajith Premadasa, former army chief Sarath Fonseka and former minister Dullas Alahapperuma are among the main contenders.

Gotabaya Rajapaksa’s party, Sri Lanka Podjana Peramuna (SLPP), which holds the most seats in parliament, has announced its support for Wickremesinghe. According to Sri Lankan media, party leader and former prime minister Mahinda Rajapaksa and his son Namal are still in the country.

Earlier, the Speaker of Parliament officially confirmed that he had received disgraced President Gotabaya’s resignation letter and said he intended to complete the legislative process to elect a new President within the next week. . Secretary General of Parliament Dhammika Dassanayake will inform the House on Saturday of the resignation that Gotabaya had sent in from Singapore on Thursday after fleeing Lanka.

On Friday morning, President Abeywardena said: “My intention is to conduct the necessary parliamentary business to elect a new president in accordance with the provisions of the Constitution as soon as possible. I call on all party leaders to lend their support to this end.

At the Galle Face Greens ‘Go Gota Gama’ protest village, there were few people on Friday, after the huge rally earlier in the week when protesters captured key government buildings. But those on the site reiterated their demand for Wickremesinghe’s resignation. “We won’t give up until all our demands are met,” said Niroshini, a protester at the president’s secretariat.

Meanwhile, the Indian High Commission reiterated the Ministry of External Affairs’ official statement from earlier this week that India “will continue to stand with the people of Sri Lanka as they seek to realize their aspirations. to prosperity and progress through democratic means and values ​​as well as as established institutions and constitutional framework”.

India’s commitment to assisting the people of Sri Lanka to meet the challenges arising from the current situation in Sri Lanka underscores India’s “neighborhood first” policy as well as the SAGAR (Security and Growth for everyone in the region). , the High Commission said.

He echoed the MEA’s statement that India has responded urgently to help the people of Sri Lanka overcome their economic difficulties and underlined that India has been providing prompt aid as well as support from worth about $3.8 billion in 2022.

He also pointed out that India had categorically denied having played any role in facilitating the departure or travel of former President Gotabaya from Sri Lanka.