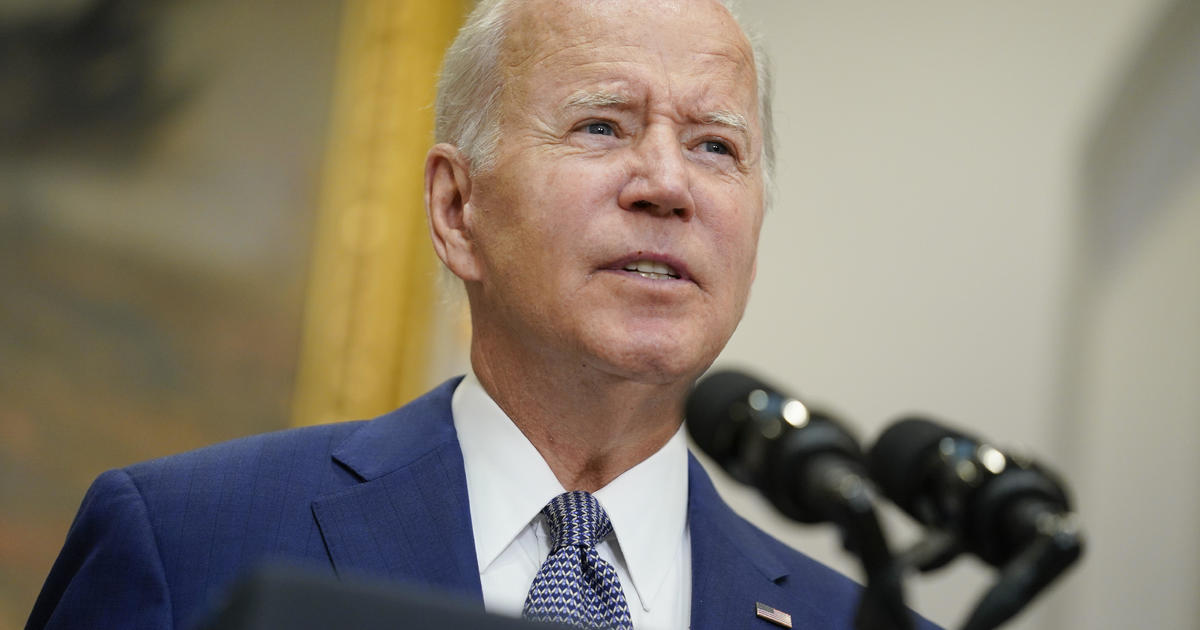 President Joe Biden has tested positive for COVID-19 again, just days after he recovered from his previous case of the virus, the White House doctor said in a statement on Saturday. He has no symptoms but will isolate himself again.

In a tweet, the president said he was “still at work” but self-isolating “for the safety of everyone around me.” He will not participate in his upcoming trips to Wilmington, Delaware or Michigan, the White House said.

Later Saturday afternoon, the president proved his point – sharing a photo of himself in mask and signing a document that will add individual assistance to the major disaster declaration he endorsed after Kentucky suffered deadly and devastating floods. He also shared a video of himself in the White House with his dog, Commander.

A photo was also posted to Mr. Biden’s Instagram account on Saturday night showing him using his phone to FaceTime with “families fighting to pass burning fireplace legislation.”

This refers to a bill, which failed to move forward in the Senate this week that would provide benefits to an estimated 3.5 million veterans exposed to toxic burns in the wars in Afghanistan and Iraq.

The president, who is vaccinated and doubly boosted, is feeling “pretty well” and his doctor, Colonel Kevin O’Connor, has said he will not be starting any treatment at this time.

Mr. Biden experiences what O’Connor called “rebound” positivity, which can happen to a small percentage of patients treated with the drug Paxlovid.

Mr. Biden was first diagnosed with COVID less than two weeks ago. The 79-year-old president went into self-isolation and started taking Paxlovid, a antiviral treatment made by Pfizer, White House press secretary Karine Jean-Pierre said in a statement announcing her diagnosis. He only experienced mild symptoms.

His positive test nine days ago was the first known time that Mr. Biden contracted the coronavirus.

In May, the Centers for Disease Control and Prevention warned of potential “COVID-19 rebound” after a five-day course of Paxlovid.

“If you take Paxlovid, you might have symptoms again,” CDC Director Dr. Rochelle Walensky told CBS News. “We haven’t yet seen anyone who has come back with symptoms that require going to hospital. So generally a milder course.”

After a patient has recovered, a a bounce was reported occur two to eight days later. Still, the CDC says the benefits of taking Paxlovid far outweigh the risks. Among unvaccinated people at high risk of serious illness, it reduced the risk of hospitalization and death by nearly 90%, according to the CDC.

At the time, Pfizer said it saw a rebound rate of around 2%, but continued to monitor patients.

White House COVID-19 coordinator Dr. Ashish Jha told reporters on Monday that the data “suggests between 5 and 8 percent of people have rebounded” after Paxlovid treatment.

Sophie Reardon is editor of CBS News. Contact her at [email protected]