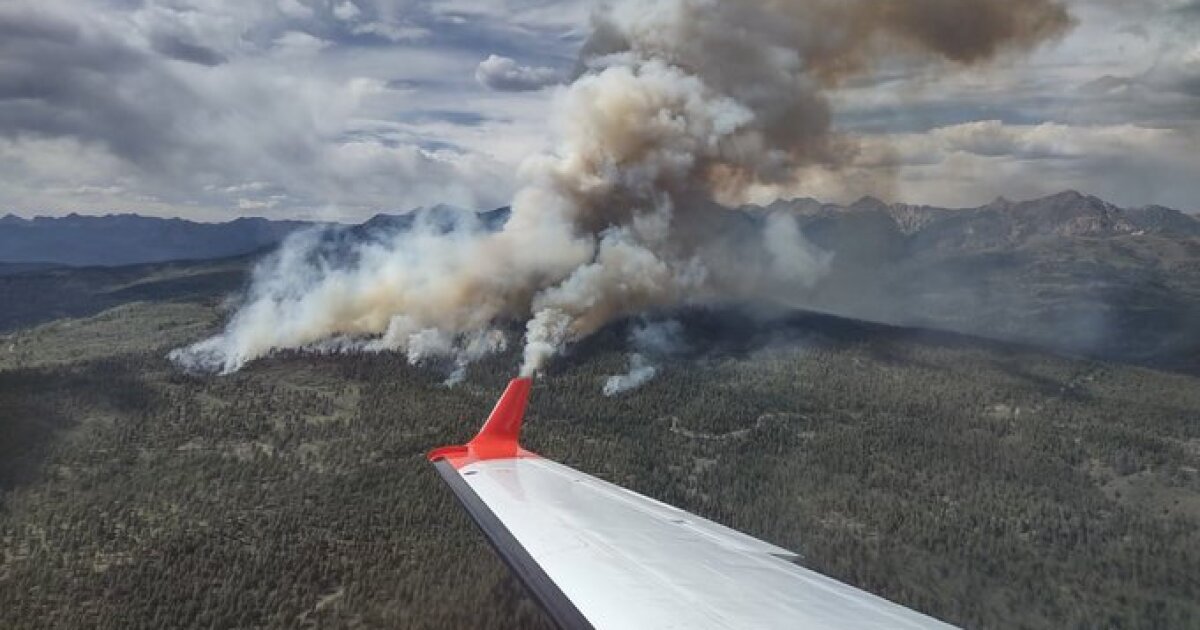 DENVER – The Fire Plumtaw burning north of Pagosa Springs remains at 735 acres and 0% Thursday morning, but red flag weather could cause it to spread.

In a morning briefing, Brad Peitruszka, the incident commander for Plumtaw Fire, said Wednesday was a great day for firefighting efforts. Cloud cover, along with work on the ground and in the air, kept the wildfires under control.

Crews were able to work around the southern edge of the fire and make progress around the northwest edge.

Helicopters and air tankers were heavily focused on perimeter control of the blaze, which helped firefighters at the northern end of the blaze, Peitruszka said.

Fire crews were also able to create a dozier line crossing north of the blaze, but Peitruszka said it would take a lot of work to prepare and maintain the fire line south of the Lost Valley Subdivision. Crews also spent time in the subdivision examining structures to help with prevention by increasing defensible space in case the fire moved in that direction.

Although good progress was made, fire crews were unable to do much at the head of the wildfire on the northeast side due to the winds. They were able to lay down a retarder to reduce the intensity of the fire and the potential for spotting.

The San Juan National Forest will move into Stage 1 fire restrictions just after midnight Friday. The area is under a red flag warning from 11 a.m. to 9 p.m. Thursday for winds of 15 to 25 mph that could gust up to 35 mph, according to the National Weather Service and Peitruszka.

Because they don’t have physical lines across much of the blaze, Peitruszka said they expect it to grow Thursday, but the degree of growth is uncertain.

Crews are hoping they can continue to use Four Mile Creek Road to help maintain the line of fire, but it’s possible the fire could find its way across the road and become established due to conditions. If that happens, there could be substantial fire growth of one to two miles, Peitruszka said.

“Fire managers must practice risk-based decision making and ensuring the safety of our firefighters and the public is the number one priority,” Pietruszka said. “There is always the possibility of fire crossing Fourmile Road, but well-rested teams are better prepared to make sound, safe and effective decisions.”

People living in the Lost San Juan Valley remain under evacuation orders, and no further evacuations or pre-evacuations have been ordered. For evacuation information, contact the Archuleta County Emergency Operations Call Center at 970-422-7084.

the the fire area is closed to the public includes Four Mile Road (NFSR 645) at the edge of the forest, Plumtaw Road (NFSR 634) from the junction of McManus Road (NFSR 633), Fourmile Trail, Anderson Trail and Cade Mountain ATV Trail.

Fire started around 1 p.m. Tuesdaybut its cause is still under investigation.