Panthers bounce back and sweep No. 20 Clemson in weather-shortened weekend streak 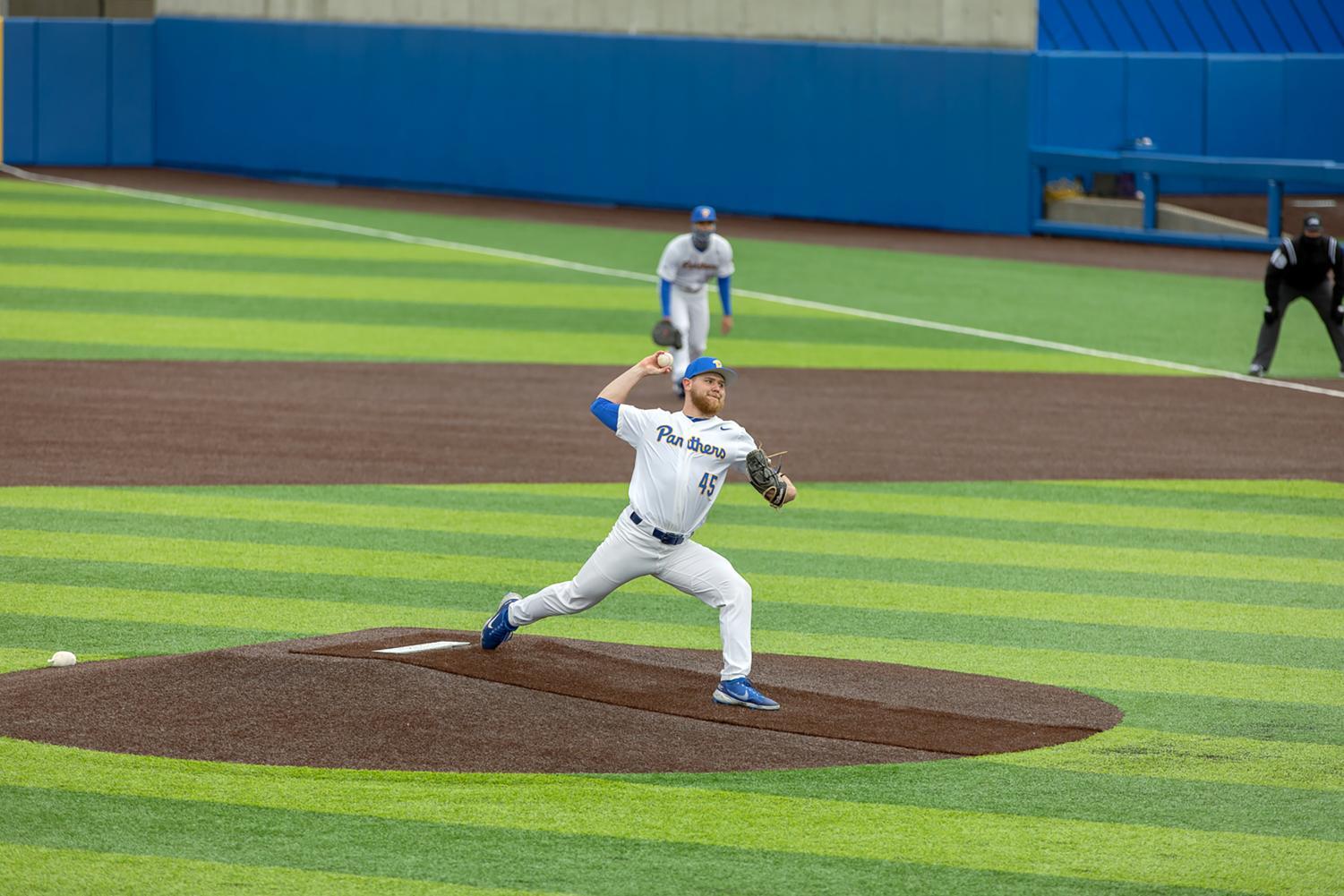 While the outlook looked bleak, the Panthers (12-10 overall, 3-5 ACC) were able to emerge from their early-season slump with a shortened home sweep against No. 20 Clemson (16-7 overall, 1-4VAC).

Inconsistencies have haunted the Panthers this season as they entered the weekend after losing six of their last eight. The Panthers found themselves sitting 10-10, looking forward to a tough fight against the No. 20 Tigerswho were 16-5 going into Friday’s opener.

On top of that, the weather changed the structure of the series. Originally, the series was scheduled for three games spread over Friday, Saturday and Sunday. Snowstorms across Pittsburgh moved games one and two to a doubleheader Friday afternoon, and game three was canceled entirely.

Despite the weather and the slump, coach Mike Bell was confident in the Panthers’ game plan.

“To me, whether you win six of eight or lose six of eight, we attack the game plan against an ACC opponent the same way,” Bell said. “We can only control what we can control.”

And they checked. The Panthers won first game 8-0and finished scanning in a 10-7 second game Friday.

“[Gilbertson’s] just ran,” Bell said. “He’s done a great job of giving us quality starts, and we trust him, so we’re building on his strengths.”

The pitching staff as a whole has improved greatly from their performance at Virginia Tech last weekend, where they allowed 32 runs in three games. They struck out 31 on Friday while walking only five in 18 innings. Senior relief pitcher Baron Stuart anchored the Panther bullpen, pitching two relief innings in both games and earning the stoppage in Game 2.

Stuart’s second save of the season came at the right time as he halted the Tigers’ furious comeback attempt. Game 2 saw the Panthers lead 9-1 to six, thanks to a dominating start from second-year right-hander Logan Evans. Evans struck out nine in five innings while allowing just one earned run.

But the Tigers quickly woke up, scoring six combined runs in the seventh and eighth innings to bring the game back to within two runs. Stuart came in and struck out five of the last six batters to cap off an impressive day for him.

While it wasn’t a perfect day for the Panthers staff, it was good enough to give them a crucial sweep against a ranked ACC opponent. Bell was proud of his group.

“Clemson is a very aggressive offense and a very good team,” Bell said. “But we did a great job of keeping them off balance.”

Offensively, the Panthers had contributions up and down the roster in both games. Junior outfielder Kyle Hess had a series-high six hits and two doubles, as well as two RBIs. Sophomore outfielder CJ Funk walked four times to go with two hits to reach base six times. Junior infielder Sky Duff extended his on-base streak to 43 games. In all, the Panthers posted 28 hits against Clemson.

The Panthers’ surge also continued, as they hit five long balls throughout the two-game series. Junior infielder Brock Franks came out of his recent rut by hitting his first home run since March 9 – a single hit to right field in the bottom of the fourth of Game 1. Meanwhile, junior designated hitter Jack Anderson homered deep right center in the third inning of Game 2, giving the Panthers a 6-1 lead.

Other home runs came from series stars Ron Washington Jr. and Bryce Hulett. Washington hit a home run in every game and also had two doubles and four runs in both games.

Hulett hit well all season and continued against the Tigers. Hulett leads the Panthers in OPS and average, and no doubt fired a two-point shot over the right field wall in Game 2 to continue his impressive start. Hulett homered just three in 43 games last season, but already has five in 22 games this year. When it comes to preparation, not much has changed.

“Bryce takes what the opponent gives him,” Bell said. “He hasn’t changed who he is and he’s taking things one at a time.”

At times, the Panthers look like the dominant team they were on Friday and in wins over High Point and Bucknell. Other times, against better competition, the Panthers have outings like games two and three of the Virginia Tech Series that have fans wondering if they’re even the same team. For Bell, however, inconsistencies are part of baseball.

“I think that’s what baseball is,” Bell said. “Anyone can beat anyone any day, but when we do the little things right, we can win any game.”

But in a tough ACC, where eight out of 14 teams are ranked in the top 25 in all college baseball, the Panthers need to find consistency. But Bell seems ready for the challenge.

“We know we’re going to have challenges over the rest of the season,” Bell said. “But if we keep grinding and controlling what we can control, we’ll be fine.”

The Panthers travel to Happy Valley and play rival Penn State on Tuesday night at 6 p.m.