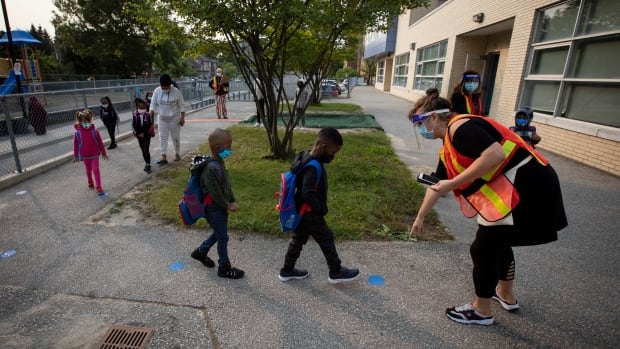 Ontario will delay the return to school until Wednesday, Jan.5, and the province has announced it will provide N95 masks to staff at licensed schools and daycares.

The province also announced that it will deploy an additional 3,000 stand-alone HEPA filter units in school boards. Only low contact indoor sports and safe extracurricular activities will be permitted from January.

Classes were due to resume on Monday in much of the province, but critics have called for clarification of the back-to-school plan in light of the surge in COVID-19 cases.

Several short-term measures will be implemented in schools, such as school-wide virtual assemblies only and more lunch and recess cohorts for elementary school students, reports The Canadian Press.

The province also said it will further restrict capacity at large indoor venues starting at 12:01 am Friday.

Meanwhile, from Friday, state-funded PCR tests will only be available to those at risk of COVID-19, as well as workers and residents of high-risk settings like hospitals, centers. long-term care, retirement homes and collective lives.

Elementary and secondary students and staff who show symptoms are still eligible for a PCR self-collection kit and may receive it through their schools, depending on the province.

You can read more about the province’s new testing rules here.

The province is reaching capacity for 100,000 tests and, given the high positivity rates, he says the virus is widespread in the community.

“We currently can’t test everyone who wants one. I’m sorry we don’t have that capability, we never have, and neither country,” Moore said.

“We need to preserve these resources for those who need them most,” he said, saying the move aims to ensure that those most at risk of serious results have timely access to test results.

“These changes are not unique to Ontario,” he said.

Meanwhile, the province is also updating its COVID-19 isolation guidelines.

Ontario reported a pandemic peak of 13,807 new COVID-19 cases on Thursday, far surpassing the previous record set Wednesday and ahead of an expected announcement from the province’s chief medical officer of health.

Infectious disease experts have said the actual number of new cases is likely much higher than those reported each day, as many Ontario public health units have reached their testing capacity.

The seven-day average of daily cases exceeded 10,000 for the first time in the province and now stands at 10,328. It is on track to double about every five days.

The positivity rates also continued to increase. Public Health Ontario recorded a positivity rate of 30.5 percent Thursday on 67,301 tests, the highest level ever seen in the province. The previous three days saw rates of 26.9%, 24.9% and 24.5%, respectively.

As of Wednesday evening, there were 96,455 test samples in the backlog waiting to be completed – also a new pandemic high.

There were also 200 people being treated for COVID-related illnesses in intensive care units, up from 169 last Thursday.

Health Minister Christine Elliott said the province is working with hospitals to distinguish between patients admitted to hospitals and intensive care with COVID-19 and those who test positive during care for other reasons. Daily data will soon reflect this distinction, she said.

The health ministry recorded the deaths of eight other people with the disease, bringing the official death toll to 10,179.

Moore was supposed to have held a press conference on Tuesday, but it was postponed after US health officials reduced isolation times for COVID-positive Americans from 10 to five days, and also shortened the time in which contacts were made. close need to self-quarantine.

The Ontario Ministry of Health said Moore wanted time to review the changes in the United States before announcing revised policies for the province.

When asked if changing the testing rules was a political decision, Moore countered, saying the province would test everyone if they had the ability.

“We need to pivot, we know there is community activity going on, we will know we will have a risk of transmission, that data needs to be focused to find those who need treatment and to protect those who do. found in high-risk environments, ”Moore said, adding he expects widespread community release of Omicron in the coming weeks.

“Almost one-third to 40 percent of positive tests in Ontario, well over 90 percent of them are Omicron,” Moore said.

“We have to pivot, given the sheer contagiousness of this virus.”

A new study from Public Health Ontario suggests that Omicron is indeed less likely to lead to hospitalization or death than the Delta variant, which resulted in the third wave in the province.

The agency identified 6,314 Omicron cases that saw symptoms appear between Nov. 22 and Dec. 17, and compared them to Delta cases based on age, sex and date of onset.

He found that after adjusting for vaccine status and region, the risk of hospitalization or death was 54% lower in Omicron cases than in Delta cases.

“Omicron appears to be the first dominant variant to demonstrate a decrease in disease severity,” according to the study.

“Although the severity may be reduced, due to Omicron’s transmissibility, the absolute number of hospitalizations and the impact on the healthcare system will likely be significant.”