Official: 6 of 43 missing Mexican students handed over to military 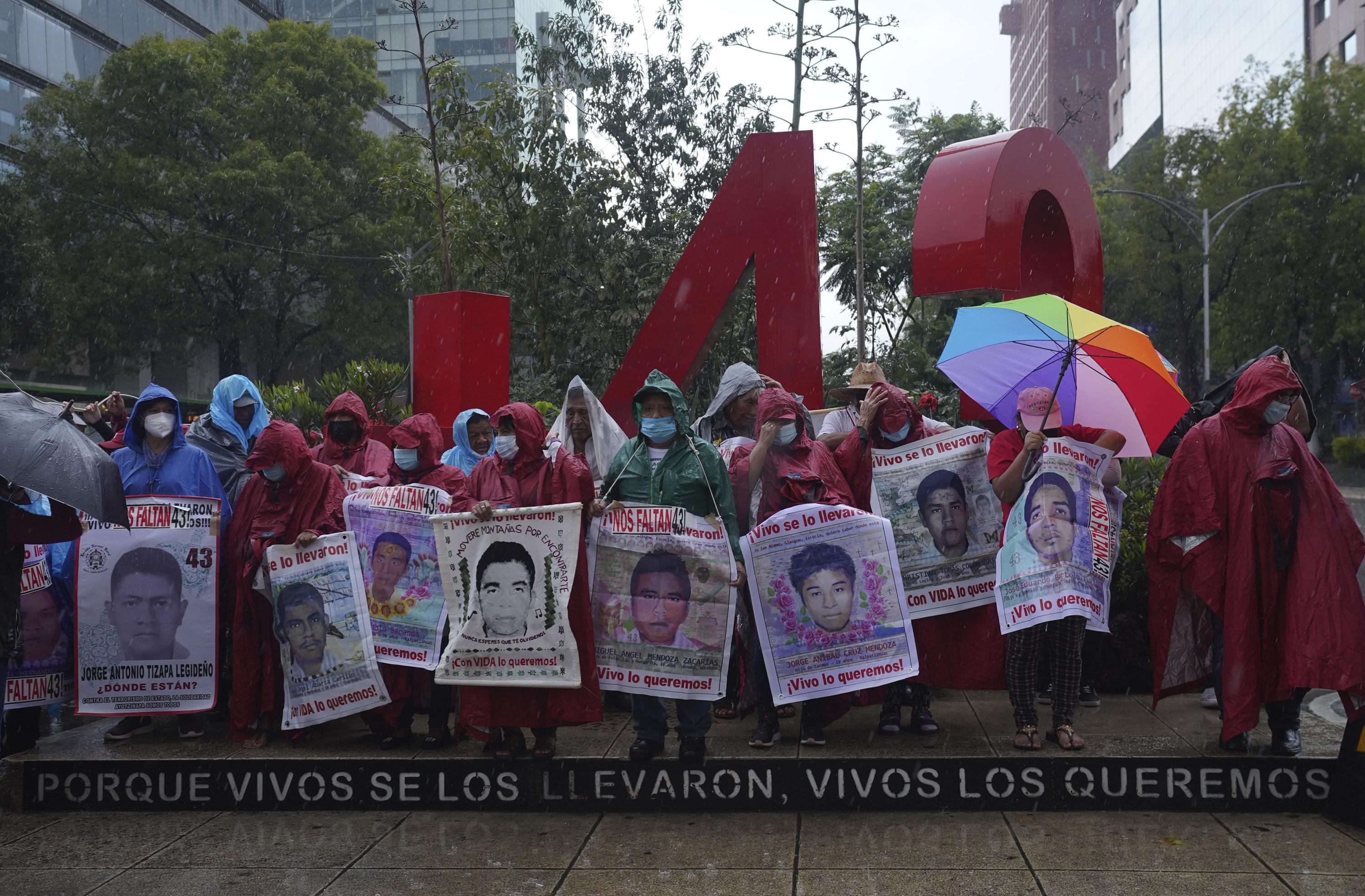 MEXICO CITY (AP) — Six of the 43 students who “disappeared” in 2014 were believed to have been kept alive in a warehouse for days and then handed over to the local army commander who ordered their execution, the Mexican government official said Friday. head of a truth commission.

Interior Undersecretary Alejandro Encinas made the shocking revelation directly linking the military to one of Mexico’s worst human rights scandals, and it came without fanfare as he defended at length the commission’s report published a week earlier.

Last week, despite declaring the kidnappings and disappearances a “state crime” and saying the military watched without intervening, Encinas made no mention of the handover. of six students to Colonel José Rodríguez Pérez.

On Friday, Encinas said authorities were closely monitoring students at the Ayotzinapa Radical Teachers College from the time they left their campus until they were abducted by local police in the town of Iguala that night. A soldier who infiltrated the school was among the abducted students, and Encinas claimed the military failed to follow its own protocols and attempt to rescue him.

“There is also information corroborated by 089 emergency phone calls where allegedly six of the 43 missing students were held for several days and alive in what they call the old warehouse and from there were handed over to the Colonel,” Encinas said. “Apparently the six students were alive until four days after the events and were killed and disappeared on the orders of the colonel, allegedly Colonel José Rodríguez Pérez.

The Department of Defense did not immediately respond to a request for comment on the allegations on Friday.

The military’s role in the disappearance of the students has long been a source of tension between the families and the government. From the start, there were questions about the army’s knowledge of what had happened and its possible involvement. The students’ parents have demanded for years that they be allowed to search the Iguala military base. It wasn’t until 2019 that they had access with Encinas and the Truth Commission.

The commission’s report says the military recorded an anonymous emergency call on September 30, 2014, four days after the students were abducted. The caller reportedly said the students were being held in a large concrete warehouse in a location described as “Pueblo Viejo.” The caller proceeded to describe the location.

This entry was followed by several pages of redacted documents, but this section of the report ended with the following: “As can be seen, clear collusion existed between agents of the Mexican state and the criminal group Guerreros Unidos which tolerated , authorized and participated in the violent events and the disappearance of the students, as well as the government’s attempt to hide the truth about the events. »

Later, in a summary of how the commission’s report differed from the findings of the original investigation, mention is made of a colonel.

“On September 30, ‘the Colonel’ mentions that they will take care of cleaning everything up and that they have already taken care of the six students who remained alive,” the report said.

In a witness statement provided to federal investigators in December 2014, Captain José Martínez Crespo, who was stationed at the Iguala base, testified that the base commander of the 27th Infantry Battalion at the time was the Colonel Jose Rodriguez Perez.

In pouring rain later Friday, the families of the 43 missing students marched through Mexico City along with a few hundred others as they have done on the 26th of every month for years.

Parents carried posters with their children’s faces and rows of current teachers’ college students marched, shouting calls for justice and counting to 43. Their signs proclaimed that the fight for justice continues and claimed: “It was the state”.

Clemente Rodríguez marched for his son Christian Alfonso Rodríguez Telumbre, who was a second student identified by a tiny fragment of burnt bone.

Rodríguez said the families were notified last week before the report about the coronel and the six students was released.

“It is no longer by omission. It’s that they participated,” he said of the military. “It was the state, all three levels of government participated.”

He said the families had not been informed that none of the arrest warrants announced last week against members of the armed forces had yet been executed.

On September 26, 2014, local police removed the students from the buses they had commandeered in Iguala. The motive for the police action remains unclear eight years later. Their bodies were never found, although burnt bone fragments were matched to three of the students.

Last week, federal agents arrested former attorney general Jesus Murillo Karam, who oversaw the original investigation. On Wednesday, a judge ordered him to stand trial for enforced disappearance, failure to report torture and official misconduct. Prosecutors allege Murillo Karam created a false narrative about what happened to the students to quickly appear to solve the case.

Authorities also said last week that arrest warrants had been issued for 20 soldiers and officers, five local officials, 33 local and 11 state police officers as well as 14 gang members. Neither the military nor prosecutors have specified how many of these suspects are in custody.

It was also not immediately clear if Rodríguez Pérez was among those wanted.

Murillo Karam “is the one who told us that the soldiers cannot be hit,” Rodríguez said. “And now we find out that it was the state that participated.”

In a joint statement, the families said the Truth Commission’s confirmation that it was a “state crime” was significant after evidence suggested so over the years.

However, they said the report still did not satisfactorily answer their most important question.

“Mothers and fathers need unmistakable scientific evidence about the fate of our children,” the statement said. “We cannot return home with preliminary signs that do not fully specify their whereabouts and what happened to them.”

President Andrés Manuel López Obrador gave a huge responsibility to the Mexican military. The armed forces are not only at the center of its security strategy, but they have taken over the administration of the seaports and been entrusted with the responsibility of building a new airport for the capital and a tourist train on the Yucatan peninsula. .

The president has often said that the army and navy are the least corrupt institutions and have his confidence.