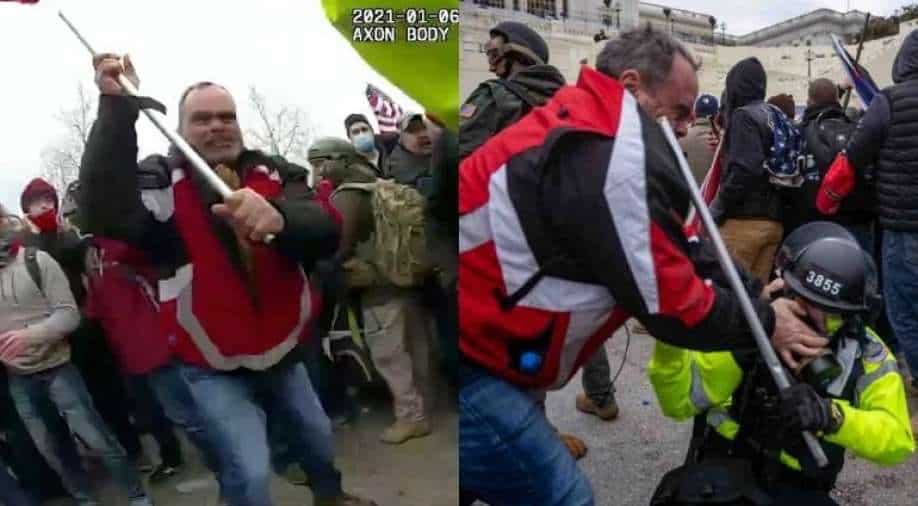 The 20-year veteran of the NYPD was found guilty of assaulting a police officer during the riots by a federal jury on Monday.

Webster, 56, was found guilty of all six counts in his indictment, including assaulting Metropolitan Police Department Constable Noah Rathbun with a metal pole.

This assault alone can earn him up to 20 years in prison.

Webster claims he was defending himself from a “rogue cop” who punched him and accused Rathbun of fomenting the confrontation.

The officer in his testimony denied this accusation.

Webster’s self-defense claim according to an AP report was dismissed based on two videos of his attack on Rathbun.

Even before any physical contact, body camera video of Rathbun recorded the NYPD veteran yelling profanity at him. According to Webster, he was exercising his right to free speech by yelling at the officers.

According to the video, Webster smashed a bike rack on Rathbun, who responded with a slap in the face. Webster describes what happened next as self-defense.

“It was a blow, and all I wanted to do was defend myself.”

Webster swung a metal flagpole towards the officer in a downward chopping motion after Rathbun hit him, hitting a bike rack in front of him. Rathbun then grabbed the broken post and Webster charged at the cop, pinning him to the ground.

He ripped off the officer’s gas mask.

Read also | Attack on the American Capitol: the beginning of the first trial, likely to be watched closely

According to The Associated Press, Rathbun testified that he began to choke when Webster grabbed his gas mask and pressed the chin strap to the officer’s throat.

The trial was the fourth in a Capitol Hill riot case, but the first with assault charges. U.S. District Judge Amit Mehta is due to sentence Webster on September 2.