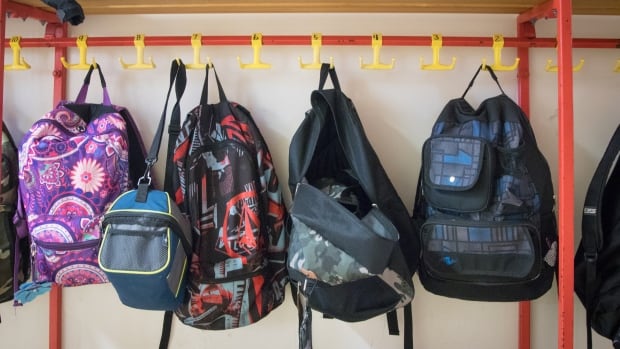 Most Nova Scotia students are now scheduled to return to class on January 10, a few days later than the previously scheduled return date of January 6.

Education Minister Becky Druhan said on Tuesday that the extended vacation would give families more time to monitor symptoms of COVID-19 and make appointments for vaccines.

It will also give schools time to keep classrooms safe by removing extra furniture to leave more space and ensuring staff are aware of the latest public health protocols.

“The COVID-19 pandemic has been stressful, and I understand that we are all tired,” Druhan said in a briefing Tuesday afternoon.

“Parents, teachers and even students can have concerns about going back to school. Public health has assured us that schools remain safe. “

School staff will report to work January 4-7, and the Learning Resource Centers will reopen on January 4, except at the Chignecto-Central Regional Education Center, where they will open on January 5.

Dr Robert Strang, the province’s chief medical officer of health, said testing is now focused on those most at risk for serious illness and hospitalization.

“We are extending this method to schools because COVID-19 is generally a mild illness for children,” he said.

Strang has so far said there have been no cases of children hospitalized with COVID-19 in the province.

When classes resume, no non-essential visitors will be allowed into schools, there will be no large gatherings or events, and a strict cohort will be implemented.

All staff and students will be provided with a three-ply fabric mask and all students will be advised to wear it or equivalent. Masks must be worn indoors at all times, except when eating or drinking.

The province plans to distribute faster tests to students, depending on the availability of federal government supplies. More information will be provided to families the week of January 4.

Strang said immunizing children and anyone eligible for a booster is important protection for children, adding that about 40% of eligible children aged 5 to 11 in the province have yet to start their streak. primary vaccine.

Stacey Rudderham, administrator of the Nova Scotia Parents for Public Education group, said the organization agrees that the best thing for students is face-to-face learning, but there are still concerns about ventilation, vaccinations and health advisories. ‘exposure.

“It’s worrying that we kind of continue to believe that kids aren’t as affected by COVID as others because it doesn’t seem to be anymore,” she said in an interview with CBC.

She said reminders are currently isolated for age groups and some teachers have not been able to obtain them.

Rudderham said that at the end of the day parents want to be informed and it is important to know that teachers can be in the classroom and that there is no shortage that forces substitutes in and out. of style.

“We are not going to stop the spread”

Nova Scotia has been hit by a spike in new COVID-19 cases in the past two weeks, with a peak of 689 new cases reported on December 23.

Strang said he hopes Nova Scotia has reached the peak of the Omicron wave, but the province has yet to see a real drop in cases.

“We’re not going to stop the spread of this variant like we’ve done in other waves,” Strang said. “Our goal now is to slow it down to protect our most vulnerable.”

Strang said hospitalizations had increased moderately and the number of healthcare workers on sick leave due to a positive test or close contact “is a fundamental problem.”

“It creates pressure. There is no doubt about it.”

Strang said there is often a two to three week lag between a peak in cases and hospitalizations.

As of Friday, there were 15 people hospitalized, including four in intensive care. The province did not update this number this week.

Restrictions at Glace Bay Hospital and Inverness Consolidated Memorial Hospital began on December 27 and will continue until January 3, 2022.

At Glace Bay Hospital, inpatients will only be entitled to one regular visitor. One designated support person per day continues for:

At Inverness Consolidated Memorial Hospital, inpatients are not permitted to receive visitors except for one designated support person per day for:

Small outbreaks have been reported recently in hospitals across the province, including the Halifax Infirmary, Dartmouth General Hospital and St. Martha’s Regional Hospital in Antigonish, Nova Scotia.

Also on Tuesday, the province announced that the Cumberland Regional Health Care Center in Amherst would close the Women’s and Children’s Unit overnight on December 28 and 29.