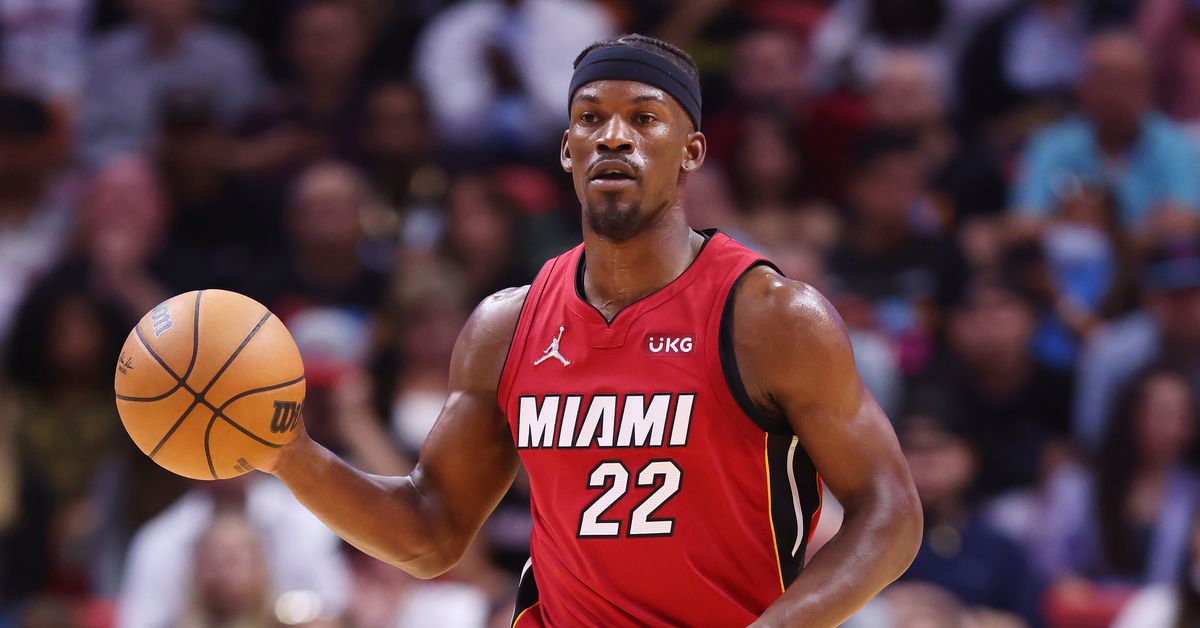 We have a packed NBA slate on Wednesday with 12 games on the schedule, with a doubleheader on ESPN featuring Suns-Heat and Trail Blazers-Jazz. Here’s a look at the injury report of the day, along with the relevant fantasy and betting implications.

With Nesmith out, look for Jayson Tatum and Jaylen Brown to continue to take most of the forward minutes for the Boston. The Celtics have been hot lately, so Tatum and Brown are solid anchors for DFS rosters.

Update – After missing Monday’s game, Vucevic is available on Wednesday. He should have a solid game against the Pistons frontcourt without his best defensive player.

Vucevic’s status will impact Tristan Thompson, which likely ranks as a mid-tier utility game in the fantasy/DFS formats.

Update – Hayes is out, so Cunningham and Bey are in line for big minutes against the Bulls on Wednesday.

Stewart is out, which opens up more minutes for Jerami Grant in the frontcourt. If Hayes is out, Cade Cunningham and Saddiq Bey would see more minutes.

Update – Johnson was ruled out, opening up more minutes for Jae Crowder and Mikal Bridges on the perimeter in that game.

Update – There is big news for the Suns; Booker will be back for Wednesday’s game. The guard automatically becomes a fantasy/DFS star, while leveling up some of the rotational players around him.

There’s still no official word on either player, but the Suns played a game on Tuesday and could add more personnel to that report if the players need to be rested.

Update – Butler is out, while Martin is available. That probably tips the lines over to the Suns, because Butler is the heartbeat of this Miami team. We’ll see what the rotation looks like, but Herro and Robinson will benefit from a fantasy/DFS perspective.

Butler was downgraded to doubtful so there’s a chance he’ll miss this game. Tyler Herro and Duncan Robinson would be expected to take over, and Victor Oladipo would also be a good option even though he is limited on minutes.

Update – As expected, Huerter will play against the Bucks on Wednesday.

Huerter is likely to leave, which caps Bogdan Bogdanovic and Danilo Gallinari on the perimeter. All three are still decent plays for the Hawks, who will be looking to go deep against Milwaukee.

Update – James is back after missing a game with a knee problem. He’s been on a tear lately and should be able to propel the Lakers past Houston single-handedly.

James was left out of the team’s last game, so he should be good to go here. Monk and Horton-Tucker are good rotational players with some advantages in fantasy/DFS contests.

Update – Wood was ruled out and Jae’Sean Tate is also out for Houston. Green and Kevin Porter Jr. are now the leading scorers for this Rockets team, with Eric Gordon also a valuable option.

Wood is Houston’s leading scorer, so Jalen Green would likely take on a bigger offensive workload if the forward was out.

The Timberwolves could again do without Beverley, Edwards and Russell. Jaden McDaniels and Jaylen Nowall could be great options tonight depending on how those injuries progress.

Ingram was ruled out of Tuesday’s game at New Orleans, so we’ll see if he can fit in an important game for the Pelicans on Wednesday.

The Magic are coming out of a game on Tuesday, so Suggs could be rested in this one. Cole Anthony would be the natural fantasy/DFS game if Suggs is ruled out.

Brunson was upgraded to likely, so he’s likely ready to go and becoming a valuable option against a porous Knicks defense.

Update – Robinson is officially a game-time decision with an illness, so the Knicks could roll with Taj Gibson at center more in this contest.

With Reddish and Toppin out, RJ Barrett is the star option here for the Knicks. The striker has been playing well lately and now has little competition for minutes in his position.

VanVleet will play. Even with some Raptors reporting shenanigans, the point guard ultimately only missed a handful of games. Gary Trent Jr. remains a nice added value since OG Anunoby is still absent.

Update – Both guys are good at playing.

Both players in Spurs’ rotation appear to be on board, although Vassell has more upside as a creator and perimeter scorer.

Update – Simons is out, so maybe Keon Johnson is a good value option because someone needs to score for Portland. However, it’s hard to trust anyone in Portland right now.

Simons is the only Blazers player deserving of entry into Fantasy/DFS contests, so there may not be good options if he’s left out.

Barton is getting good minutes for Denver, so look for Bones Hyland, Austin Rivers and Monte Morris to absorb them if the starter is ruled out with that injury.

Sabonis was suspended for one game due to contact with an official. The league takes these incidents seriously, so the big man came out against the Nuggets on Wednesday.

The Clippers wing was ruled out on personal business. This elevates Terance Mann and Nicolas Batum in fantasy/DFS contests.