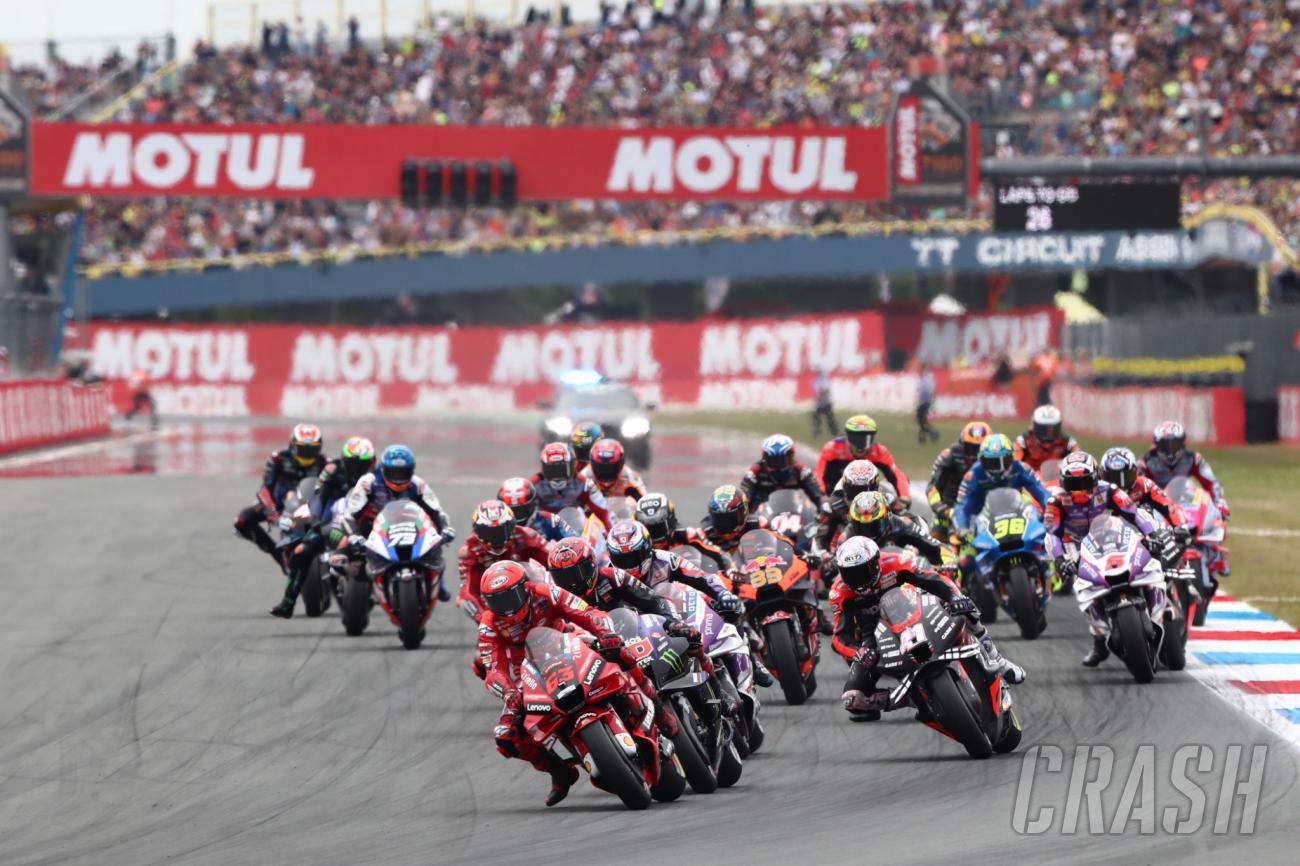 The news broke at the Red Bull Ring on Friday and was officially confirmed at a special press conference on Saturday.

However, the final details have yet to be agreed.

The only thing certain at this point is that there will be a Sprint race on Saturday afternoon each round, half the normal distance and awarding half the points (12.5 for a win), and that she not replace the normal qualifying sessions (Q1 and Q2).

“It was the objective of the championship to try to improve everything as much as possible, working in all areas,” said Dorna CEO Carmelo Ezpeleta. “We looked for other sports, different possibilities, to put on a better show.

“It has been discussed with the FIM, the manufacturers and the teams.

However, the idea of ​​the Sprint race received a mixed reception from MotoGP riders Friday.

Responding to complaints that riders were not aware of the decision in advance, Ezpeleta added:

“The riders must be informed by the teams. Those who had not been informed, I spoke about it yesterday in the Security Committee. We shared different opinions and we will consider different positions.

“We will have a sprint race on Saturday, it will not count for the grid, and the rest [of the details] we can discuss.”

IRTA President Hervé Poncharal said: “If you don’t move forward, you go backwards. While our show is great, that doesn’t mean you can’t improve.

“We had a meeting with all the independent MotoGP teams and they unanimously supported the idea. It will also be better for the media and the sponsors.

” There will be no more [costs] because there won’t be any more action on the track, so we won’t need to change the tire or engine allocation.

“We will try not to give the riders more work, but to provide more action and excitement.”

Adding a Sprint race to each round will mean more than 40 MotoGP races in 2023.

Which practice session(s) will be scrapped to make way for the new Sprint race remains to be decided, as does whether a Sprint race victory will be considered a “grand prix victory”.

On the one hand, it is still a MotoGP race, on the other hand, this would effectively make comparisons of results with former riders (total wins, podiums, points, etc.) largely meaningless.

FIM President Jorge Viegas made his preference clear: “A win is a win, so why shouldn’t it count?”

MotoGP rules currently award full points if a race is stopped after 3/4 distance, while the minimum length allowed for a restarted race is only 5 laps.

Moto2 and Moto3 will continue to have a single race on Sunday.