Most dikes in southwestern British Columbia could fail under stress, 2015 report says 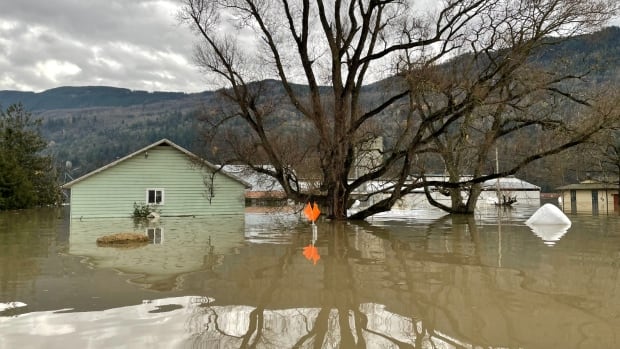 A levee rupture in Abbotsford, British Columbia, which contributed to catastrophic flooding across the Sumas Plain was scheduled in a 2015 review for the provincial government.

The dike was “too low,” “inferior” and “probably needs updating,” according to a report by Northwest Hydraulic Consultants for the Forestry Department, which examined 74 dikes across the Lower Mainland.

The report examined dikes that stretch over 500 kilometers, representing about half the total length of those in the province.

The conclusions were grim: 71% of them could be expected to fail during a major “design event”, while none of the dike segments met seismic standards along its entire length.

In addition, half of the 178 orphan dykes in the province – which are not under any government – were in “bad or failing” condition. Their upgrade would cost $ 865 million, according to a separate 2020 report to the province.

“We’ve always known that the Fraser can generate great flooding, but we also need to look ahead and not increase our exposure and vulnerability over time,” said Steve Litke, senior executive at Fraser Basin Council, which helps educate organizations and governments about healthy watersheds in southwestern British Columbia

With several atmospheric rivers slated for the Lower Mainland this weekend, the stability of these dikes – and why so many of them are considered to be in poor condition – is under investigation again.

Many municipalities in the floodplain

Since the end of the 19th century, dikes have been installed throughout the Lower Mainland. They are the main defense against major damage in the region’s floodplain, which includes virtually all of Delta, Richmond, Pitt Meadows and Kent, and much of Surrey, Port Coquitlam, Abbotsford and Chilliwack.

Litke says part of the reason for the bad grades is decades of wear and tear, but also now higher engineering and environmental standards. He added that a lot of work has been done at local and regional levels to improve flood mapping and reduce risks.

But that does not solve the problem of paying for improvements – which now falls entirely on municipalities, which have limited means to generate revenue, competing for funding from higher levels of government.

“We could never get away with taxes. We would bankrupt the town,” Pitt Meadows Mayor Bill Dingwall said last year, after a staff report said it could cost around $ 121. millions of dollars. to modernize the city’s dikes.

A report from the city in 2020 said “almost all” of its levees “Will exceed or fail in the most extreme flood events”.

The province’s 2015 report surveyed five Pitt Meadows dikes and found them all in less than fair or bad condition – and all rated worse than the Sumas Lake salvage dyke which failed this month.

While 86 percent of Pitt Meadows is part of the region’s floodplain, the municipality has historically struggled to receive funds for improvements due to its small population.

“Our dikes are from the 1930s, 1940s which are not good enough,” Dingwall said. “We really need federal dollars. That’s the bottom line.”

What else can we do?

Experts in flood mitigation say that dikes are not a quick fix; and point out other protections that municipalities can use.

They include restoration of wetlands and dunes, modification of land use policies to limit the number of buildings and economic activity in the most vulnerable areas, stricter regulations in risk areas and realignment. existing dykes to leave more room for the expansion of rivers.

“There is this perceived security called the ‘levee effect’ that makes people think, ‘Once the levee is in place, we are safe and we can over-develop,'” said Lilia Yumagulova, who studies resilience to natural disasters. and who wrote his doctoral dissertation on the Metro Vancouver Flood Management System.

“What are [other] choice ? How can we reduce disaster risk and build resilience to floods? “

In response to questions from CBC News, the provincial government said it had spent nearly $ 103 million to support dike improvement and risk assessment projects since taking office, although during At a recent press conference, Public Safety Minister Mike Farnworth admitted “there is more to do”, promising a new strategy and new flood legislation in 2022.

In the meantime, municipalities like Pitt Meadows know they have work to do, while admitting that they are catching up.

“We’ve done our homework. We know the deal,” Dingwall said. “Now we just need the dollars. “