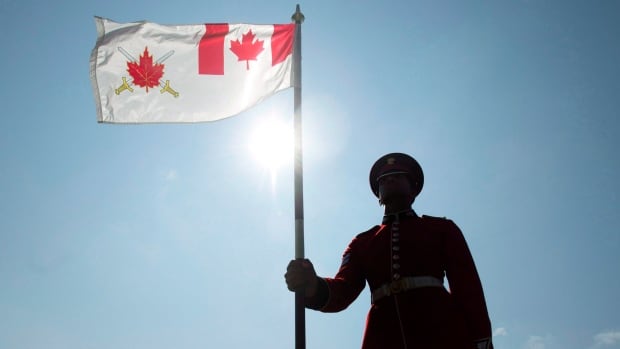 A lengthy and detailed report by former Supreme Court Justice Louise Arbor on sexual harassment and misconduct in the Canadian military is due out today.

National Defense Minister Anita Anand has had the report for more than a week and is holding a press conference at 12:30 p.m. ET with Arbor and Chief of the Defense Staff Gen. Wayne Eyre.

On Monday, I will join the Honorable Louise Arbour, General Eyre and Deputy Minister Matthews for the release of the final report of the Independent Comprehensive External Review into Sexual Misconduct and Sexual Harassment at @NationalDefence and the @CanadianForces.

More than a year ago, the government commissioned Arbor to lead an external review to provide it with recommendations on establishing an independent reporting system that would allow complainants to report their cases without fear of reprisal.

Critics have accused the military of failing sexual misconduct complainants for decades.

Former Navy member Dawn Mcllmoyle went public on the cover of Maclean’s magazine in 1998 and said she was sexually assaulted when she was 19. The best soldier in the Canadian Armed Forces at the time, General Maurice Baril, reportedly said that “society asks us to be better”.

Mcllmoyle said she is still waiting for the military to change its culture and wants to see an action plan announced today.

“Next year will be 25 years since all of this happened,” she said. “What happened? Nothing but reports being written. It’s frustrating. … Words without deeds mean nothing.”

Since January 2021, the credibility of the Forces has been undermined by a relentless series of sexual misconduct scandals.

Experts said they couldn’t think of another army anywhere in the world that has seen so many top leaders swept away in scandal at once.

Since the beginning of February 2021, 13 current and former senior Canadian officers have been sidelined, investigated, or forced to retire from some of the most powerful and prestigious positions in the defense establishment.

Former Chief of the Defense Staff, retired General Jonathan Vance, pleaded guilty to obstruction of justice in March. Major Kellie Brennan, a staff officer at Army Headquarters, told Global News that she and Vance had an on-going intimate relationship. She later testified before a parliamentary committee and claimed that Vance fathered two of her eight children.

Vance’s former human resources chief, Vice Admiral Haydn Edmundson, has a 13-day criminal trial scheduled for next year. He was charged in December 2021 with sexual assault and indecent acts. Edmundson denied any wrongdoing.

Other senior military officials have been criticized for supporting the perpetrators and accused of failing to help survivors of military sexual trauma.

Anand and Eyre issued a long-awaited and historic apology last year to the women and men whose lives have been hurt by sexual assault, misconduct and discrimination in the military.

In one of her first acts as Canada’s new defense minister, Anand announced last fall that she would act on Arbor’s interim recommendation and transfer the investigation and prosecution of cases of sexual misconduct within the Canadian Forces to the civilian justice system.

Attempts to cover up misconduct

Over the past year, CBC News has documented attempts to cover up alleged misconduct and the re-traumatizing effect on complainants of a flawed reporting process.

One of Canada’s most prominent women in the military resigned in March 2021, saying she was “disgusted” by continued reports of sexual misconduct in the Armed Forces.

Two other senior female officers said in March they would leave the navy because they claim top leaders failed to hold their subordinates accountable for spoiling a sexual misconduct case.

Arbor’s report is the second such independent review in the past seven years.

In 2015, former Supreme Court Justice Marie Deschamps’ landmark report found that sexual assault, harassment and intimidation were rampant in the Canadian Armed Forces – and that senior leaders condoned it.

The Canadian Armed Forces have been criticized for not fully implementing the recommendations of the Deschamps report.

“Prevent the military from saying they did not know”

Charlotte Lantoine-Duval of the Canadian Global Affairs Institute studies culture change in the Canadian Armed Forces. She participated in consultations with Arbor in the fall of 2021.

She said this report “was not necessary on its own” as previous reports have yet to be properly implemented. It still has value, she added.

“It’s going to give us additional insight into the issues,” Lantoine-Duval said. “And that can keep the military from saying they didn’t know.”

Lieutenant General. Jennie Carignan, head of professionalism and conduct, was also tasked with changing military culture and said she foresees a five-year campaign.

WATCH: Then-Defense Minister Sajjan is asked about the need for a second review:

Defense Minister Harjit Sajjan spoke to reporters on Thursday about the plan to change the way the military deals with sexual misconduct.