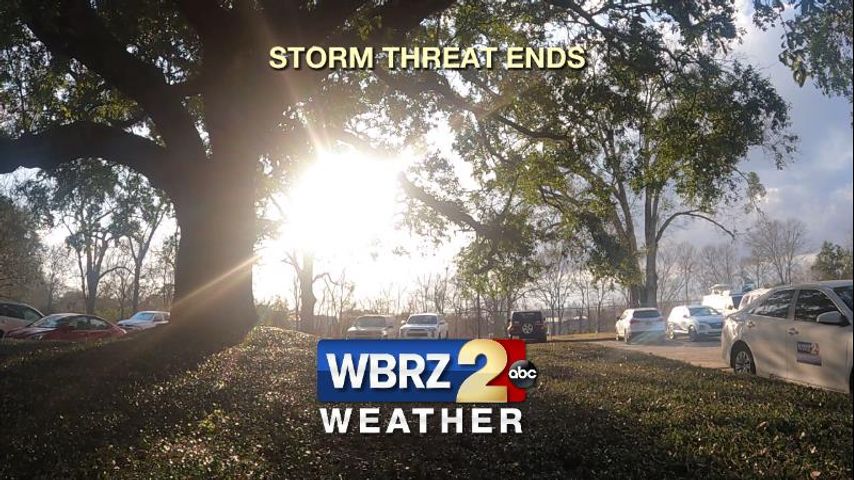 Much calmer weather is in store for the remainder of the 7 day forecast. Temperatures will slowly rise from five degrees below average to five degrees above average.

Next 24 hours: As the final showers and thunderstorms move east of I-55, skies will clear overnight. Southerly winds will veer west and decrease to 10-15 mph. This will help guide in some cooler air and low temperatures will dip into the upper 40s. Wednesday is shaping up to be the start of a nice spell of early spring weather. With near full sunshine, high temperatures will reach the upper 60s with 5-10 mph northwesterly winds.

Following: Thursday morning will start cool with low temperatures in the mid 40’s. A weak upper level disturbance swaying through the region on Thursday could bring a few clouds to the sky, but no excitement will ensue. The day as a whole will be mostly sunny with high temperatures in the 70s. Friday morning looks to be the coldest time in the 7 day forecast with low temperatures in the 40s. Skies are expected to remain clear throughout of the weekend with high temperatures ranging from low 70s on Friday afternoon to high 70s on Sunday afternoon. The next rain is not expected until at least the middle of next week. CLICK HERE for your detailed 7-day forecast.

While the threat of severe weather has passed, leaving most of the viewing area unscathed, there were several large, non-thundery gusts of wind on Tuesday that caused occasional power outages. Here are some of the higher numbers.

The explanation: A cold front and associated thunderstorms will continue to move eastward through the region overnight. While the deep trough of low pressure aloft will not pass immediately, we will notice the effects of the cold front from tonight into Thursday. Lows tonight will fall in the upper 40s to mid 50s. Wednesday will be dry and sunny with highs in the lower 60s to upper 60s. As the upper level trough begins to swing Thursday morning, low temperatures will drop into the low 40s. The lift created by the center of this trough may raise some mid to high level clouds on Thursday. An upper ridge of high pressure will remain mostly over the Rocky Mountains throughout the weekend as the atmosphere warms very slowly over the region. On the surface, the high will gradually work eastward from the plains to the east coast of Florida from Friday through Monday. With no significant onshore winds until at least Monday, if that happens soon, the threat of precipitation will be minimal until Tuesday. At the surface, dry air will keep morning lows on the cool side of average this weekend, around 5 to 8 degrees below normal. Highs are likely to be fairly near normal through the weekend, then with the return of overland flow on Monday, this should bring high temperatures to the 80s for the middle of next week.

The Storm Station is there for you, on all platforms. Your weather updates can be found on News 2, wbrz.com and the WBRZ WX app on your Apple Where android device. Follow WBRZ weather on Facebook and Twitter for even more weather updates while you’re on the go.