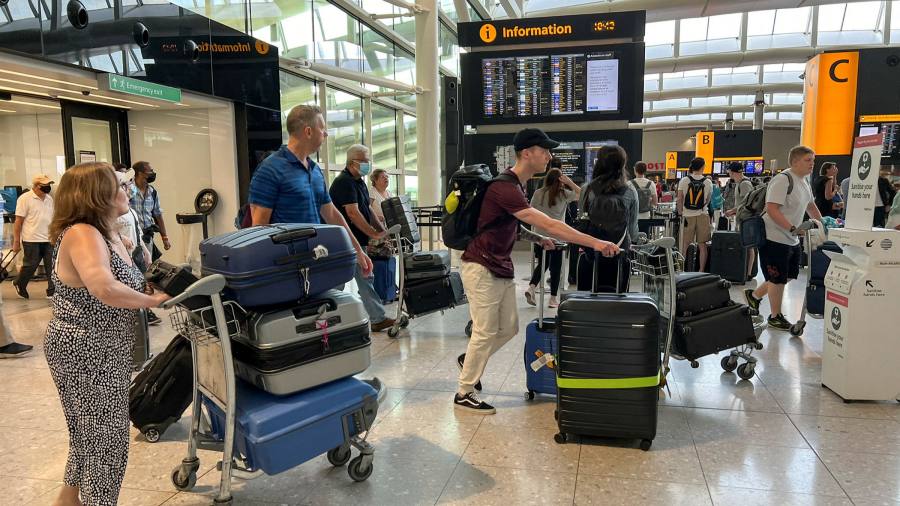 Passenger flow through London Heathrow has improved after the airport imposed a cap on flights, its chief executive said.

He was speaking as the UK’s busiest airport released its results for the six months to the end of June, with profits rebounding from a pandemic-hit performance last year. Adjusted profit before interest, tax, depreciation, amortization and amortization rose to £744m from a loss of £33m the previous year. Revenue rose to £1.3bn from £348m in the half.

The group in its statement said “the shortage of airline ground handling is now the constraint on Heathrow’s capacity”. The number of ground handling staff has fallen sharply over the past two years as airlines cut costs during the pandemic, he said.

Heathrow estimates that airline ground handlers have “no more than 70% of pre-pandemic resources, and there has been no increase in numbers since January”.

Holland-Kaye blamed the airlines for the problem. Operations went smoothly until the end of June, when “things started going in the wrong direction”, he said.

“We started to see planes arriving late to the stand, late getting baggage on and off, in some cases planes leaving without baggage, and even last-minute cancellations,” Holland-Kaye said. “This trend was getting worse. Punctuality deteriorated.

This is because there was not enough “ground handling capacity used by airlines”, he said.

This prompted Heathrow to put a cap in place to ensure it balances passenger demand, he said. “It was not an easy choice to make. It was the right thing to do. Passengers benefit.