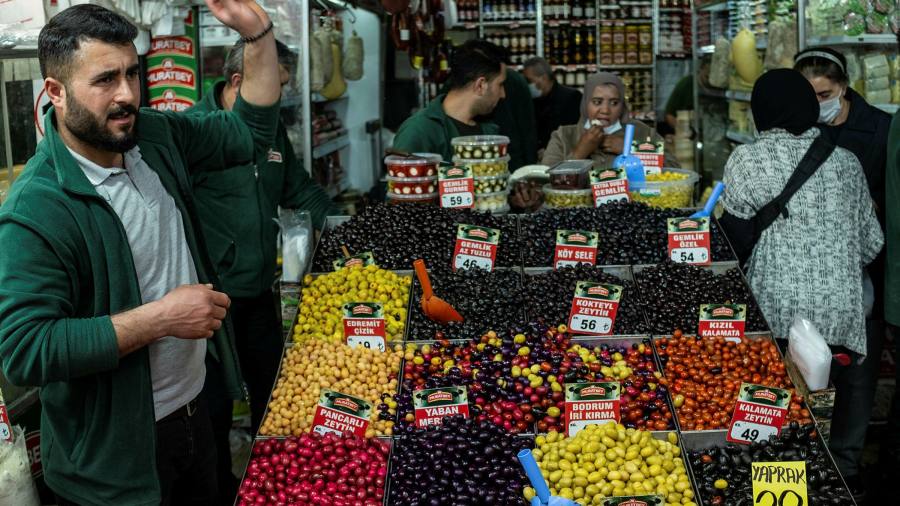 The Molson Coors chief executive said cost inflation was now his biggest concern after the US brewer saw a further rise in prices for inputs like barley, aluminum and freight.

This uptrend took away some of the shine from consumer demand that otherwise seemed resilient despite broader concerns about rising interest rates, inflation and a possible economic recession.

“The consumer has shown up in many, many recessions. . . be resilient in terms of beer purchases, so I would pick input costs as the biggest concern” regarding inflation, chief executive Gavin Hattersley told the Financial Times.

Behind Hattersley’s concern is the $434 million year-over-year jump in cost of goods sold to $2.1 billion in the second quarter. Revenue was barely changed at $2.92 billion, the maker of Miller Lite and Blue Moon beers reported Tuesday.

About half of the rise in costs was due to inflation and mainly the increase in the price of freight, natural gas and inputs like barley and aluminum, Hattersley said. The rest was due to investment in the “premiumization” of the company’s brands.

Hattersley said the brewer has “cushions” in the form of hedges for some of its costs and intentionally keeps its stocks of unfinished goods and inputs high, including a year’s supply of barley, in case supply chains deteriorate.

Molson Coors experienced growth in its upscale and economy segments. If consumers were to opt out of more expensive beverages, Hattersley said the company was “ready to pivot” its diverse beverage portfolio towards more value-oriented options.

Due to rising costs, Molson Coors’ net income fell 88% from a year ago to $47.3 million. After taking into account certain fluctuations in market value and other costs, adjusted profit of $260.1 million slightly exceeded Wall Street forecasts.

Shares closed down 10.5% in regular trading on Tuesday.