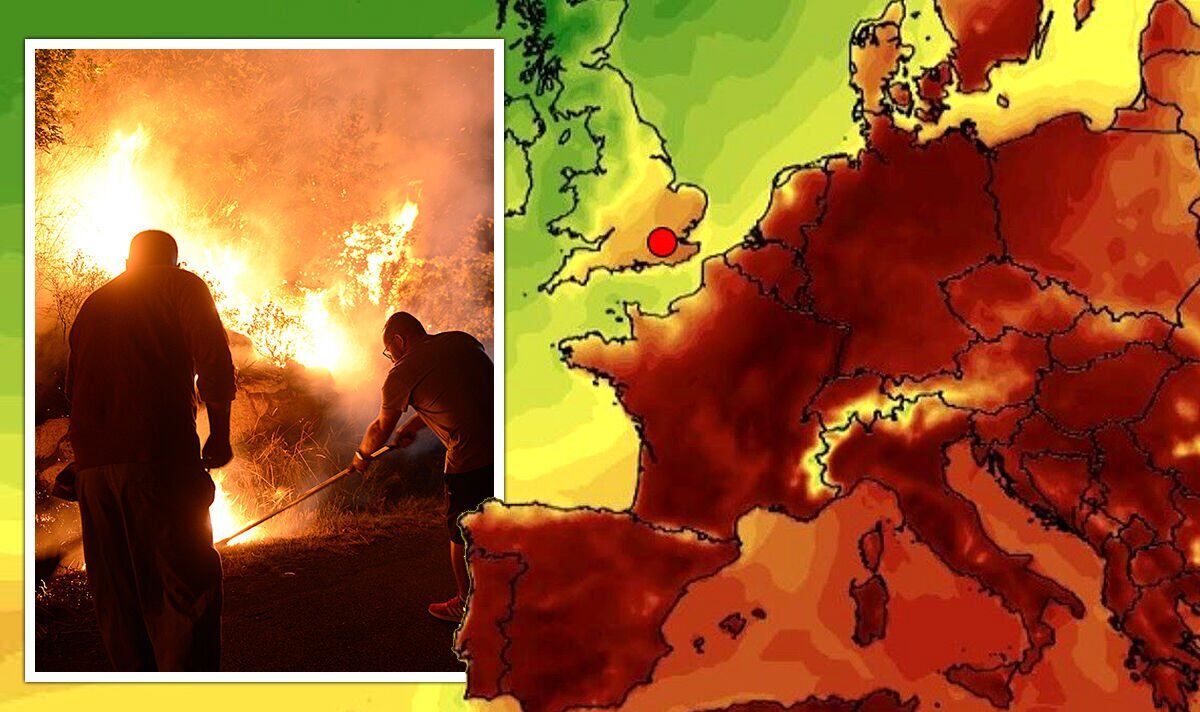 An orange alert has been issued in nine of Spain’s provinces for “intense heat”, with temperatures expected to exceed 42C. The eastern region of Extremadura will see the hottest temperatures on Monday.

Cáceres and Badajoz, the provinces that form Extremadura, are joined by Salamanca, Ávila, Toledo, Seville, Cordoba, Jaén and Ourense to broadcast weather warnings.

Temperatures are not expected to drop below 39°C in Extremadura on Monday.

Salamanca and Ávila will see 40C, according to the forecast, as will Ourense, in Galicia.

For the moment, Andalusia, Madrid, the Basque Country and Aragon remain on yellow alert.

Also under this umbrella of yellow warnings are Catilla y Leon, Catalonia, Navarre and La Rioja.

Temperatures for much of the country between 35C and 38C fall under this yellow warning.

Catalonia and Valencia are likely to feel the force of the thunderstorms as the day progresses.

The scorching temperatures are expected to last until mid-week.

They said: “It cannot be ruled out that it will end up being classified as a heat wave, especially in the south-west of the peninsula, although it will not be as extraordinary as that of mid-July.”

The warnings come just days after Spanish Prime Minister Pedro Sanchez called on workers to ditch their bonds in a bid to save energy in the heat.

Mr Sanchez told a press conference that by losing the ties, workers will be less dependent on expensive air conditioning units.

He said: “It means we can all save energy.”

The country has also been affected by a series of devastating fires in several Spanish regions in recent weeks.

Around 200,000 hectares of land are believed to have been destroyed by forest fires in Spain this year.