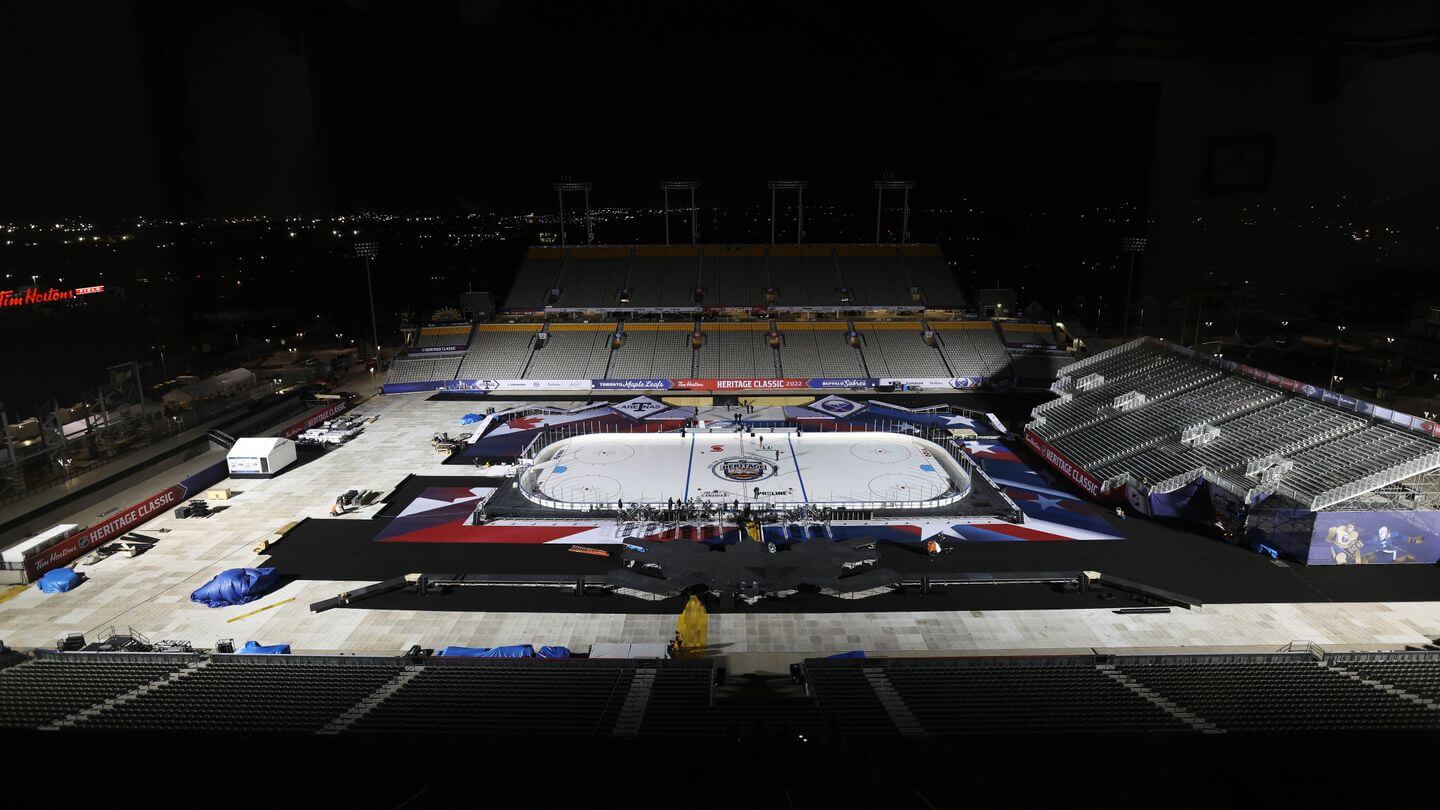 After 53 years of fighting, the Sabers and Maple Leafs finally come out.

Hamilton, Ont., is today the “center of the hockey universe” as fans from Buffalo and Toronto meet near the middle for the Heritage Classic (4 p.m. ET, TNT in the US; Sportsnet at Canada). While the rivals have totaled five outdoor games, this is the first against each other. It’s also the first of six Heritage Classics to feature an American team, so the NHL takes the international angle and drapes half of the football stadium in red and white, and the other half in red, white and blue.

It should stay around 30 degrees with a 70% chance of flurries throughout the game. The forecast also calls for wind gusts of up to 28 mph.

Buffalo’s home games against Toronto usually feature overwhelming numbers of Leafs fans, and this “home game” is no exception. Of course, the Sabers are 72-30-9 against Toronto at home, so they’ve long prided themselves on quieting the “Go, Leafs, Go” crowd. They will have their work cut out for them today.

Toronto is among the best in the Atlantic Division with a 37-16-5 record. Buffalo is near the Atlantic bottom at 19-32-8. The teams have shared their two meetings this season. The Maple Leafs won 5-4 at Buffalo in November, and the Sabers left Toronto 5-1 earlier this month.