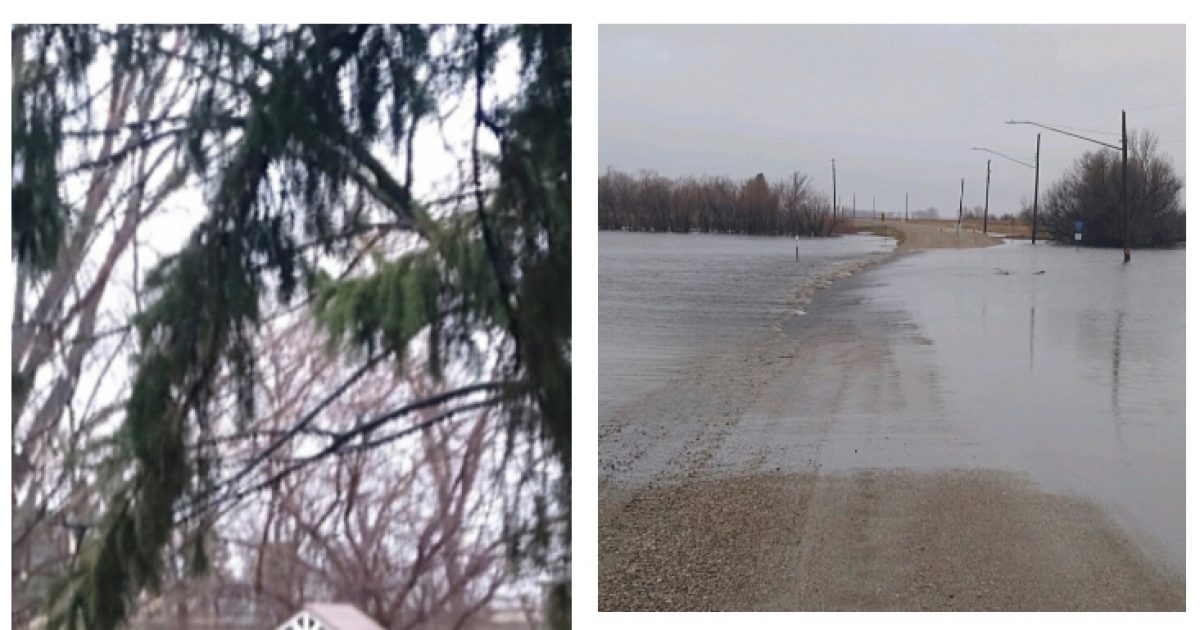 The National Weather Service issued a flood warning for much of the region due to heavy rain.

The GFSO reports that several roads are experiencing surface flooding in Grand Forks County. The most severe impact occurred along Cole Creek, south of Grand Forks. Reportedly, some homeowners use sandbags to hold water.

Motorists traveling on Highway 2 west of Bagley and Highway 92 north of Zerkel are urged to drive with caution. There is water on the road. Signage has been placed in the area. East Grand Forks officials report that several streets under water are closed to traffic. Residents who must use these streets to get to their homes should exercise caution when crossing flooded areas.

With the combination of heavy rain and melting snow, the Grand Forks sanitary sewer is operating at full capacity. City officials are asking residents to make sure sump pump pipes are running outdoors and to reduce water usage a bit to reduce pressure on the system.