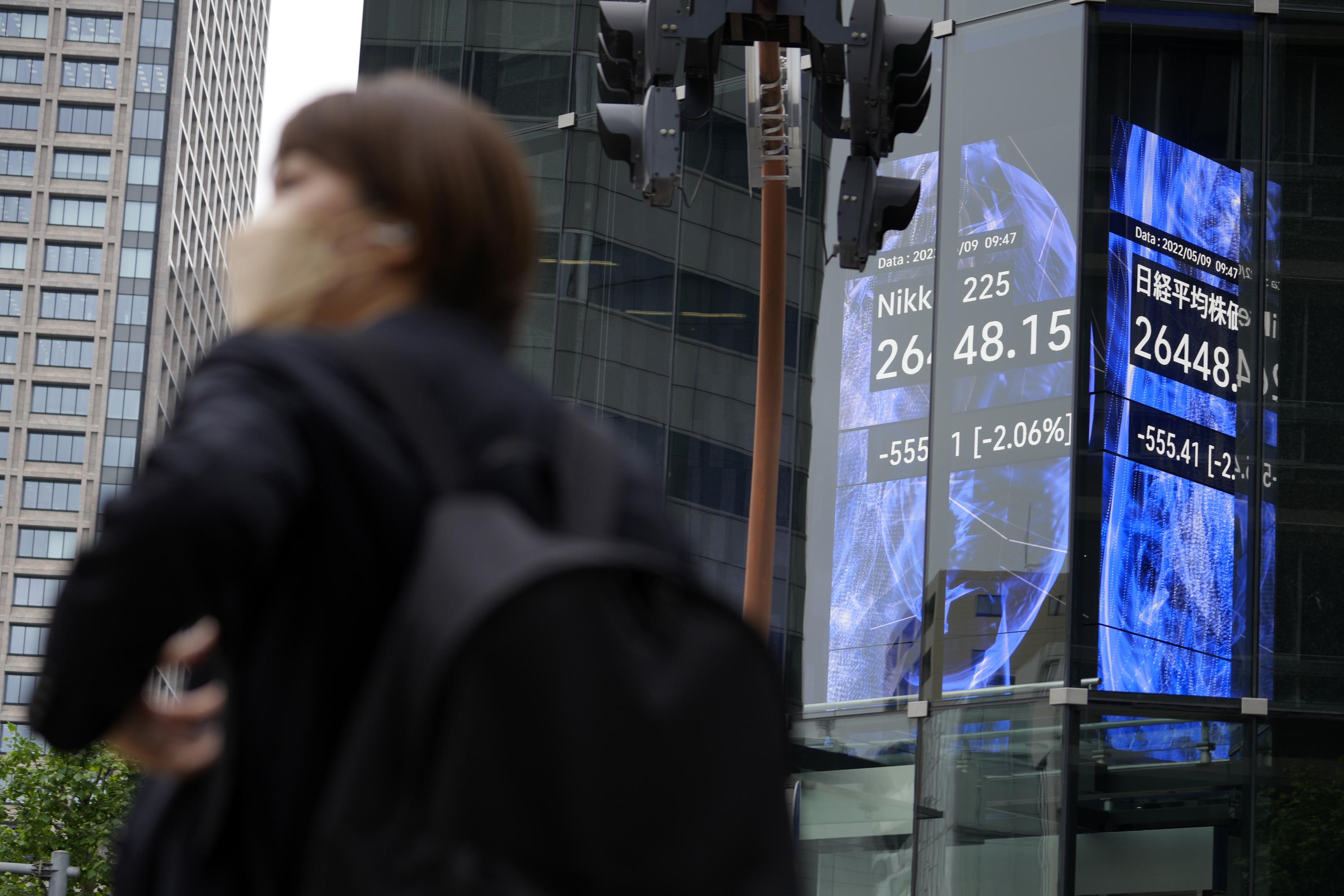 China declared its exports rose 3.7% from a year earlier in April to $273.6 billion, down sharply from March’s 15.7% growth as global demand weakened. It added to pressure on the world’s second-largest economy after Shanghai and other industrial cities were shut down to fight virus outbreaks.

Companies and investors fear that the ruling Communist Party’s “zero-COVID” strategy, which has temporarily closed most businesses in Shanghai and other industrial hubs, could disrupt global trade and activity in the automotive, electronics and other industries.

But the slowing global economy is also taking its toll.

“Part of the blame lies with the COVID-19 outbreak in China, which has led to labor shortages and bottlenecks in the logistics sector. But the scale of these disruptions does not should not be overstated,” Julian Evans-Pritchard said in a comment. “Instead, the drop in exports appears to primarily reflect weaker demand.”

The Shanghai Composite was little changed, adding nearly 0.1% to 3,004.14. Markets were closed in Hong Kong for a national holiday.

Investors were awaiting the outcome of the presidential election in the Philippines, although it is still unclear how economic policies might change. The son of the long-ago ousted Philippine dictator, Ferdinand Marcos, is the leading candidate in Monday’s vote, according to most voter preference polls.

A turbulent week on Wall Street ended Friday with further losses and the stock market’s fifth consecutive weekly decline. The pullback came as investors balanced a strong U.S. jobs report against fears the Federal Reserve could cause a recession in its bid to halt inflation.

In addition to concerns about inflation and coronavirus restrictions, the war in Ukraine remains a major source of uncertainty. More than 60 people are believed to have been killed after a Russian bomb razed a school used as a shelter, Ukrainian officials said. Moscow forces pushed their attack on the defenders inside the Mariupol steelworks in an apparent race to capture the city ahead of Russia’s Victory Day holiday on Monday.

“Russia’s VE Day today will also bring geopolitical risks back into the spotlight. President Putin is likely to reiterate his justification for war in Ukraine, but markets could watch any further efforts to step up military operations to secure war,” said Yeap Jun Rong, market strategist at IG in Singapore.

The Fed hopes to raise rates and slow the economy enough to stifle the highest inflation in four decades, but it risks stifling growth if it goes too far or too fast.

In energy trading, benchmark U.S. crude fell $1.29 to $108.48 a barrel in electronic trading on the New York Mercantile Exchange. Brent crude, the oil pricing basis for international trade, edged down $1.15 to $111.24 a barrel.