Forecast for Sydney, Melbourne and Brisbane: Wet weather easing in NSW but brewing in west and south 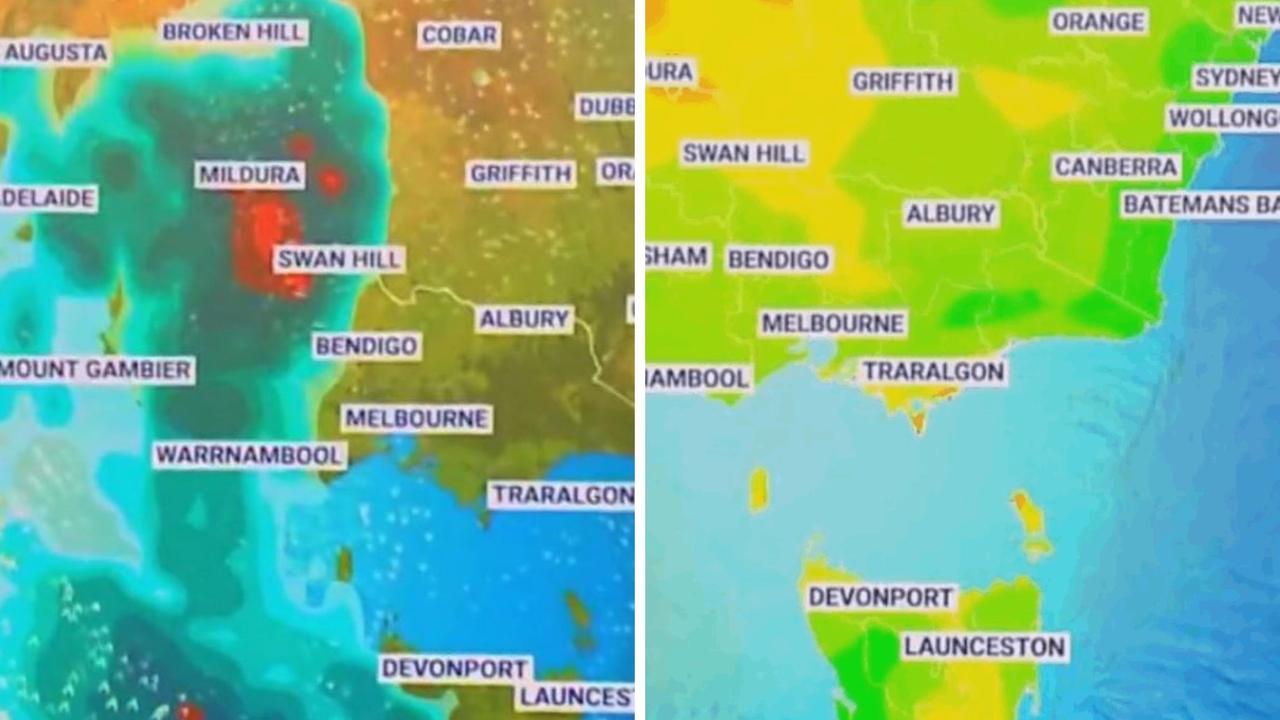 After torrential rains last week, meteorologists are predicting that a whole new part of Australia could be waiting for soggy conditions.

There are bold predictions that “wet weather is over” – at least for much of the east coast and at least for now.

But other parts of Australia could get very soggy over the coming week as a band of rain rolls south across Western Australia. The north could also be tempered.

The relief in New South Wales will be palpable, however, with Sydney exceeding its average annual rainfall total last week – nine months earlier.

“There are not as many showers coming,” said Sky News Weather meteorologist Rob Sharpe from NSW.

“Inland there are still thunderstorms which will end as we go through the day on Sunday and there will only be a strange downpour on the NSW coast.

“And so by the end of the weekend, the wet weather is over.”

In Sydney, a trickle of rain is expected on Sunday while Monday promises to be gloriously sunny. Highs of 25-27C are expected with overnight lows of 17C.

A few showers are possible from Tuesday to Thursday but they will be nothing like what was seen last week.

However, wet weather is bubbling up in WA.

It could hit Adelaide on Thursday and then Victoria next weekend, although Mr Sharpe stressed there was some uncertainty about the impacts the system will have so far.

However, it could bring eight-day totals of up to 50mm to parts of the south, including Tasmania, Victoria and the southernmost parts of NSW.

Wet in Perth on Sunday with up to 8mm of rain with showers easing on Monday then clear skies on Tuesday. Highs are expected to be in the low to mid 20s and climbing as the week progresses with lows of 13C.

Esperance could experience heavier falls, up to around 20mm per day on Monday and Tuesday.

Clear skies with highs of 27-29C and lows of 16C in Adelaide for the next few days but expect 15mm of rain on Thursday.

Mainly sunny in Melbourne on Sunday with highs of 27C. The mercury is expected to drop to 18C on Monday and Tuesday with lows as low as 10C midweek.

A possible light shower on Monday then stronger falls on Friday.

A few showers in Hobart on Monday then again on Friday. Between these two days, the weather should be partly cloudy with some sunshine. Highs of around 20C falling to 8C by dawn on Tuesday.

A fairly dry week in Canberra with some rain on Tuesday. The mercury will peak at 25C on Monday but mostly stabilize around the 20C mark, then drop to 10C overnight.

No rain for Brisbane to start the week with days temptingly approaching 30C and then 20C at dawn. Wednesday could see a few showers and then continue into the weekend, but totals will be modest.

The rain intensifies later in the week for Darwin. Clear skies and 35C through Wednesday. After that storms will come with 10mm mid week then up to 20mm Friday and Saturday.