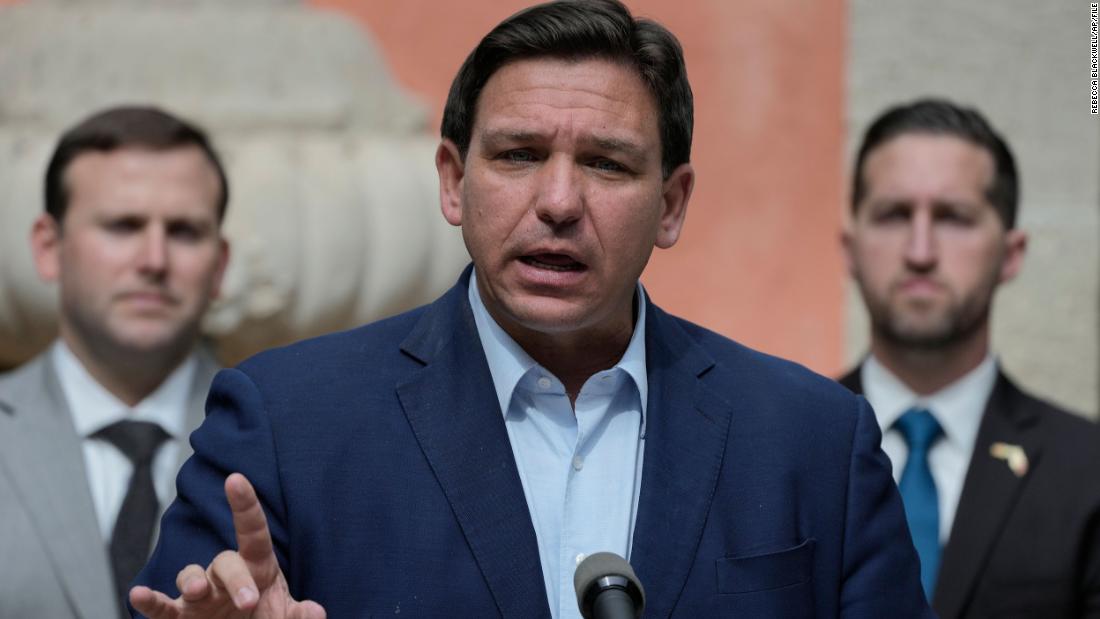 Within hours, Republican lawmakers delivered, swiftly advancing a pair of bills targeting Disney over its objections to a new law limiting classroom teaching about sexual orientation and gender identity.

“Once upon a time Disney was a great partner with the state of Florida,” said Rep. Jackie Toledo, a Republican from Tampa. “We gave them privileges because of our shared history, common goals and shared successes. It’s shameful Disney has betrayed us.”

It now seems almost certain that by the end of the week, the longstanding symbiotic arrangement that has helped make Disney an iconic entertainment brand and Florida an international travel destination could be dissolved.

Democrats have accused Republicans of retaliating against Florida’s largest private employer in a way that will ripple through the state’s important tourism economy.

“Punishing a company for daring to speak out against a governor’s hard-right political agenda is precisely the kind of thing we see in countries like Russia and China,” said State Representative Dotie Joseph, a Democrat from the Miami area.

Disney did not respond to a request for comment on Tuesday.

The blow to Disney comes in the form of a bill to unravel the 55-year-old Reedy Creek Improvement Act, a unique Florida law that helped establish Walt Disney World in the state by giving the brain behind Mickey Mouse operational autonomy.

GOP-controlled committees in the State House and Senate voted in favor of a bill that would end the special district on June 1, 2023.

Another bill, seeking to subject Disney to state law that allows people to sue Big Tech companies for censorship, also passed initial committees Tuesday afternoon. Disney had obtained an exemption from the bill last year. A federal judge blocked the law but Florida is appealing the decision.

The votes came hours after DeSantis, in a surprise bombshell announcement, called on lawmakers to strike down the Reedy Creek Improvement Act. Lawmakers were already scheduled to meet in Tallahassee this week to pass new congressional maps.
Republicans in Florida and Disney have been at odds for months over legislation banning schools from teaching young children about sexual orientation or gender identity. After initially refusing to weigh in, Disney CEO Bob Chapek publicly slammed Florida lawmakers for passing what opponents called the ‘Don’t Say Gay’ bill and apologized to LGBTQ employees. of the company for not being a stronger defender.

Chapek announced that the company would stop making political donations in Florida after decades of generous contributions, mostly to Republicans, including a $50,000 donation to DeSantis’ re-election effort.

DeSantis called Disney a “woke society” and criticized its activities in China. After DeSantis signed the bill, Disney wrote in a statement that its “goal” was to have the law repealed or thrown out in court.

Despite rising tensions, few Florida Republicans expected them to make the unimaginable move to undermine the operations of their most iconic company. The Reedy Creek Improvement District covers Disney properties near Orlando, allowing the company to manage land within its boundaries and provide its own utilities, such as firefighting and the police. The arrangement also has significant tax benefits for Disney.

But DeSantis, widely seen as a 2024 presidential candidate, has vowed to challenge any business that enters the political arena to support progressive causes. He was joined in the fight by primetime hosts Fox, who in turn slammed Disney and urged people to turn their backs on Mickey Mouse.

Last month, DeSantis signaled his support for Disney’s removal of its hallowed status.

“Disney has alienated a lot of people now,” DeSantis said. “And so the political influence that they used to have, I think, has dissipated. And so the question is, why would you want to have special privileges in the law? And I don’t think that we should.”

Given the choice between DeSantis, their party’s most popular elected leader, and Disney, the state’s most iconic corporation, it was clear Tuesday that Republican lawmakers sided with DeSantis.

“You kick the hornet’s nest, things happen,” said state Rep. Randy Fine, the bill’s Republican sponsor, before the measure passed the business affairs committee. of the House by 14-7. “This bill targets a company. It targets the Walt Disney Company. You want to know why? Because it’s the only company in the state that has ever been granted the right to govern itself.”

Next steps are unclear

It’s unclear which dominoes will fall next if lawmakers continue. Fine said he hasn’t spoken with Disney or surrounding cities and counties that would likely have to take over the government functions the company has performed for decades. He said Disney and other stakeholders have a year to come up with a plan. He hasn’t ruled out amending and expanding the Reedy Creek Improvement District when lawmakers meet in 2023.

Disney’s unique Florida arrangement has not been without its critics over the years. Some have complained that the company is not paying its fair share of taxes. Others said he was given an unfair advantage over the competition.

But Democrats said Republicans were rushing into a plan out of retaliation, not good policy. They said the bill as written contradicted an existing state law that says a majority of residents must vote to eliminate a special district – which is mostly made up of Disney employees in Reedy Creek. .

“Reedy Creek has a budget of over $350 million; they’re almost $1 billion in debt,” said Sen. Randolph Bracy. “Residents of Orange County in Central Florida would have to absorb all of this debt, and it’s something we can’t handle. So I think it’s fair to say this legislation is unnecessary. , but it is also clearly retribution.”