Extreme weather for wildfires on the rise around the world, study finds 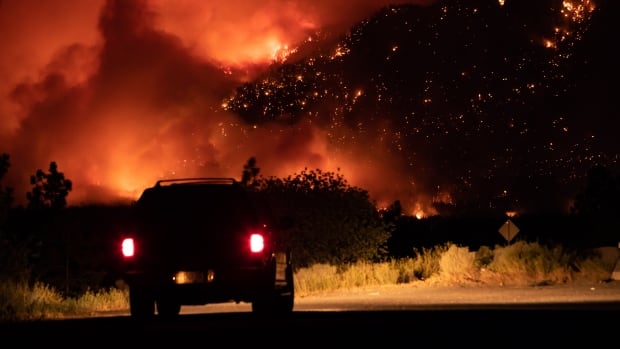 New research suggests the risk of extreme wildfires is increasing around the world, with some of the largest increases in Western Canada.

The research, conducted by Natural Resources Canada and published Thursday in the journal Nature, indicates that rising temperatures and falling humidity are the main drivers of change.

“Our forecast for the future shows these same trends,” said lead author Piyush Jain. “We can expect the fire weather to become more extreme.

Previous research has found that fire seasons are lengthening, with an associated increase in the amount of forest burnt. Jain and his colleagues wanted to see how the extreme fire risk had changed at the same time.

They used a tool called the Fire Weather Index, a numerical assessment that uses information about temperature and precipitation to assess the danger of an out-of-control forest fire.

In Alberta, a fire weather index of 19 is considered very high. A fire started under such conditions is likely to exceed the efforts to extinguish it.

During the years 1979 to 2020, this index for the interior of British Columbia increased from 10 to 20 points.

Globally, the index has increased by an average of 14 percent.

Last summer, a period of very hot and dry weather pushed the fire risk in British Columbia into uncharted territory – what fire officials called “extremely extreme.” Soon after, the village of Lytton was devastated when a fire broke out.

“Extreme weather conditions for fires have increased over large parts of the earth,” Jain said. “There are particular regions where there are larger trends, like western North America.”

Researchers have found a strong correlation between extreme weather for fires, temperature and humidity, which affects how dry forest fuels are.

“Most of the trends can only be explained by these two trends,” Jain said. “It’s really just the fact that we have warming up and drying out events.”

He said these trends are in line with predictions made by climate models, which all suggest the future will be hotter and drier.

“It just confirms that climate change is increasing fire time.”

Jain warns that the fires are also affected by other factors, such as land use.

The extreme weather for fire study focuses attention on the wildfires that do the most damage, Jain said. In Alberta, 97 percent of forest fire damage is caused by three percent of fires.

Understanding where fire risk has increased the most could help fire officials plan for future fires, Jain said.

“It helps to know which areas are most affected by these increases in fire time.”